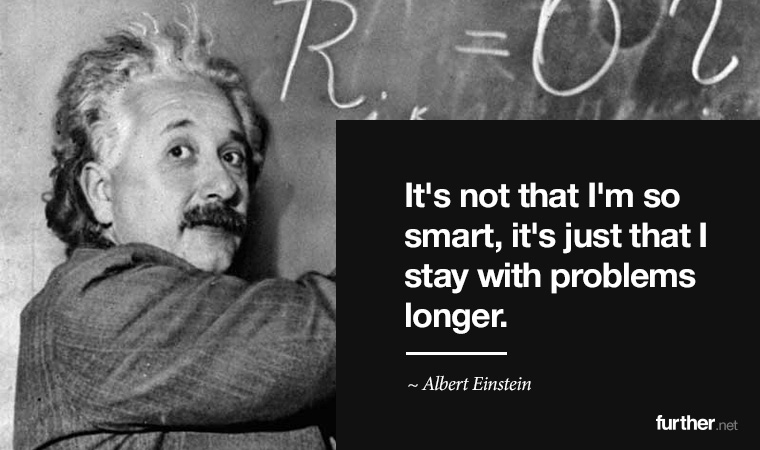 We tend to get things like this wrong because we’re mostly cognitive misers. In other words, we preserve our mental resources when dealing with what the world throws at us, even to a fault.

Instead of applying higher brain power automatically, we use what are called heuristics to take mental shortcuts when making decisions. It’s why we look to the behavior of others for cues on how we should act (called social proof), or suffer from confirmation bias – the tendency to look for and interpret information in a way that confirms our own beliefs or theories about how the world works.

Often these shortcuts are valid and useful. It’s only when we resort to heuristics when we should be using cognitive mechanisms with greater processing power that we get in trouble. Unfortunately, we tend to use the shortcuts as a rule, which leads to bad decisions.

This is true even among people who score highly on IQ tests. Don’t you know at least one otherwise highly intelligent person who seems to lack a shred of sense? That’s “dysrationalia” at work – the propensity to take the mental shortcut instead of “staying with the problem longer.”

The person who thinks better wins. Stated another way by Keith Stanovich, emeritus professor of applied psychology and human development at the University of Toronto, you must take the time to “form rational beliefs and take rational action” to succeed.

But how do we do that to achieve our goals?

Think back to the methodology proposed as an alternative to ineffectual positive thinking. Psychologist Gabriel Oettingen calls it WOOP:

Or, how about the WRAP process from the book Decisive by Chip and Dan Heath:

Whichever clever acronym floats your boat, the point of these exercises is to stay with the problem longer in order to make rational decisions that lead to smart, effective action. Seems to have worked out okay for that Einstein guy.

By the way, our title today is an obvious play on Think and Grow Rich by Napoleon Hill, one of the bestselling books of all time. While largely anecdotal, it wasn’t some “Law of Attraction” tripe like The Secret. Check this:

“Wishing will not bring riches. But desiring riches with a state of mind that becomes an obsession, then planning definite ways and means to acquire riches, and backing those plans with persistence which does not recognize failure, will bring riches.”

“Radical life extension isn’t consigned to the realm of cranks and science fiction writers any more,” says David Masci, a researcher at the Pew Research Centre. To back that up, some scientists think the first person who will live to 1,000 years is probably already alive.

With that market opportunity on the table, there’s a modern quest for the Fountain of Youth happening in Silicon Valley, with a hedge fund manager named Joon Yun stepping in for Ponce de León. Yun’s Palo Alto Longevity Prize has 15 scientific teams searching for the secret to extending human lifespans well beyond 120.

While you’re waiting for that to develop, try eating these foods and stepping it up to live longer. You know, just in case the Silicon Valley scientists get distracted by a wicked game of ping pong.

After last week’s issue (plus your burning desire to live forever), you’ve developed a simple, sensible way to eat. Now it’s time to fine tune your understanding about calories and weight loss with these 7 Common Calorie Myths We Should All Stop Believing.

If you’re looking for healthy and ultra-convenient meals, start with The 13 Best (and Healthiest) Food Subscription Boxes. Personally, I shy away from anything marketed as (Blank) in a Box ever since that SNL sketch with Justin Timberlake.

We kicked off the year talking about meditation and mindfulness, and the media blitz has only intensified on the topic. Now even the Harvard Business Review is weighing in, claiming that “Mindfulness should no longer be considered a ‘nice-to-have’ for executives. It’s a ‘must-have.'” Mindfulness Can Literally Change Your Brain.

I suppose that Apple guy made a few bucks: Here’s How Zen Meditation Changed Steve Jobs’ Life And Sparked A Design Revolution. But fair warning, if you’re not seriously interested in true change, don’t bother meditating.

Startup, cash out, travel the world? Not necessarily in that order: How I Built a Startup While Traveling to 20 Countries. If starting your own company and traveling the world isn’t going to fly with your significant other, perhaps improve your negotiation skills instead?

“That’s a problem for future Homer. Man, I don’t envy that guy,” said the esteemed Homer Simpson … and we’re all more like him than we care to admit: It’s Time to Get Acquainted With Your Future Self. Good news, though – brain scans may help doctors provide us better advice based on our own unique wiring so we achieve better results as our future selves.

They say “Power corrupts; absolute power corrupts absolutely,” and science proves it. Brain scans show that feelings of power light up areas of the brain which indicate sociopathic tendencies. So lighten up, Francis.

All of the following articles are worth your time and will enhance your wisdom. I present them, however, without commentary – because if the headline doesn’t do it for you, it’s not worth doing:

Enough for this week, thank you for reading and telling your friends. You have been, right?

Lie to me if necessary. 😉

Many have been asking about archives, and I’m working something up. In the meantime, three past issues are linked above, and here are two others: