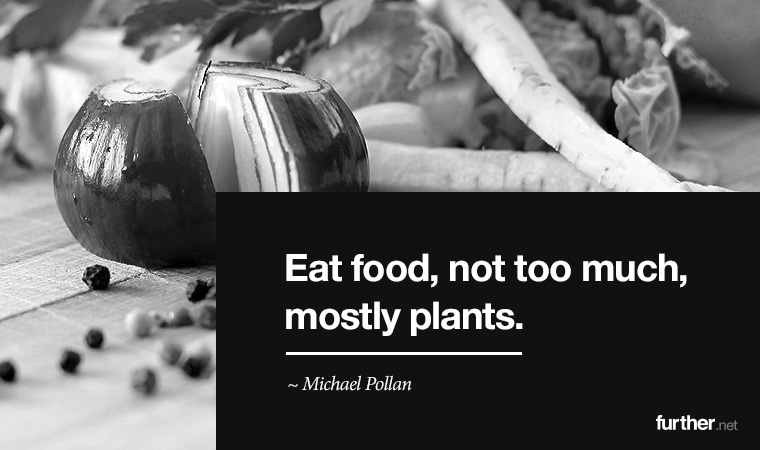 My guess is there are a few people out there trying to lose weight at the moment. And while hitting the gym is a great idea, weight is lost in the kitchen, meaning it’s what you eat (and don’t eat) that matters most when dropping poundage.

For the last few years, there have been two dominant and seemingly hostile tribes when it comes to the best way to eat. In one corner, we’ve got plant-based advocates. Snarling at the other side of the ring are the paleo proponents.

Let’s take a quick look at both approaches.

“Plant-based” is often seen as a clever rebranding of vegan, but that’s not correct. I can eat nothing but Justin’s dark chocolate peanut butter cups, french fries, and Twizzlers to qualify as vegan. I just wouldn’t qualify as healthy, or an adult.

Veganism is all about what you don’t eat, namely animal products of any kind. Plant-based commonly means you don’t eat those things as well, but your diet is fundamentally powered by vegetables and fruits, not Twizzlers.

“Paleo” refers to a diet based on what our pre-agricultural ancestors ate, which means no grains, legumes, and dairy products. You can, however, eat plenty of meat and eggs.

The Paleo approach is often lumped in with other “low carb” diets, such as Atkins, where copious amounts of red meat become the cornerstone of consumption. But did our ancestors really sit around all day eating Brontosaurus burgers?

“That’s a myth,” says anthropologist Nathanial Dominy, PhD from Dartmouth College. “Hunter-gatherers, the majority of their calories come from plant foods … meat is just too unpredictable.”

Turns out, our Paleolithic forbearers mostly ate plants. When they scored a kill, they loaded up on protein, but this was not the primary staple of their diet because it happened only when it happened. And deep freezers were invented later.

So, what’s the answer? Seems author Michael Pollan sums it up nicely:

Eat food, not too much, mostly plants.

By food, Pollan means whole, unprocessed foods. And his statement is not necessarily exclusionary of animal products.

My personal “plant-based” diet is exactly that – meals that have vegetables and some fruit as the fundamental anchor. I do eat sustainably-raised and grass-fed meats, wild-caught salmon, and cage-free eggs for protein, but avoid dairy and grains.

If you want to eliminate meat and other animal products for ethical and ecological reasons, I highly respect that. And there are plenty of vegans who kick ass athletically (check out No Meat Athlete).

That said, it’s up to you. Just don’t get caught up in the religious fervor of one camp or the other — it’s not that complicated and life is too short.

All this food talk has got me hungry. Check out the rest of this week’s issue while I raid the fridge.

Now, for the rest of the story: “Sure, weight is lost in the kitchen,” says Dr. Yoni Freedhoff. “But health is gained in the gyms.” Also: “Active older people resemble much younger people physiologically, according to a new study of the effects of exercise on aging.” Plus, there’s no such thing as “healthy obesity,” so drop that Twizzler and get moving.

The good news is these workouts keep getting shorter: How to Burn Major Calories in 6 Minutes Before Breakfast.

If the weight isn’t falling off like you expect it should, it might be because of one of these 5 Reasons Why Your Weight Loss Efforts Aren’t Working. Also, don’t be fat, but eat the right fats, if you want to live longer.

Research has already shown a counterintuitive correlation: the more hours you work, the lower your overall output, and ostensibly, the lower your wages. Newer research shows that you actually might be more productive if you limit your hours at work rather than expanding them: “For work that is largely self-directed, and which requires intellectual engagement, you may achieve more in an hour of hard work than in a day’s worth of procrastination.”

If this doesn’t get you excited, nothing will: How to evaluate mutual funds to boost your returns. And here’s an app that rounds up your everyday purchases and invests your change in an index fund.

Whether you’re starting a business, beginning a new job, or on number “X” of either, good mentors are invaluable. Studies show that people with solid mentors make more money and are happier than most. Might not hurt to check out these tips for finding (and keeping) awesome mentors.

As the release of the Apple Watch approaches, expect to hear more and more about the quantified self. That’s the “movement to incorporate technology into data acquisition on aspects of a person’s daily life in terms of inputs (e.g. food consumed, quality of surrounding air), states (e.g. mood, arousal, blood oxygen levels), and performance (mental and physical).”

Of course, concerns that wearable tech could turn us into navel-gazing slaves to the smartwatch are already being expressed. Like anything, that depends on you, not the tech. Some fantastic possibilities are emerging as the quantified self movement collides with the connection of all things to the Internet. Welcome to the Internet of Self.

Science discovers what we’ve been told all along: gratitude and forgiveness are not only good things to practice, they’re good for us.

Understanding yourself is step number one when it comes to wisdom. After that, it certainly doesn’t hurt to be able to accurately read others, no matter what your objective. Here’s an engaging and educational guide: How To Read People Like Sherlock Holmes: 4 Insights From Research.

Lots of new subscribers this week, welcome! What are you thinking so far? Hit reply to this email and send me a testimonial, a suggestion, or even a complaint.

And maybe forward this issue to a friend? Thank you!