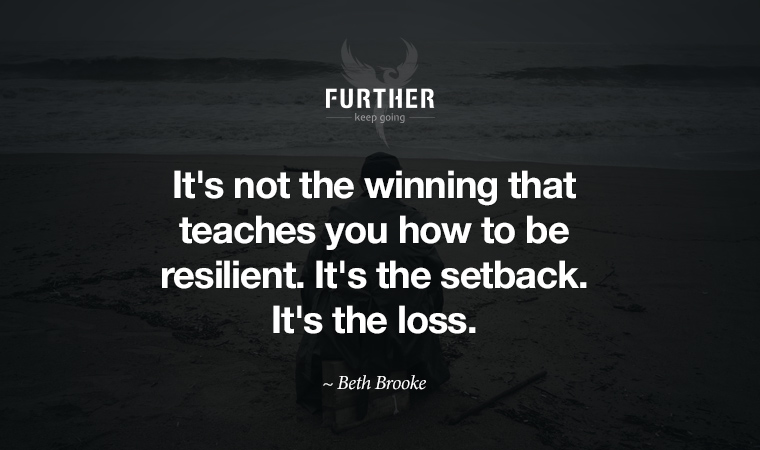 Gen Xers are the Rodney Dangerfield of generations … we don’t get no respect.

It’s become downright comical the extent we’re ignored. Sure, we’re a smaller group sandwiched between the Boomers and Millennials, but there’s still more than 65 million of us in the US alone.

So what does it take to get some recognition? Is it the fact that we pretty much rule popular culture and technology at this point?

It seems that it has taken a global pandemic for anyone to sing our praises — to even call us by name.

That’s from an article by Courtney Dabney that serves as both a love letter to and a morale booster for her fellow Gen Xers. And she’s not wrong — we are uniquely qualified to deal with COVID-19:

All of the sudden, folks are impressed by our remarkable resilience, our ability to entertain ourselves for hours on end, and our willingness to shelter in place without whining.

Let’s face it, we’re the resilient generation. We’d already weathered 9/11 and the Great Recession as adults before the pandemic hit, and our Cold War childhoods were mushroom-clouded by the constant threat of nuclear war.

It would be nice to be known for something else. But we’ll take what we can get, as always. The real question is, what’s next?

We’re going to get through this, but things are not going back the way they were in many ways. For one thing, many of the technology disruptions we’ve talked about — such as AI and automation and augmented and virtual reality — are predicted to arrive even faster due to the pandemic.

Over at Forbes, Robert Glazer writes about how COVID-19 Will Permanently Change The Way Every Generation Lives, and his thoughts on X are interesting:

Many Gen-Xers will likely come out of all this thinking long and hard about what they really want to be doing for the remaining few chapters of their life, I expect a lot of voluntary and involuntary career changes.

That’s been true before the pandemic. Midlife itself causes us to reevaluate our priorities in search of more meaningful pursuits, and we’re more likely to be laid off regardless.

But I suspect all of the above is going to intensify. At the same time, the prospect of retirement looks even more unlikely. And do we even want that if we could have it?

It’s unlikely this vision for [Gen X’s] future will feature a beach in Florida or an RV … They and others with valuable experience on the front lines will shift to helping others through teaching, writing, coaching, and speaking.

That’s my business model, and I’ll keep doing it well beyond 65 if I’m still able. Maybe something similar is in the cards for you.

As the media-savvy MTV generation, we’re also uniquely qualified to thrive doing virtual business while adding real value for others. Perhaps something to plan for during otherwise troubling times?

It Took a Global Pandemic, But Generation X is Finally Getting Love | Paper City

When my gym closed, it caught me by surprise (even though it shouldn’t have). And people went on a serious run at Amazon, depleting all the home gym stock. But these bodyweight moves will do you right without the equipment.

50 Exercises for a Bodyweight Workout You Can Do Anywhere | Greatist

Hands Without a Face

You never realized how often you touch your face until recently, right? One thing I do is wear gloves when I’m out, mainly because they remind me not put my fingers on my face. Here are some expert tips that may work for you.

How to Stop Touching Your Face | Psychology Today

Doctor, Doctor, Give Me the News

The longer you lead a healthy lifestyle during midlife, the less likely you are to develop certain diseases in later life. That’s it. You need more?

“With many workplaces shut down, with restaurants and movie theaters and printing shops and department stores closed, now that many of us spend the 24 hours of each day sequestered in the small caves of our homes, suddenly we find ourselves alone with our thoughts …. What might be regained with a less hurried life?”

Scroll down for some hope (literally). And the Flashback features sugar kisses that won’t violate your physical distancing.

P.S. Yes, each of the subheads above is a Gen X song reference. Did you get them all? Also, please sign up here if someone forwarded this issue of Further to you. 🙂

How to Harness Hope 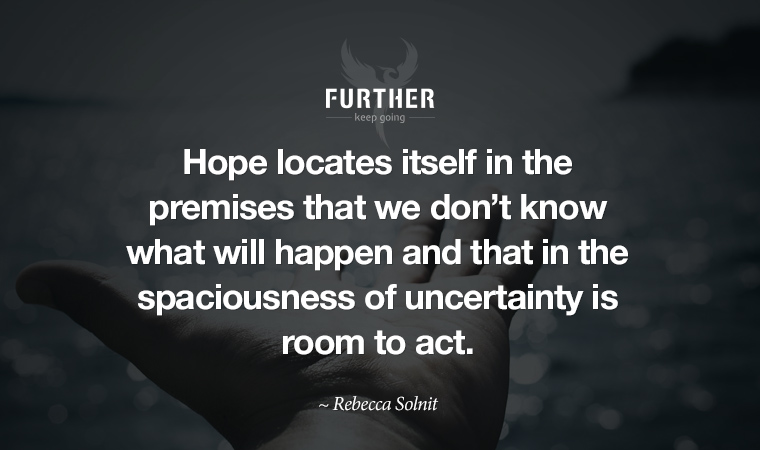 Want to hear a story about hope?

One of my best friends got diagnosed with breast cancer in early March. By the time she could schedule surgery, California hospitals were preparing for the coronavirus onslaught. The Friday before her Monday procedure, her doctors told her that she should show up at 6:00 am, but they couldn’t promise they’d be there.

The night before surgery, one doctor opted out. Her husband drove her to the surgical center and dropped her off (only patients were allowed in). He left not knowing if he’d be picking her up to bring her home or drive to Idaho, the only other place they could find nationwide that was still consistently doing lumpectomies.

I’ll stop there for now, because you get the picture. Human beings can only predict one thing for sure: ultimately, we all will die. That’s the gift of consciousness, one that reminds us daily of our fallibility and fragility.

There is, however, a saving grace: hope.

Before getting into all existential, it’s useful to look at what hope is not. It’s no panacea for all that ails us.

For example, it was an effective campaign slogan for our first African-American president, Barack Obama … until it wasn’t. Witness the crushing backlash, which brought the highest level of hate crimes in 16 years.

We could take the pessimist’s view from the sage punk-poet, Henry Rollins: “Hope is the last thing a person does before they are defeated.” But with all respect to Rollins, that’s only one swing of the pendulum.

A more expansive outlook from Brain Pickings’ Maria Popova shows that hope is, at its essence, also rebellion-fueled — and a basis for action:

It is a continual negotiation between optimism and despair, a continual negation of cynicism and naïveté. We hope precisely because we are aware that terrible outcomes are always possible and often probable, but that the choices we make can impact the outcomes.

Get your hopes up

To harness the power of hopefulness, it’s worth considering the work of philosopher Erich Fromm, author of The Revolution of Hope. Fromm fled Nazi Germany, so he knew firsthand “the experience of utter helplessness, disorientation, and uprootedness.”

His take on surviving and staying sane involves skipping past optimism and pessimism to choose a path of persistence instead:

Hope is a decisive element in any attempt to bring about social change in the direction of greater aliveness, awareness, and reason.

Back to my friend and where hope led her: a successful surgery conducted by the two doctors and nurses who elected to show up. Is this a happy ending? For today, absolutely.

And that’s about all we can ever hope for.

An Antidote to Helplessness and Disorientation | Brain Pickings 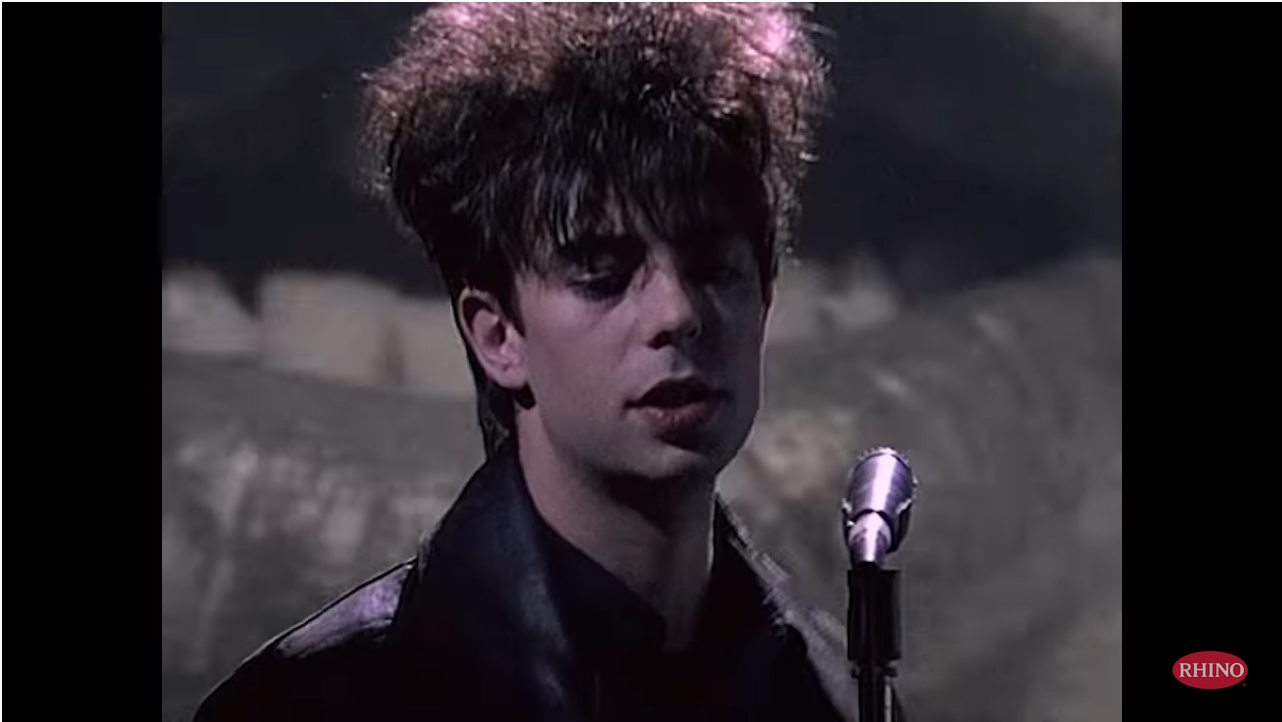 The Lost and Found subhead in the opening was a reference to an Echo & the Bunnymen song. Whether you caught that one or not, Lips Like Sugar is one you definitely know. (YouTube)