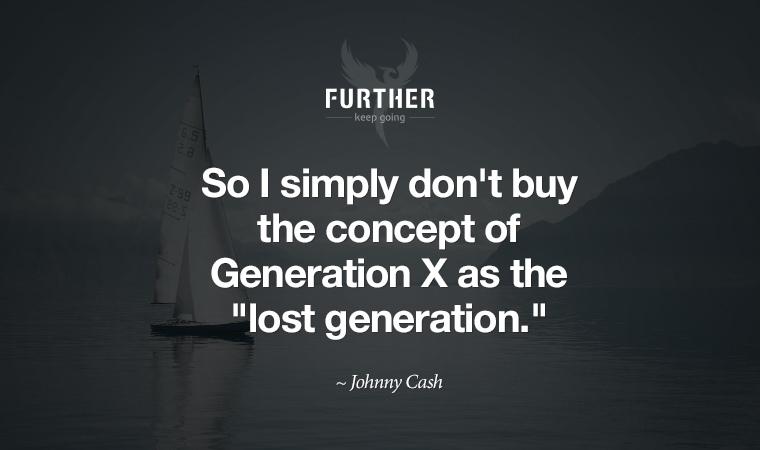 It’s easy to dwell on the downside of being an Xer.

You know, like when the news media ignores us, or that we’re underappreciated at work, or that we have the most debt and not enough retirement savings.

Of course we take such things in stride, often with a bit of self-deprecating pride. It’s what we do, and what we’ve always done. This life is a comedic tragedy.

But it’s also because we know the real story goes a bit differently. Or I suspect so.

I suspect we know that even though we’re treated as the forgotten “middle children” between Boomers and Millennials, the truth is we’re really at the center of it all.

The pop culture of us

The Marvel Cinematic Universe is one prime example. Through 21 films over the last decade, the MCU has raked in over $18.5 billion, with the upcoming Avengers: Endgame certain to push that well beyond the $20 billion mark.

There’s a reason for that. And that reason is us.

The entire arc of the MCU has been orchestrated by Gen X producer Kevin Feige. He started by anchoring the shared universe with a redemptive role for one of our generation’s finest actors, and followed with a plethora of references (like this one) that are aimed squarely over the heads of the kids we share the theater with.

Feige ensures that Generation X is far from forgotten, given that we brought Marvel Comics to its height back in the early 80s. And we certainly don’t care what Boomer Bill Maher thinks about superheroes.

Meanwhile, Gen Xer J.J. Abrams is ready to conclude the Skywalker story that began in 1977 when he was a mere lad. As with Marvel, these are “kid” stories that are in no way aimed exclusively at kids — they’re baked into the culture itself.

And then there’s sports:

Maybe we just don’t yap constantly about which age group we’re in? Like, ummm … everyone else?

The technology that changed the world

All of that is truly kid stuff compared with our influence on the technology that has reshaped the world. It remains to be seen what type of world we’ve created, but no one can say Gen X hasn’t had a remarkable impact.

We were originally labeled “slackers” due to our disinterest in mimicking the hypocrisy of the Boomers. But once Cobain died and the internet arrived, Generation X saw a chance to truly change the world.

But who seems to get all the press? Millennial Mark Zuckerberg, who probably wishes now that he received less media attention. Never forget, however, that it’s his Gen X Chief Operating Officer Sheryl Sandberg who gets much of the credit for the incredible growth of Facebook.

More than our contribution to popular culture, and beyond the rapid changes that resulted from the tech startups we’ve founded … there’s something even bigger.

Our formative years represent an inflection point where just about everything changed — and that’s why we can never be ignored.

We were the kids who lived through an incredible shift from “the way things were” to our current post-modern reality. In some cases we made the changes happen, while in others we merely slogged our way through as best we could.

We were the first to play video games. We made “alternative” music mainstream, and “indie” films popular. The last original form of musical expression — hip hop — happened on our watch, and is now the most popular music in the world.

Because we’re the final generation to remember what it was like before the internet, we’re still building the bridge from analog to digital. That’s anything but irrelevant — it’s currently everything.

Since we’ve begun adulting, things have merely evolved more than they’ve truly changed. Our version of popular culture (both now and then) is also the culture of those who came after.

It’s one big melting pot of memes, 80s and 90s nostalgia, and obscure references as an art form. In other words, our version of the world is the world:

As the father of two Gen Z teenagers, I see — for better or worse — that we created the framework they inhabit. There’s nothing they’re down with that shocks me, and I can explain (to glazed-over eye rolls) the influences that inform their obsessions.

In other words, there is no longer a generation gap. We’re the first group of parents who hate the music our kids listen to not because it’s too loud, but because it’s derivative and doesn’t rock hard enough.

One generation to rule them all

Let’s face it … it’s only marketers who explicitly ignore us, and that’s because they can. It’s all one big cultural cohort now, so there are really only two groups to consider — Boomers and their elders (who truly need different messaging) and everyone after (so far).

A perfect example of the latter is the success of Stranger Things on Netflix. It’s a show about us when we were kids that seems to entrance Millennials and Gen Z, even though they refuse to believe we had that much unsupervised freedom.

For a show about Gen Xers infused with so many sly references and 80’s film homage, the most startling fact about Stranger Things is that the creators are Millennials who were born in 1985. That’s right — the show they so adoringly craft takes place right before they got here.

Growing up in the 80s belongs to everyone now, somehow. I’ve recently noticed the same thing applies to the 90s as well. Our culture is their culture.

Here’s the point, since I don’t really think we of all people need a self-esteem boost. Playing the “no one pays attention to us” card is not only false, it’s a cop-out.

This is our world. We own it, we’re creating it, and we have a responsibility to make it better.