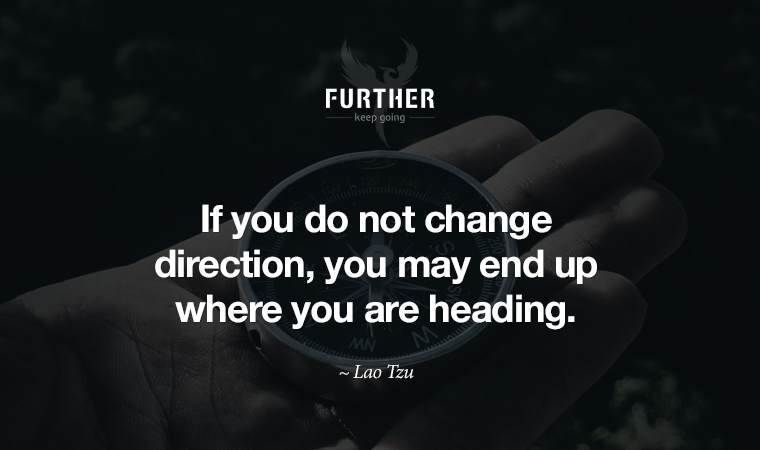 “Who do you want to become?” is a question we ask a lot here on Further. It’s the ultimate midlife query, the flipside of asking kids what they want to be when they grow up.

So imagine waking up one day in your 50s only to discover that the thing you’re truly meant to do is the only thing you can do.

That’s what happened to actress Mary Steenburgen, after being anesthetized for minor arm surgery in early 2007. She awoke to find that all of her thoughts had become musical, much like neurologist Oliver Sacks described in Musicophilia as happening on rare occasions to people who suffer from a stroke.

Once the initial confusion and concern wore off, Steenburgen had no choice but to follow her newly awakened talent to see where it led. With the help of a musician friend, within a few short months she had written hundreds of songs and decided to submit the 12 best under a pseudonym to an entertainment lawyer. Shortly after that, Universal Music Publishing Group signed her as a songwriter.

A decade and countless compositions later, a song Steenburgen co-wrote called “Glasgow (‘No Place Like Home’)” from the film Wild Rose is considered a shoo-in nominee for Best Original Song at the 2020 Academy Awards. In her own words:

There’s so much more capability in our brains than we probably realize, and agreeing to diminishment and shutting down doors is a choice that we all make for ourselves. It turns out you don’t really have to do that.

An incredible story, but not what I find most interesting. What struck me is what she said early on as she began to pursue her newfound passion:

The first session I did was a total disaster, and I literally went back to my hotel room in tears, cried my eyes out, and thought “Why would anyone be so stupid at age 54 to think they could do something so new?”

The road to reinvention

There’s a perception that midlife reinvention has to be the result of a crisis: getting laid off, divorce, or a serious health scare. And while sudden upheavals are certainly game changers, taking the ball and running in a new direction is something else entirely.

This is something I know from personal experience. I stepped off the corporate ladder in my mid-30s after my youngest was born, moved cross-country to raise my kids in a sunshiny suburb, and without realizing it at the time, said goodbye to the marketing career that had largely defined me to that point.

Statistically speaking, this experience is common. Right around when I was leaning back from my career, Sheryl Sandberg was telling women to “lean in” and grab opportunities without hesitation. According to studies cited in her book, 74% of professional women rejoin the workforce after taking time off to have families.

What the statistics don’t say is that re-entry can be a humbling, soul-crushing process — regardless of your gender or why your career took a detour. In my case, after a decade of working part-time in jobs unrelated to my field, I returned to a world that had gone entirely digital. My old career had completely new rules. And as helpful as “returnships” may be, starting over in a minimum wage-paying internship with my first-born’s college tuition looming wasn’t the answer.

And, to be honest, going backwards to do what I used to do wasn’t either. To maintain my sanity when the kids were little, I had developed a habit of waking up at 5:00 am to write “morning pages,” a journaling exercise from the classic creativity jump-starter, The Artist’s Way by Julia Cameron.

The habit turned into an obsession, one that bore a couple of novels (still awaiting self-publication), a few short plays (produced in a local theater), and a blog about, well, suburbia.

My blogging life led me to discover Copyblogger, which I read religiously for years before I worked up the courage to take their content marketing certification course and officially turn my avocation into my new vocation — at 50.

You don’t need a cataclysmic event to see that midlife is the ideal time to shake things up. Daniel Pink, author of When: The Scientific Secrets of Perfect Timing, documents how studies show midpoints — of group projects, basketball games, and life in general — are performance boosters, not busters:

The midlife crisis is total bunk. But what does happen in midlife is a droop—a U-shaped curve of well-being. That pattern has been detected in more than 70 countries and even in great apes. In addition, other experimental research has shown that people often become less likely to comply with standards or act diligently in the middle of an undertaking.

So you can call it a droop, dip, slump, or crisis, but better to think about it as a fertile time to rethink your life’s direction, gather new energy, and start exploring new vistas. You’re certainly not alone; I like to keep the Kauffman Index stat in my hip pocket that says nearly a quarter of new entrepreneurs are 55+. Not only are we not done yet, but we’re just getting started in pursuing more meaningful, purpose-driven pathways.

You’ve got the smarts

Just knowing that you’d like to make a change isn’t the same as taking actual steps to move forward. You not only have to be open to learn new things but also be willing to do the work necessary to add new skills to your repertoire.

There’s no magic bullet for this part of the process, but just because you can’t remember where you left your phone or your keys, doesn’t mean your middle-aged brain is too addled.

On the contrary: The childhood brain is focused on developing fluid intelligence, like the IQ you’re born with. That taps out in your early 20s. But crystallized intelligence, which includes things like building skills, knowledge, and expertise, can be cultivated and increased well into your 70s.

Do what you love … and do the rest, too

Even if you’re magically imbued with a new passion like Steenburgen was, you still need to learn how to make it happen. Although her thoughts became infused with music, she didn’t even know how to play an instrument. She wasn’t a lyricist. So Steenburgen went back to square one, learned how to play the accordion (second only to the ukulele or bass guitar, a perfect midlife instrument), and found mentors to help her learn the craft of songwriting.

Pink recommends seeking out that kind of help to best navigate midlife transitions. He also suggests keeping your eye on the prize by following Warren Buffett’s 5/25 Rule:

And while you’re busy ignoring things, also let go of the compare and despair game. This is something many of us find easier at midlife — it just doesn’t matter as much anymore what others think about what you do or vice versa.

While Steenburgen’s career pivot was in some ways divine intervention, the truth is that for her career as an actress, the number of roles for women over 50 are pretty scarce. Not surprisingly, studies show we Gen Xers aren’t so empowered, engaged, or happy at work. And yet, we have the skills, experience, and talent to hit the high notes at anything we do.

If total reinvention feels daunting, keep in mind that you don’t have to abandon what you’ve been doing half your life or more to start from scratch. Steenburgen was able to write a soaring, climactic song for a movie about a former inmate on a life-changing journey to discover her true voice, because she knows that scenario authentically. And not just because of the strange, unexpected affliction she overcame to astonishing success, but because as a veteran actress, she knows how to tell a character’s story.

All encores are built on successful earlier acts. Before you take a bow, now’s the time to take your shot at playing a new tune.