Disrupt Yourself
(Or Be Disrupted) 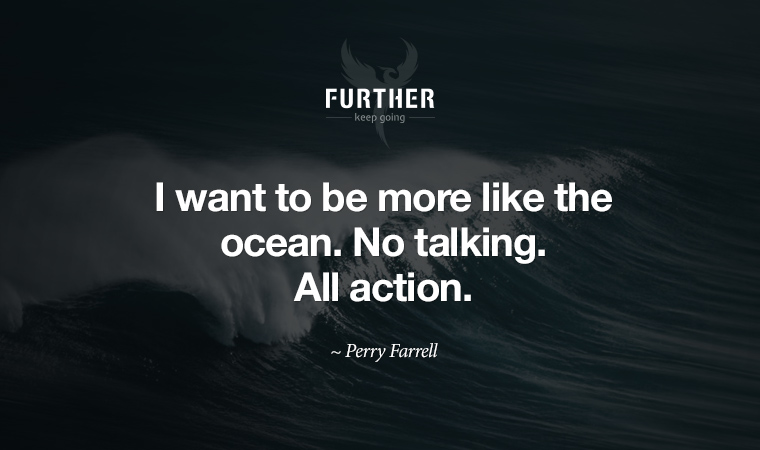 At the age of 58, he wasn’t looking to retire — he had his purpose and wanted to keep going. But in March 2008, the decision to keep going at CBS was no longer his choice.

The combination of the financial crisis and years of failing to properly adapt to the Internet and the shift to mobile had caught up with television journalism. And it was hundreds of award-winning news veterans who got axed, not the executives who screwed it up.

I bring up the need to protect your livelihood while the choice is still yours quite a bit, and for good reason. So when Robert sent me an article sharing his thoughts on the topic, it was a perfect fit for a Further Feature.

Check it out here:

It’s Never Too Late To Start Reinventing Yourself

Finding your calling at work

Living a long healthy life is all well and good. But it takes more than longevity to achieve well-being, and that means having a compelling reason to get up in the morning and keep going.

There are plenty of ways to find purpose in this world. But according to research, the strongest predictor of men’s happiness and well-being is their job satisfaction … with other factors not even coming close.

I’m guessing that’s true of plenty of women as well. And whether the work we do is meaningful comes down to how we think about it.

This is a call

For example, do you think of what you do for a living as a “job,” a “career,” or a “calling?” According to psychologist Amy Wrzesniewski of Yale University, how you answer will make all the difference:

“People who see their work as a calling are significantly more satisfied with their jobs. They’re significantly more satisfied with their lives. They’re more engaged in what it is that they’re doing and tend to be better performers, regardless of what the work is,” said Wrzesniewski, who researches how people find meaning in the work that they do.

Part of midlife discontent is realizing the “job” or “career” that’s been just fine for years doesn’t seem all that great anymore. We’ve entered a new stage where what we’re looking for is a calling that fills us with a sense of true purpose.

We’ve talked before about the unretirement trend, where retirees return to work even though they don’t need the money. That’s because they walked away from the thing that provided them meaning and purpose — the ikigai that provides their reason to live.

An interesting spin on the unretirement concept involves people who are in their 50s and early 60s working on the side to “unretire” without retiring at all. They’re preparing to start a purposeful business or join a cause-based organization — just as soon as they’re financially ready to make the jump.

Maybe work shouldn’t matter so much to us. But it clearly does. So perhaps the goal is to plan for an encore career that allows for more meaningful work, rather than chasing the myth that you’ll somehow be magically happy without work — or a sense of purpose.

Finding Meaning At Work: How We Shape And Think About Our Jobs (NPR Podcast)

I’ve got great news for you: it’s time to stop worrying about your longevity.

Research shows we’re living significantly longer — heading toward triple digits — and that’s a trend that shows no signs of slowing.

Instead, focus on your healthspan. While age is just a number from a psychologivcal standpoint, enjoying those extra digits in good health is worth working on in advance.

This isn’t news to Further readers. To #keepgoing, you know it’s all about diet, exercise, and purpose. Now for the even better news: in the next five to 12 years, there may be medicine that effectively prolongs your lifespan and your healthspan.

It’s all thanks to senolytics, the emerging science that’s tackling age-related decline. And it’s our generation that will be the first crop of seniors to stay younger, longer.

The science of anti-aging

While aging itself isn’t a disease, it is a gateway to disease and decline. The older you get, the more you accumulate senescent cells, which don’t reproduce or divide naturally and cause inflammation and tissue dysfunction. These so-called “zombie” cells release a variety of lethal substances that infect healthy cells — making you a frail, easy target for age-related illnesses.

Leading research on the impacts of senolytics has shown that “genetic tricks” to eliminate senescent cells can dramatically extend life and healthspan in mice. Based on this success, a company called Unity Biotech is now raising funds to develop medicine that will work in humans, with current clinical trials targeting age-related issues such as macular degeneration, glaucoma, and pulmonary diseases like emphysema.

While promising, it’s going to be a while before anti-aging wonder drugs are ready for us humans. Until then, no time to rest on your laurels.

Knowing that senescence and “epigenetic” issues (related to reading genetic code in your cells) are wreaking havoc on your body as you age, there are research-backed ways to create senescent effects.

Every day, try to be hungry and out of breath.

In other words, if you want to increase your healthspan, maybe it’s time to get serious about HIIT (high-intensity interval training), and eating only during specific window of time. That’s the fast track to ensuring you stay young at a ripe old age. 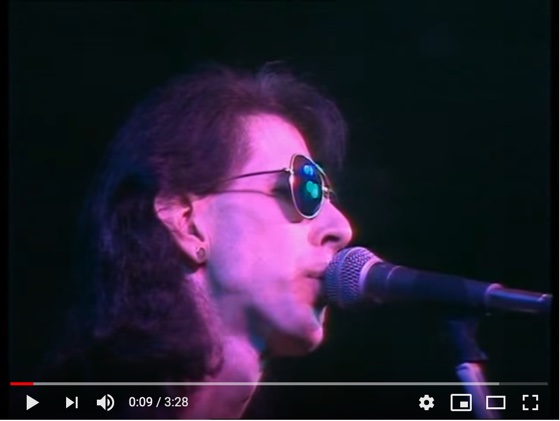 The Cars were inducted in The Rock And Roll Hall Of Fame on April 14, 2018. Last Sunday — less than a year-and-a-half later — their eclectic front man Ric Ocasek passed away at age 75. Not a happy moment, but we can still enjoy the good times. (YouTube)