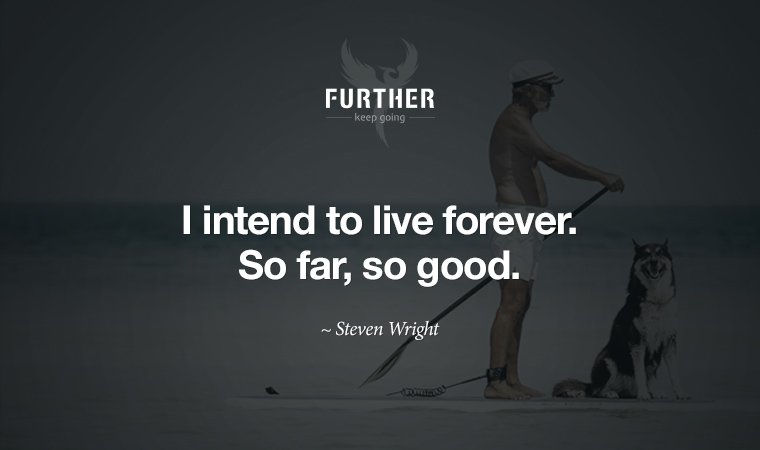 Right now, hundreds of millions of dollars are being poured into longevity research and a variety of medical treatments to eliminate aging-related diseases, and is expected to become a $200 billion industry.

Separately, billions are aimed at defeating cancer, and we seem on the verge of a solution.

This flurry of effort and optimism has a simple explanation. The Baby Boomers don’t want to die, and plenty of companies would love to get their hands on all that Boomer cash. It’s a perfect storm for getting some really hard problems solved.

On the aging front, the most promising approach involves going after the cause of the condition — senescent cells. Flush out these cells, and you also eliminate the age-related diseases that largely cause us to die. At least that’s the idea.

“The concept is totally getting the imagination of investors [because] it isn’t about just slowing down the clock but actually turning it back and rejuvenating people,” says anti-aging advocate Aubrey de Grey.

A handful of heavily-funded companies are pursuing this approach, and clinical trials on humans are underway. A drug that eliminates senescent cells may be approved for commercial use around 2023.

Maybe this or another treatment will arrive in time to extend the lives of many of those Boomers. These things tend to take a bit longer than expected, though, even when major breakthroughs are seemingly reported every week.

One thing is more certain: Generation X will get the benefits from the research and development of treatments that defeat the ailments that come with aging.

Generation X is mostly in our 40s, with the elders tipping early 50s and the youngest in their late 30s. We’re still young, and there’s a good chance we’ll be around a lot longer.

Even by current standards, we’ve got 20 to 30 years before we’re considered old. Based on the money and effort aimed at the problem of our early demise, we’ll have one or more effective anti-aging treatments in plenty of time.

Plus, it doesn’t hurt that there’s more information than ever on how we can use nutrition, exercise, and sleep to slow the aging process. We basically just have to live long enough so that we can live much longer.

The second half game plan

What if you’re not even halfway done at this point of your life? If you’re in your later 30s, halftime may be a decent clip from now.

Which brings to mind some questions:

Why not get started now?

P.S. New to Further? Join us by signing up here.

Leave it to Silicon Valley to reposition a massive industry that’s hit the wall in terms of growth to grab more of your cash.

This time it’s the diet industry, which was worth $66 billion in 2017 even though the number of dieters is shrinking. Dieting has a couple of big problems that have caused the numbers to slide.

First, most diets are based on pseudoscience and simply don’t work. Meanwhile, the right approach to eating is simple and unsexy — a diverse, primarily plant-based diet of fresh foods. No app required.

The other issue is that the American dieting industry is almost exclusively aimed at women. That leaves out market growth that would come from appealing more to men, which is why it’s being re-imagined from the dude perspective.

New tech companies are flipping the script and changing the language of weight loss. It’s all about performance enhancement and personal optimization, not vanity or thinness.

Where bodies might have previously been idealized as personal temples, they’re now just another device to be managed, and one whose use people are expected to master. We’re optimizing our performances instead of watching our figure, biohacking our personal ecosystem instead of eating salads.

Startups such as 23andMe, Bulletproof, Viome, and Habit all focus on weight and other nutrition-related health concerns, but don’t characterize themselves as dieting companies. Because what’s world changing about that?

A regimen by any other name …

So let me get this straight. You pay money in order to eat some things, and avoid eating other things? Sounds like a diet to me.

The new set of terminology, however, is specifically tailored to appeal to tech-obsessed young men:

So if we’re no longer dieting and instead biohacking in order to fine-tune our personal microbiome using state-of-the-art testing and results-based methodology, then the potential market broadens.

If paying a tech company to “fine-tune your personal microbiome” gets the job done for you, then by all means, have at it. I’ll be over here having a salad.

The Harder, Better, Faster, Stronger Language of Dieting (The Atlantic)

How to manage your cash

It’s not exactly a shocker that having a healthy amount of cash flow makes life much more enjoyable. When there’s enough space between what comes in and what goes out, you worry less about contingencies and coupon cutting.

And while it’s nice not to think about cash flow, you should — at least a little. The key to worrying less about money is to put in place automated savings systems that fill your various cash flow buckets.

Go with the flow

The first area to focus on is your lifestyle cash flow. For most people, that’s income from a job or business, offset by living expenses. Ideally, you want to preserve at least 15% of what you bring in each month.

First off, you should use some of that excess to send automated transfers to an emergency fund. Keep the spigot flowing until you have six months of reserve income, in case of a job loss or other disruptions.

If you have zero saved for emergencies today, simply start saving today — you’ll be in a better position whether or not you get to your target amount before something goes awry.

One source of cash flow that many don’t consider is insurance, mainly because people hate paying premiums for something that might not happen. Including me.

When really bad things happen — like your car getting totaled, the house burning down, or a primary earner passing away — insurance steps in and gives you the cash flow to cover the catastrophe. Ultimately, it’s worth the price.

Cash back to the future

All of the above can be considered cash for the twists and turns of living day-to-day life. Make sure you plan for those needs first, and automate the savings as much as possible.

Next, it’s time to push cash into growth vehicles for your future. Investments and retirement accounts should also be funded through automated transfers that take the thinking (and the spending) out of the equation.

And what happens when you get a windfall of cash? The urge to treat yo’ self is as real as the fact that you should probably invest it. Splitting the difference and doing half of both is likely the sanest move.

How to Manage Cash, Your Most Overlooked Asset (Kiplingers)

What’s wrong with trying to be perfect? After all, a recent study shows that today’s college students report higher levels of perfectionism than college students did during the 1990s or early 2000s.

We were, after all, slackers (or so the story goes). It’s not so much a generational difference, though, as a societal and cultural shift.

“Over the last 50 years, communal interest and civic responsibility have been progressively eroded,” write Thomas Curran of the University of Bath and Andrew Hill of York St. John University, “replaced by a focus on self-interest and competition in a supposedly free and open marketplace.”

Welcome to the jungle

The perception that it’s rough out there fuels an increased striving for perfectionism. And while aiming for mastery is not necessarily a bad thing, it can easily interfere with a more sane approach to steady incremental improvement.

In maladaptive perfectionism, meanwhile, people make an archive of all their failures. They revisit these archives constantly, thinking … “I need to make myself feel terrible so I don’t do this again.”

The prevalence of social media certainly doesn’t help. Every LinkedIn notification that a peer is moving up faster than you can lead to despair, while you struggle to curate a competitive Instagram feed of greatness.

Some perfectionists constantly push themselves harder, foregoing any semblance of pleasure and mentally flagellating themselves over every mistake.

Others self-sabotage by handicapping themselves ahead of time, or endlessly procrastinate because the work will never be “good enough.”

As an overly harsh self-critic, I’ve taken both approaches with my shortcomings. Rather than lower my standards, I’ve learned to simply be a little kinder to myself — and in the process, I’ve gotten better across the board by not expecting perfection.

If you struggle with perfectionism, don’t forget to constantly acknowledge what you do well, rather than dwelling on the “failure archive.”

More importantly, cut yourself some slack when you come up short, because (wait for it) … nobody’s perfect.

The Problem With Being Perfect (The Atlantic) 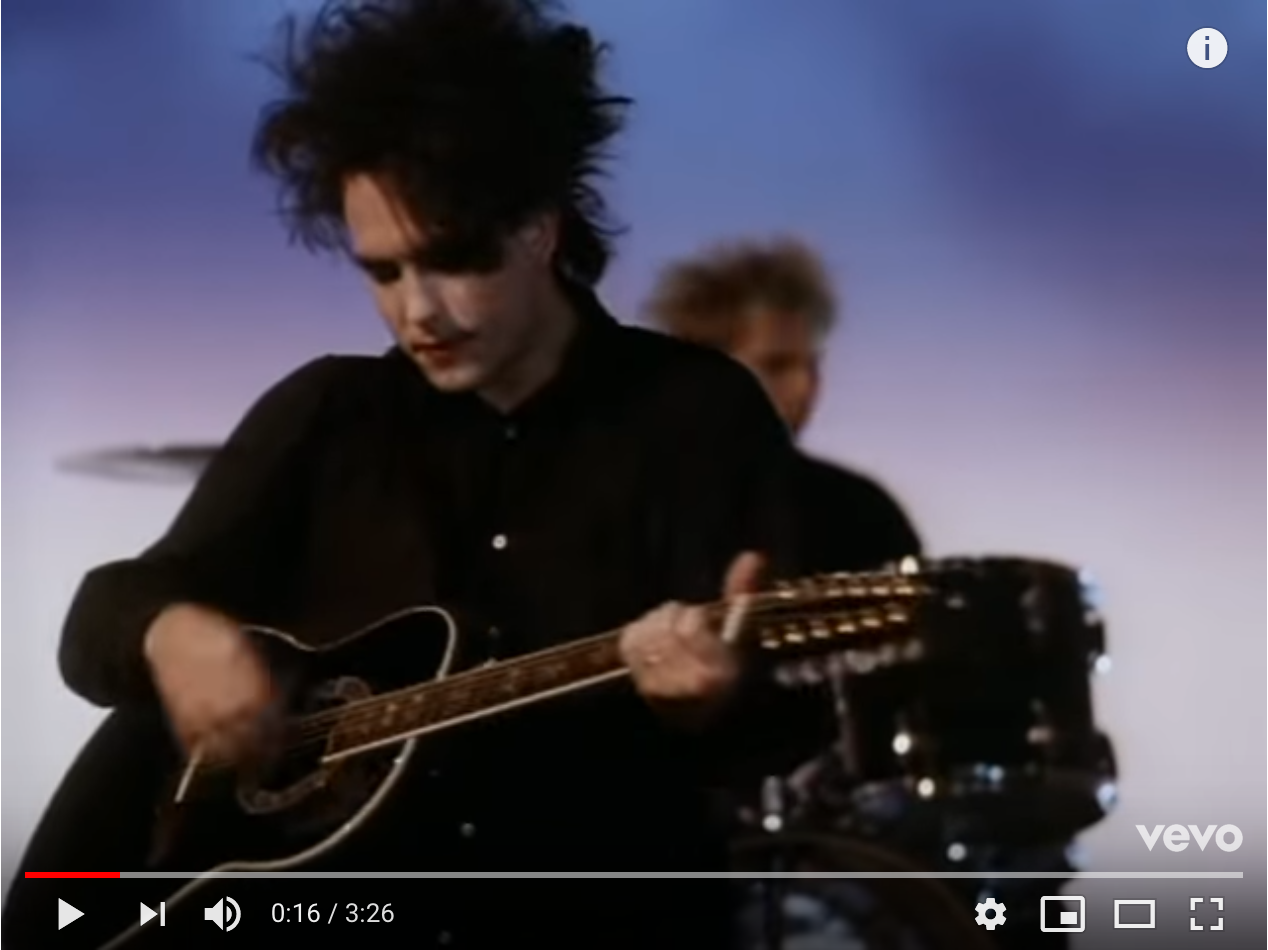 In the early 80s, The Cure was the coolest band most people had never heard of. By 1987, the band went firmly mainstream with this near-perfect pop song, and two years later delivered their masterpiece album, Disintegration. (YouTube)

Please forward this issue of Further to a fellow Gen Xer who could benefit from it. Or click here to use the social sharing buttons for this issue.