What’s Your Reason for Waking Up in the Morning? 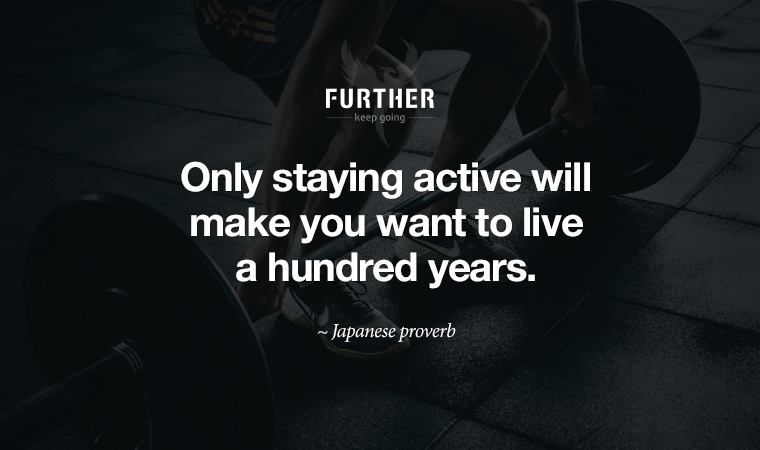 The last time I wrote about the Japanese concept of ikigai, my family and I had just landed in Australia after a week in Tokyo. The Japan connection was a coincidence, as purpose and meaning are always on my mind when it comes to Further.

In Japanese, iki means “to live” and gai means “reason” — so ikigai literally means your reason to live. It’s credited with the amazing longevity of the inhabitants of Okinawa, the group of islands south of mainland Japan.

Beyond longevity, this ties into a couple of our recurring themes here at Further:

Purpose (or the lack thereof), seems to be at the heart of both issues. For example, if you’re 45 and already counting the decades until you retire (if you have the means), you’re likely not doing work that’s meaningful to you.

In Okinawa, there isn’t even a word for retirement. Instead there’s simply ikigai, which essentially means “the reason for which you wake up in the morning.”

Of course, perhaps your ikigai is something other than your career. In that case, you’ll need a way to fund it. But it’s not exactly “retirement” regardless.

As for the doldrums of midlife, hopefully you’re not ready to shuffle off this mortal coil just yet. So you vow to exercise, eat better, and get more sleep in a bid to live long enough to live a lot longer.

Without purpose, though, it may be all for naught:

The researchers also found the association to be so powerful that having a life purpose appeared to be more important for decreasing risk of death than drinking, smoking or exercising regularly.

I’m not saying that if you’re burdened with glorious purpose you have license to eat, drink, and smoke with impunity. Certain bad habits will kill you sooner than otherwise, no doubt.

It does seem, though, that the first key to healthy aging and longevity is to find something that truly matters to you. Then you’ll have a compelling reason to wake up as many mornings as you can so you can do that thing.

P.S. How did I just now start watching Community? With more pop culture references per sitcom minute than I’ve ever encountered, it’s a Gen X paradise.

Everywhere you turn there are books, articles, and podcasts about becoming happy. And that would lead one to believe that happiness is what we want (or there wouldn’t be so much chatter about it).

But according to cognitive psychologist Daniel Kahneman, many of us are aiming higher than happiness. Instead, we’re seeking life satisfaction, which can actually inhibit happiness in the process.

For example, in Kahneman’s research measuring everyday happiness — the experiences that leave people feeling good — he found that spending time with friends was highly effective. Yet those focused on long-term goals that yield satisfaction don’t necessarily prioritize socializing, as they’re busy with the bigger picture.

This leads Kahneman to conclude that we’re not as interested in happiness when it comes down to it. And even if you did strive for maximum happiness, those feelings would remain fleeting and never amount to life satisfaction — because you probably won’t remember them.

The persistence of memory

Happiness is in the moment, and there’s certainly nothing wrong with that. On the other hand, satisfaction is retrospective, and our memories endure even while the happy moments pass.

In Kahneman’s work, he found that people tell themselves a story about their lives, which may or may not add up to a pleasing tale. Yet, our day-to-day experiences yield positive feelings that may not advance that longer story, necessarily.

For a quick fix of happiness, you should spend time with people you enjoy. But we often forego that opportunity to instead focus on things that are meaningful to us, and therefore contribute to our life narrative in a satisfying way.

Do it for the story

Let’s say you were offered the chance to go on your dream vacation. But there’s a catch — you won’t be able to remember any of it, and you can’t even take photos.

You might decide it’s not worth going. Even though the experience of the vacation would be the same, the inability to reflect on it later makes it effectively meaningless to you. The story that our memories represent is more important than the good time provided by the experience itself.

We forego or delay happiness all the time in favor of meaning and purpose. People who raise children report being less happy, for example, but most wouldn’t trade it for the world.

In the end, the satisfaction we achieve from reflecting on what we’ve done with our lives matters most. But that doesn’t mean we can’t make a little room for happiness along the way.

Why superfoods and supplements are superfluous

If we each find our individual reason to live long and prosper, medical science may allow us to live significantly longer. That said, we’re understandably concerned about how to keep going with vitality and panache.

But life is busy, and who has time to pursue the kind of diet and exercise necessary for optimal, sustained health? Well, if we want to be happy, we all need to find it.

And we all have the time — it’s a simple matter of priorities. Still, it’s easier to pop a pill or down a souped-up smoothie rather than plan and prep a diet of fresh, whole food and regularly work out.

And that’s where the hucksters come in. Welcome to the snake oil of our times: the multi-billion dollar superfoods and supplements industries.

In the quest for food with high nutritional value, so-called superfoods fit that bill. They’re often native to foreign lands with exotic names like açaí or goji. More importantly, health benefits enjoyed by the locals — like low cancer rates or greater longevity — are attributed to the food.

That’s the ticket to a sexy health shortcut that sells. Just ask any copywriter.

Thing is, plenty of everyday items — including most berries, whole grains, leafy greens, and many nuts and legumes — have just as many essential nutrients. In other words, there is no such thing as a superfood:

The idea that the profound influence of diet on every aspect of health can be decocted down to one exotic silver bullet (or, alternatively, a scapegoat) would be rather analogous to counting on tiny, super fragments of our favorite super heroes — a Black Widow eyelash hair, or a clipping from Thor’s left middle toenail  —  to save the day. No, one isolated fragment cannot substitute for the whole.

In other words, you are the totality of what you eat. So the idea is to mix it up with lots of naturally nutritious foods, not hang your hopes on the superfood du jour.

This also goes for those of us — about three out of every four Americans — that believe vitamins, botanicals, probiotics, or protein powders can help us make up for a poor diet. There are some, like pregnant women and the elderly, who can benefit from a multivitamin, which leaves a whole bunch of people who are flushing their money down the toilet.

Worse, thanks to a lack of enforceable FDA oversight, supplements are frequently contaminated and not tested for efficacy or safety. Furthermore, our bodies may convert an overabundance of certain antioxidants into “prooxidants,” which can potentially activate cancer pathways.

The value of supplements and superfoods is solely in their carefully-crafted mystique, not their nutritional makeup. It’s time to stop letting marketers cash in on our hunger for an easy answer, and start realizing the true hero of longevity is what your mom told you all along:

Eat your veggies, and lots of them. 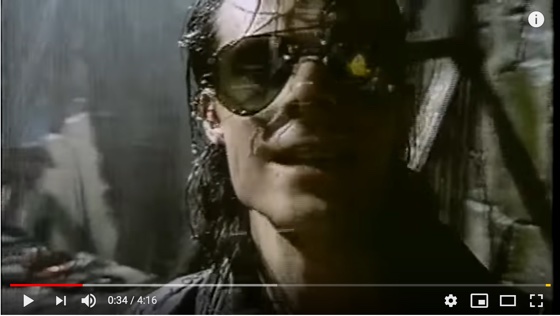 Sisters Of Mercy – This Corrosion
Floodland, 1987

When it comes to epic songs from the 80s, it’s hard to beat This Corrosion by Sisters of Mercy — perhaps due to the 40-piece backing choir. Regardless, the first comment under the video for the tune says it it all: This is the goth Don’t Stop Believing. (YouTube)