In Pursuit of Meaning and Purpose 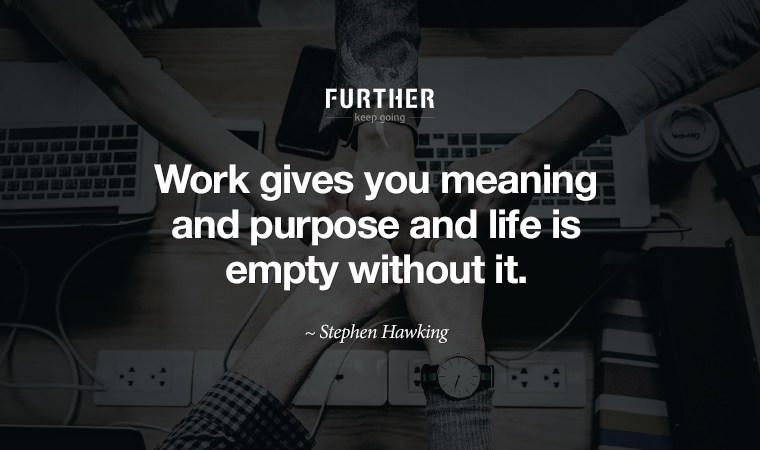 It’s been a crazy couple of weeks. My family and I packed up and left France after three months, and took a long flight to Tokyo.

The jet lag was brutal, even with the shorter trip from Europe. Tokyo is a fascinating place, but the lack of sleep combined with the culture shock made for a somewhat surreal experience.

Now we’re in Sydney, Australia, and I feel like myself again after finally catching up on sleep. Japan was such a blur that it seems I didn’t make the most of it (well, except for the obligatory Lost in Translation moments).

Speaking of Japan, I came across an article before we left France about the Japanese concept of ikigai.

Roughly translated, ikigai is the happiness derived from devoting your time to an activity that holds meaning and purpose for you. That meaning and purpose, combined with a calm, healthy approach to life, has led to incredibly long lifespans in parts of Japan, such as in Ogimi — a village of 3,000 of the world’s longest-living people.

Ikigai is an idea that’s at the very center of Further. Isn’t meaning and purpose what we’re all really after? Why keep going without that in our lives?

Here’s one way of figuring out your personal ikigai:

Ikigai has been drawn in books and articles as the center of a Venn diagram in which your answers to these questions all overlap: What do you love? What are you good at? What can you be paid for? What does the world need? When you find the answer that fits all four questions, that’s your ikigai.

For me, each new entrepreneurial project I start is at the overlap of those questions. And yet, I keep seeking a better fit with each new venture.

We all likely have a general mode of ikigai that fuels us, while the specific applications continually evolve. Work that ends up being a series of interesting projects allows for that evolution in my life.

I’ve got several projects going on at the moment, and so far I’ve resisted giving any of them up to focus on one. Maybe it was the jet lag and displacement I’ve experienced over the last 10 days, but it seems clearer now that Further not only explores the idea of ikigai, it is my ikigai.

Thanks for coming along with me.

Over the last several years, I’ve been convinced that losing body fat was a simple equation — burn more calories than you take in. Eat less, move more.

And for me, it’s largely worked that way. I ate more bread during our three months in France than I should have, but I also hiked my ass off and restricted calorie intake to 8 hours a day. So I lost weight.

But apparently it’s not the same for everyone. Some people can’t seem to lose weight by controlling their calories, or by moving more.

The carbohydrate-insulin model argues that overeating isn’t the underlying cause of long-term weight gain. Instead, it’s the biological process of gaining weight that causes us to overeat.

The Keto diet strikes back?

If you’re not familiar, the Ketogenic diet dictates eating a mix of foods that prompt the metabolic state of ketosis, which occurs when the body is using fat for fuel as stored carbohydrates are depleted.

A couple of months ago, the keto diet started getting some serious pushback, essentially labelled “Atkins 2.0” in reference to the previous low-carb diet fad.

While this new study may seem to validate the ketogenic approach, it’s really saying something else:

Consuming processed carbohydrates (especially refined grains, potato products and sugars), causes our bodies to produce more insulin. Too much insulin, one of the most powerful hormones, forces our fat cells into calorie-storage overdrive. These rapidly growing fat cells then hoard too many calories, leaving too few for the rest of the body. So we get hungry, and if we persist in eating less, our metabolism slows down.

The important finding that the study reveals is that it’s not just calories in, calories out. When it comes to weight loss, what you eat matters, not just how much — no matter how much you exercise.

This may seem like another confusing flip-flop in favor of keto, but not really. Processed carbohydrates are bad, and remain so. In fact, processed foods in general are bad. You know that.

The problem is that eliminating processed carbs is not the only aspect of the ketogenetic diet. What entices many is the high fat aspect of the approach, which seemingly provides permission to stuff tons of bacon in your face.

We have to admit that we use “science” to justify our poor food choices, even to the point of misinterpretation. The truth is you are probably not eating enough of a certain type of carbohydrate — vegetables. And while plants don’t have a ton of calories, you shouldn’t worry about limiting the percentage.

This is no way to get people to like me, is it.

How to win in the stock market

The problem with that is everyone focuses on finding the “next Microsoft.” Next thing you know, you’re investing in something you don’t really understand (Bitcoin, anyone?) and your cash crashes and burns.

The key thing to focus on in the example above is not Microsoft. It’s the length of time that the stock was held.

Time is on your side

Let’s say you did pick a home run stock that really takes off. What would you do once those returns started to stack up?

Many academic studies on individual investor behavior have shown that most people wouldn’t have held their Microsoft for those nearly three decades … A doubling or tripling of their money and they’d have bailed.

Sure, a $30,000 win on a stock pick is nothing to sneeze at. But it’s not the true compounding of returns and wealth accumulation that would have come by simply doing nothing. The smart thing to do is just let it ride.

Few of us have that kind of discipline, though. That’s why passive index funds are such a smart choice — you don’t see the individual wins and losses in the fund. In fact, it’s probably better not to look at how the investment is doing at all, especially after bad news from the market in general.

Even if you stick with individual stocks, you can still come out ahead by making mostly dreadful choices if you manage to make just one smart pick. If you buy and hold, that is.

First of all, make sure you understand the company you’re investing in, even if it’s not sexy or “the next big thing” according to your Uncle Hal. Also, diversify rather than betting it all on one stock.

The key is to allow time to heal the wounds, be selective about what you buy, rarely sell anything, focus on real companies selling real products or services for real cash rather than pipe dreams that promise instant riches, and go about your life.

If you’re behind on your retirement savings, make sure to max out your tax-deferred options first. Then consider setting up a monthly transfer of cash into an index or automated investment fund — and doing your best to ignore its existence.

The Mathematics of Getting Rich By Investing in Stocks (The Balance)

It’s your obligation to create

Seems like not a day goes by that I don’t see someone on social media talking about how they had been hesitant to pursue a creative idea. And it’s usually due to the feeling that they were somehow “unworthy” of creativity.

After all, we all started out as these magnificent little creative creatures called children, with a box of crayons (or just a box) that we used to build magical kingdoms and pursue exotic adventures.

But then something weird happens along the way to adulthood. The “creatives” became special people with magnificent beards, brooding thoughts, and sturdy artisanal tools crafted by the indigenous people of somewhere far away.

Somehow, “art” became something that regular people simply don’t do. Which is ridiculous, of course.

But that doesn’t mean it’s not a barrier. Fortunately, it’s all in your head.

It’s up to you to make your thing

It’s true that we celebrate artists, musicians, and now even entrepreneurs as special, which falsely leads us to believe that they’re wildly different people. This brings to mind a couple of my favorite blurbs about the false sanctity of creativity.

First up, Steve Jobs. He’s not the finest example of how one should treat fellow human beings, but certainly a highly creative person:

Life can be much broader once you discover one simple fact, and that is —  everything around you that you call life, was made up by people that were no smarter than you. And you can change it, you can influence it, you can build your own things that other people can use.

Next up, the man I consider to be my mentor, Seth Godin (who happens to be a fine example of how one should treat fellow human beings):

Art is an original gift, a connection that changes the recipient, a human ability to make a difference. Art isn’t a painting or even a poem, it’s something that any of us can do. If you interact with others, you have the platform to create something new  — something that changes everything. I call that art.

It’s not that we shouldn’t treat art as special (we should). But perhaps the only thing that’s truly special about people who create art is that they didn’t waste time worrying about whether they were worthy.

What exactly is your thing, anyway?

It should go without saying that the act of creation is something we’re all capable of. The more important thing is that it’s also an obligation to yourself (and the world) to create the things that matter to you.

I wouldn’t dare call my writing art, but what matters is that I treat it like it is. Regardless of the subject matter, I can control the flow, the cadence, and even the way the words present on the page. All those little details matter to me.

And yet, when I read this issue of Further again in a week or so, I’ll find it flawed in several obvious ways. I may even feel that way about it right now, but I’m on deadline. 🙂

Art is an act of expression that you feel matters — something that needs to be out there for the benefit of others. And regardless of what the world thinks about your art, you’ll likely never be completely satisfied with your creation.

That’s when you know you’ve found your thing.

Back when the term “alternative” music meant something, Jane’s Addiction sounded like nothing you had heard before. In the fall of 1988, a friend sat me down one night and put on Nothing’s Shocking. A life-changing moment. (YouTube)