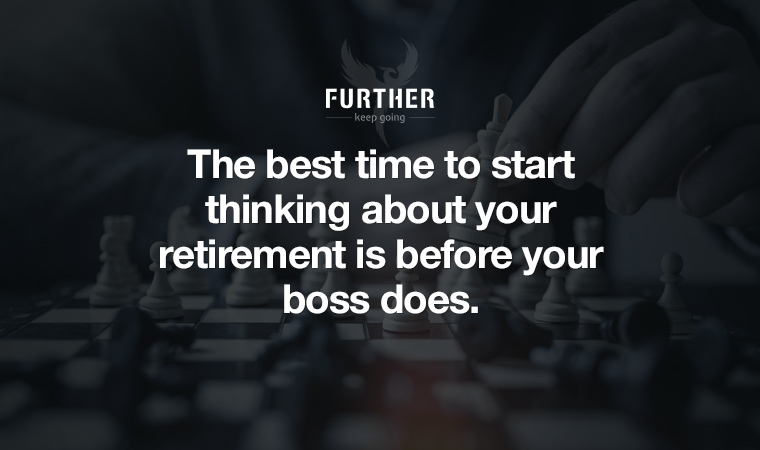 To kick off the new year, it may seem strange to ask a downer question about retirement. Yay motivation!

Yes, it’s true that our age group generally hasn’t set aside enough for retirement yet. There are valid reasons, though — like raising kids and caring for aging parents, paying off debt, and recovering from the Great Recession.

But that isn’t even the worst part of the situation, as you’ll soon see. Don’t despair, because the world of work is changing at a rapid pace — and with change, there comes opportunity.

Check it all out in this Further feature article:

It’s the End of Retirement as We Know It (And We Feel Fine?)

Also, scroll down below for the goods on gaming your way to better fitness, and how to get better at procrastination. Yes, better.

P.S. Have you checked out the new line of Further gear for 2019? Get yours while they’re still cool, unlike those Nirvana smiley-face shirts they now sell in toddler sizes at Target.

Game your way to health and fitness

When I began my current fitness quest a year ago, I started small with activities I enjoyed. That meant walking, then easy hiking, then harder hikes, then a bit of running.

I chose those activities because I told myself I hated stationary gym equipment. Now that I’m in a sunny, hot, and flat environment on the Gold Coast of Australia for two months, I’m hitting the elliptical machine in an air-conditioned gym and actually enjoying it.

Still, I have to find ways to ease the monotony of exercising in place. I use playlists of strategically intense music, while others choose a more involved and interactive solution.

Get your fitness game on

Zwift is a massively multiplayer online video game that enables users to interact, train, and compete at cycling and running in a virtual world. Much like my son plays Fortnite and Destiny with a distributed group of gamers, Zwift brings a visually-enhanced spin class to your basement or living room.

The game has been around since 2014, but I’ve just recently heard about it. Perhaps that’s because Zwift just raised $120 million in funding last month.

There are five courses — or maps — in Zwift: Watopia, London, Innsbruck, New York, and Richmond, Virginia. The Richmond option is the first “real world” map from Zwift; it recreates the course used in the 2015 UCI Road World Championships.

From eSports to VR fitness

A combination of physical exertion and multiplayer gaming has huge economic potential thanks to lots of practical benefits for users. I’m sensing a coming trend.

Meaning, once augmented and virtual reality go mainstream, it will likely become more common for your simple daily workout to be in a digital environment. And that may be your entry point to spending more time and money in the Matrix.

I still overwhelmingly prefer nature for my cardio experience, but anything that makes stationary indoor exercise a more tolerable option can’t hurt.

How to get better at procrastinating

It’s a new year, so you’re going to be bombarded with advice about how to finally achieve what you really want during this spin around the sun.

A lot of that advice will invariably be focused at defeating the procrastination that keeps you from taking the action you want. But the truth is, procrastination doesn’t need to be “defeated” or eliminated from your life.

What you really need to do is to take your procrastination game to a higher level. Stick with me on this one.

Choosing what to do right now

Procrastination is simply doing something other than what you need to be doing. You’re choosing to take a different action instead of the task or activity that you know is more important — like cleaning your andirons instead of writing your novel.

Hey, your fireplace probably is a nasty mess. And there’s an endless list of other things that need doing all around you, if you’re paying attention. These are valid tasks, not just distractions.

You’re never going to do all those things, though, because ultimately they’re not as important as the novel, or getting to the gym, or learning a new skill that furthers your career.

So it’s the other valid tasks that you should procrastinate on while you prioritize what matters and instead do that.

Yes, it’s a nifty little mind trick to tell yourself that although your sock drawer is in desperate need of rearrangement, you’ve got to put it off to do something aligned with your greater life purpose. You’ll get to the socks later.

On the other hand, if you consciously bring to mind your sense of life purpose while bingeing Seinfeld (again), you might instantly experience the dread that you’re wasting your life on a show about nothing.

In both cases you’re really just being mindful of what’s important to you instead of hiding from it. That uncomfortable voice that tells you you’re not behaving with purpose becomes your biggest ally.

By paying close attention to what you choose to do in the moment, you realize that there are things that you should be putting off until later. That’s the kind of procrastination that lets the important things bubble up and get done. 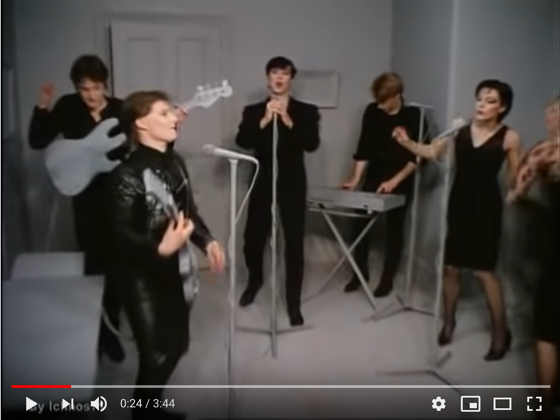 I stumbled across Don’t You Want Me by The Human League on YouTube this week, and it reminded me that I’d much rather watch and hear (Keep Feeling) Fascination. There’s nothing like a British gent with a deep, lugubrious voice wearing lipstick and eyeliner to make you miss the early 80s. (YouTube)