The Three Pounds that Power Your Best Life 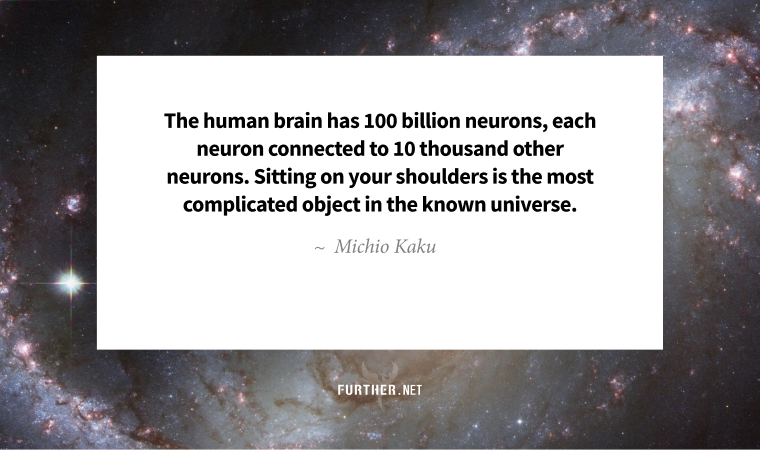 Health, wealth, and personal growth are three huge topical areas. But we cover them all here at Further, because they’re not independent categories that you should make trade-offs between.

Your life is all one integrated whole, where each component enhances the others to equal something more than the sum of its parts. And there’s one crucial organ where that integration comes together in the most evident fashion:

There’s nothing to fear about getting older. In fact, life after 50 can be the happiest phase of your existence.

But suffering from cognitive decline or dementia? That frightens most everyone, especially those who are advancing in years.

In a recent interview, Dr. Sanjay Gupta says putting your brain health first is the essence of integrated well-being:

Everything else is derivative from that. You’re much more likely to improve all other aspects of your health if you start with your brain health. If for no other reason, you’ll have better judgment. You’ll make better decisions about the other things in your life that affect your health, such as how you nourish your body.

It’s a bit of a chicken and egg situation. To make better decisions, you need a better brain. But to get a better brain, you have to first decide to do the things that improve your brain health.

That’s why it’s important to start now. People in their 40s and 50s are still cognitively humming right along, but the habits we lock into at this stage of life are likely to be the ones we carry over into our 60s and 70s.

In other words, we can start settling into routines and beliefs that lead to our mental decline as we age. Or we can actively seek out new experiences and challenges now so that it becomes an integral aspect of who we are.

Gupta says you’ve got to get outside your current comfort zone. Take on new projects that challenge you in a way that’s almost a bit scary. Adopt a regimen of diet and exercise that is good for your heart and your head at the same time.

If you do that, neurogenesis (the birth of new brain cells) will work to “improve your cognitive reserve, your brain’s resiliency, make you less likely to develop dementia — able to remember things better and consolidate memories, no matter your age.”

You essentially create new pathways in your brain that keep you sharp. On the other hand, if you settle in to the predictable, repetitive routines you’ve followed for years, your neurological roads start to narrow.

Your reasoning skills and ability to connect patterns — even things like empathy — they start to decrease as well if the roads are blocked. But if you have a lot of ancillary roads and trails, it’s not only serving you well now in your life when you when you’re highly functioning, but it’s also creating that cognitive reserve and acting as a buffer, a resilience against disease later on.

Whatever your conception of “your best life” is, it’s rightly all in your head. The three-pound organ in your skull is the primary key to living the life you want. That’s something to keep in mind when you don’t feel like pushing yourself for better health, wealth, and personal growth.

“Recent research published by the journal Human Brain Mapping suggests that there is a growing body of evidence to suggest that routine differences in our sleep habits — the difference between whether you’re the type who sleeps a consistent seven or eight hours a night, or someone who thinks they can get by with fewer hours of sleep — can account for differences within our own brain structures. These differences are consequently responsible for how we function cognitively.”

How Much Sleep Does Your Brain Really Need?

You hear about the power of belief, and it’s absolutely true when you realize that your sense of self is a bundle of beliefs. “If you believe you are capable of becoming the healthy, engaged person you want to be in old age, you are much more likely to experience that outcome, a recent Oregon State University study shows.”

I’ve been back to strength training over the last two months, but I’m struggling to eat enough to gain muscle — notably protein. So just in time, this updated guide on the topic popped onto my radar. Lift those heavy things, then curl that shake!

The Ultimate Protein Shake Guide: When to Drink, What to Buy, and Best Recipes

Don’t Call It a Comeback

It’s been rough for everyone over the last year. Fortunately, there are core health and well-being practices that allow you focus on what you can control and bounce back. These evidence-based strategies will help you build a resilient body and mind.

Down below, Trudi gets you rolling with better brain health via moving more. And in the Flashback, what’s a boy to do when his high school homeroom angel is viewed in a very different context? 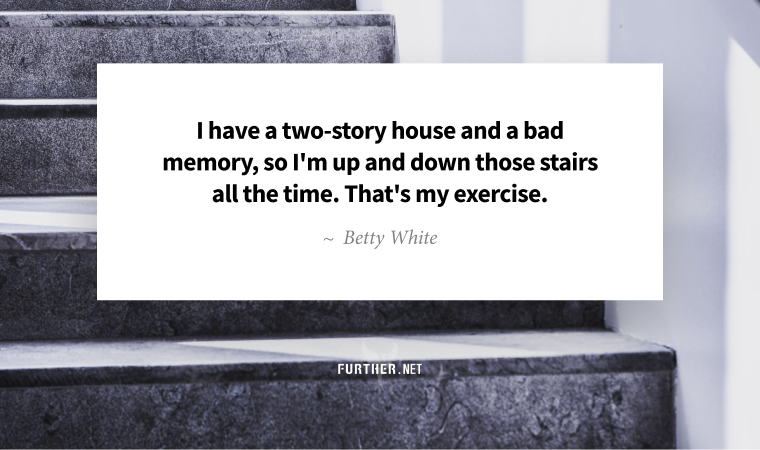 Do you remember when you realized the pandemic was going to change life as you knew it?

I do: March 13, 2020, when I ordered a Peloton bike because my spin studio shut down. That day I joined the “home workout revolution,” which has fueled multi-billion dollar gains for the fitness industry.

Do I love working out? Honestly, not really. The guilt of skipping a day or not going hard, fast, or far enough haunts me. But heart disease and diabetes run in my family, so I have to exercise a few times a week.

Lucky for us reluctant athletes, there’s anthropological evidence that makes fitness less of a chore and more of an evolutionary opportunity.

Humans have had to move their bodies for survival from the dawn of time —hunting, gathering, and running from predators — so conserving energy was critical. As evolutionary biologist and author of Exercised: Why Something We Never Evolved to Do Is Healthy and Rewarding, Daniel Lieberman points out:

All in all, humans have these deep-rooted instincts to avoid unnecessary physical activity because until recently, it was beneficial to avoid it. Now, we judge people as lazy if they don’t exercise. But they’re not lazy. They’re just being normal.

While you’re not off the hook completely because research shows physical activity lowers mortality rates, you can lighten up on judging yourself and others. On the other hand, exercise can make you make you feel fantastic, because you’re adding in a form of movement that we’re missing as modern humans.

Move Past the Myths

Beyond the myth that voluntary exercise is normal, Lieberman also pokes holes in common fitness misconceptions. For example, sitting isn’t “the new smoking” — just be sure to move (even fidgeting works) every few minutes. (Take that, standing desks!)

However, the most important belief Lieberman busts is that we should slow down as we age.

We invented the concept of retirement in the modern Western world, and along with that, the notion that once we hit 65, it’s normal to take it easy. But that was never true for our ancestors. There was no such thing as retirement in the Stone Age.

See, even fitness is part of the unretirement trend. Lieberman encourages us to fight our instinct to avoid voluntary exercise with three ways to think like an evolutionary anthropologist.

First, lean into the resistance. Don’t beat yourself up for not wanting to exercise, but still, push through.

Second, our ancestors evolved to be physically active when necessary or socially rewarding, so choose workouts that cover both bases.

And finally, extreme athleticism may be a sign that you’re coping with midlife discontent, but it’s unnecessary to optimize your health. Even moderate exercise makes a big difference.

So let go of the guilt and keep going. That’s the best way to exercise your right to a long and healthy life.

Why Run Unless Something is Chasing You? (The Harvard Gazette) 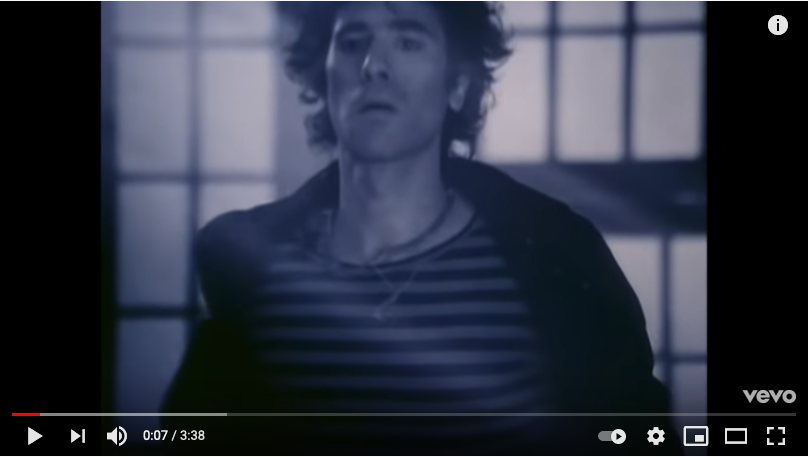 Unlikely hit song idea: You’re thumbing through a “men’s magazine” (one you only buy for the articles), and right there in full glory is your high school crush. Centerfold spent six weeks at the top of the charts in 1982. (YouTube)

Simply use these links that contain your subscriber referral code: