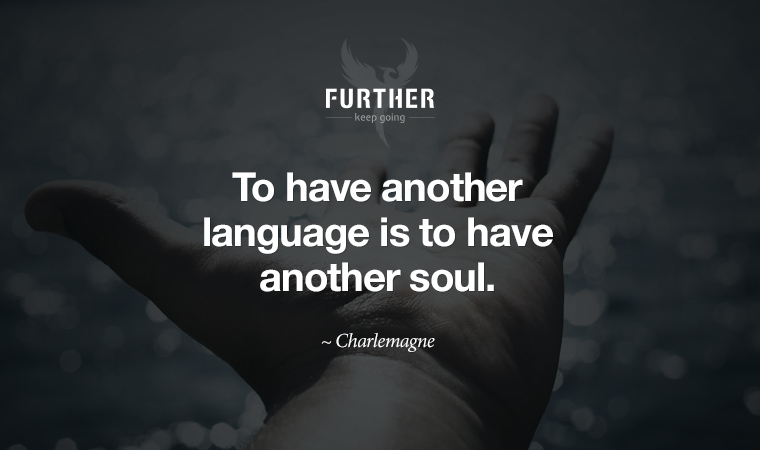 Learning new things seems tougher as we get older, and to a degree, it is.

Whether it’s a new language, a musical instrument, or an athletic pursuit, it takes more work than when you were a kid.

And that’s exactly why you should do it. Learning challenging new things improves your cognitive functioning — it doesn’t matter what it is, as long as it pushes your abilities.

Contrary to popular belief, however, learning a new language at midlife isn’t any harder than taking up golf or the cello. But there are benefits to being bilingual that may prompt you to choose learning a second language as your primary brain-boosting and life-enhancing strategy.

More than words can say

Beyond the benefits of neuroplasticity that come from learning new things, a second language seems to have more going for it than other challenging new skills:

According to several studies, people who study a language do significantly better on standardized tests. Language management calls upon executive functions such as attention control, cognitive inhibition, and working memory; and there is mounting evidence that bi- and multi-lingual people are better at analyzing their surroundings, multitasking, and problem solving.

So yeah, probably a better choice (and less frustrating) than golf. And also less challenging than remembering dorsal anterior cingulate cortex when recommending this article at parties.

As you might expect, bilingual people make more money than those who speak only their native tongue. And the more languages you learn, the easier it becomes to learn other languages — while also strengthening your first language.

Perhaps most importantly, learning another language opens up entirely new aspects of reality. It’s one of the most mind-expanding things you can do without a hangover.

Being fluent in more than one language gives you insight into other ways of seeing the world. That helps you develop empathy and openness to new ideas and perspectives — skills that will give you an edge on your journey into an accelerating future.

Beyond Words: The Benefits of Being Bilingual (Psychology Today)

P.S. You may be surprised that I didn’t lead with the new study that shows that Gen Xers are pissed off at work (below), but I hate being predictable.

Also below, Trudi Roth continues her exploration of the trend toward remote work with a piece on coworking — which may tie in nicely with what I (predictably) think you should do about being pissed off about your job.

Generation X is the unhappiest at work

New research from MetLife reveals that Gen Xers are less happy, empowered, and respected at work compared with Boomers and Millennials.

Worse, we’re not given timely promotions, provided too little exposure to senior leadership, and our work often lacks meaning. My take?

I am Jack’s complete lack of surprise.

Here are some of the key findings:

Sounds depressing. But there’s more to this story.

One generation to rule them all

The Global Leadership Forecast 2018 report reveals that Gen X accounts for 51 percent of leadership roles globally as of last year. With an average of 20 years of workplace experience, we’re on the cusp of assuming nearly all top executive roles.

So what’s the disconnect?

Well, blame the Boomers. Due to being tech-challenged themselves, they think they have to focus more on developing the digitally-native Millennials to foster innovation. Plus, there’s a whole bunch of those Millennials, and they’re loud:

“Due to the sheer volume of millennials in the workplace and their strong opinions about how it should be, companies are adjusting their policies to meet millennials’ needs,” says Foram Sheth, co-founder and certified coach at Ama La Vida.

Research shows, however, that Gen Xers are just as savvy as Millennials when it comes to digital technology. And unlike most of the self-promotional younger generation, we also have a mastery of more conventional leadership skills that remain crucial for organizations to thrive.

So what’s the solution?

Get this … despite the lack of respect (and promotions) for a decent chunk of Gen X employees, we do most of the work, and are more loyal than Millennials.

Demonstrating loyalty, a willingness to take on a heavy workload, and a powerful combination of digital and traditional leadership skills, Gen X is producing highly capable leaders that are in danger of being overlooked.

If you’re expecting things to change in our favor, well … it’s possible. But this is no time to shed our cherished cynicism, given that employers don’t seem to think there’s a problem.

Same as it ever was

We’re probably going to have to do it for ourselves. Surprise!

Never forget that those who do most of the work, combined with having the most well-rounded skill set, are practically indispensable (whether appreciated or not). And that means you should rely on leverage more than loyalty.

Sure, you could get another job where you’re more valued (maybe). A longer-term solution, though, is to take your skill set and use it as the foundation of your own personal enterprise, starting with freelancing or consulting for your old boss.

Let’s say you merely break even. At least you’ll have what Gen Xers crave most — autonomy. Funny thing is, at this point you realize that part of your job is to get more (and better) clients than the boss you left behind.

Either way, your clueless overlords have so much less power than they think they do. Even better, if you can future-proof your income by taking control of your economic existence, you can then say:

I am Jack’s smirking revenge.

No need to beat yourself up over it. But remember … this is your life and it’s ending one minute at a time. That’s Tyler, don’t @ me.

Why coworking helps you thrive

Nobody in their right mind in Los Angeles would consider doing this: I started commuting to work — even though I’m a freelancer.

I’ll concede that “right mind” combined with “Los Angeles” may be an oxymoron to some. But that’s not the point.

Like more than over a million people worldwide, I couldn’t resist the siren song of a good coworking space — and it wasn’t just the funky décor, abundant snacks, and unlimited high-test coffee. All of that can be had in a smartly-appointed home office.

What coworking offers is a blend of autonomy + people; freedom + structure. It’s a potent contradiction that juices productivity and enhances creativity.

Moreover, the “co” in coworking tells you exactly what it sells you: cooperation, connection, and community.

All of which apply not only to work performance, but also to fulfilling our basic human need for belonging. Sign me up.

Shared experiences are an important part of how we thrive. Science shows that when we’re deprived of social connection, we can actually feel physical pain, just like when don’t get basic needs met for food, water, and shelter.

Dramatic, sure … but a stretch of working home alone without significant human contact might bring on intense arguments with inanimate objects that even a faithful companion like Wilson won’t forgive you for.

Understanding coworking’s secret sauce has been the subject of Dr. Gretchen Spreitzer and her team’s ongoing research at the University of Michigan. Topping the list of their findings are flexibility, independence, and freedom to be yourself.

That said, the research also shows you enjoy being a part of a meaningful community that taps into the sweet spot of collaboration without competition. In other words, coworking brings all the benefits of being in a traditional office, without the terrible parts — like petty politics and hovering managers.

Coworking’s open structure, flexible arrangement, and come-as-you-are vibe is as much a social movement as it is a physical space. The joy of coworking, though, is that who you connect with — and if you do at all — is totally up to you.

Given the space to build your own brand instead of someone else’s, coworking gives you the chance to work with others worth working with. As with every other part of going out on your own, choice is the point.

It may be 2008, but who other than Gen X can claim both Prince and Radiohead?. Don’t worry, it’s a rhetorical question.(YouTube)