The New Solution to the Midlife Crisis 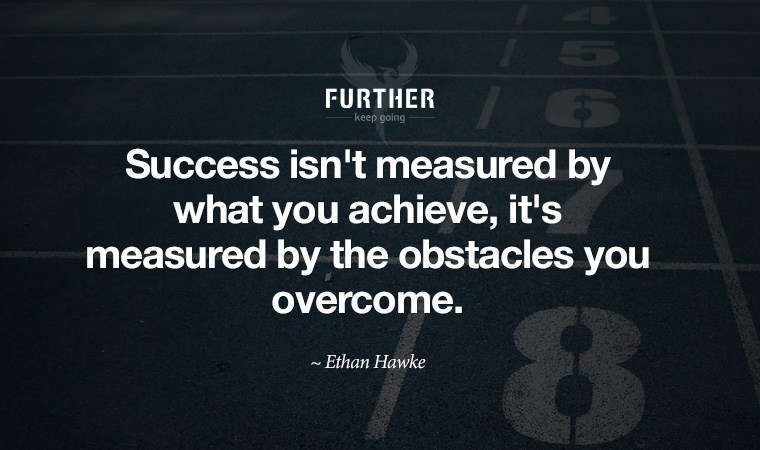 In 1994, Ben Stiller tried to capture the essence of 20-something Generation X with his directorial debut, Reality Bites.

The film is somewhat cringey (Cameron Crowe did it better with Singles), but you had to enjoy what came out of the mouth of Ethan Hawke’s acerbic slacker, Troy. Notably, answering a phone call with “Hello, you’ve reached the winter of our discontent.”

(Gen X trivia: This is, of course, a reference to the opening line of Shakespeare’s Richard III. But John Steinbeck’s final novel was also called The Winter of Our Discontent, with a protagonist named Ethan Hawley … strikingly similar to Ethan Hawke, who was born nine years after the novel’s 1961 release.)

Turns out, our 20s were not the true winter of our discontent. Instead, the malaise comes at midlife — our 40s — where most of Generation X is firmly entrenched right now. And rather than an acute crisis resulting in a sports car or plastic surgery, it’s really just an extended period where life satisfaction is low, even despite career success and a loving family.

Recent data analysis reveals that this tends to be a consistent phenomenon across generations, although no one can identify a specific cause. In other words, if Seinfeld was a show about nothing, your 40s are a period of unhappiness about nothing.

The good news is, science shows that things get a lot better around 50. Anecdotally, I’ve never been happier than the last couple of years, and this elder Gen Xer is pushing 51. But what to do in the meantime if you’re in your 40s?

Forget working out to simply maintain health and age gracefully. Many 40-somethings are “taking on challenges that seem to belong to the young: by pushing the limits of what they’re physically capable of through endurance athletics and extreme fitness.”

Today, almost a third of all triathlon participants in the United States are between the ages of 40 and 49, according to the U.S. Triathlon organization. That’s the largest age demographic by decade and one of the most competitive.

Then again, maybe it is about aging gracefully. Speaking for myself, it feels great to push it physically these days — not to regain former glory, but to be the best I can be for the journey forward. This may be the common motivator.

Of course, there’s no telling what motivates all people to push themselves like this, but from my experience and the experience of many athletes I’ve spoken to, extreme fitness is less about being young again and more about building yourself up for the years ahead. In other words, getting better at getting older.

Personally, I don’t see this as a problem at all. For the past few months, I hiked the Rockies at a pace my wife jokingly called obsessive. She’s not wrong, but it’s an obsession that got me in much better shape, and without doubt plays a big role in how happy I am these days.

Midlife is about recognizing that the journey not only continues; it’s likely the better half of the trip (once you get through the 40-something angst). It’s also about living life on your terms, with your own definition of what success looks like.

In that sense, perhaps setting up significant obstacles to overcome — whether athletic or otherwise — provides the sense of contentment that may be inexplicably missing at this midlife moment. So what’s wrong with pushing it further?

P.S. The first leg of our world tour abroad has been wonderful. Check out photos of Paris here.

Earn 50,000 bonus points with a new Chase Sapphire Preferred card. Use points for free airfare, hotels, and more, plus earn 2x points on travel and dining. Get the details and apply here.

If you’ve been paying attention to the increasingly pessimistic news about alcohol, you likely saw this coming. In short, booze is not only bad for your health, it’s devastating to society as a whole.

No Amount of Alcohol is Safe, Health Experts Warn

Will a drink a day hurt you? No, but many “moderate” drinkers are engaging in problematic drinking without acknowledging it. And yes, you can be physically addicted even at one daily drink.

A Daily Drink Is Almost Certainly Not Going to Hurt You

The fat you can pinch on your waist, arms, legs or anywhere else is all subcutaneous fat, stored just beneath the skin. Visceral fat is a different beast: the deep, internal fat packed around your abdominal organs — sometimes also referred to as abdominal fat, which can spell serious trouble for your performance and your health.

How to Lose Visceral Fat, and Why It’s So Bad for You

Waking up to an alarm clock is pretty much the worst way possible to get up in the morning, although arguably the most efficient. The iOS and Android app Beditations provides morning meditations to wake you up in place of a traditional alarm clock.

Replace Your Alarm Clock With Meditation Using This App

There has been an ongoing debate as to whether or not older human adults can continue to grow new neurons. Researchers from Columbia University and the New York State Psychiatric Institute report that older women and men (who are healthy) can generate just as many new brain cells in the hippocampus via neurogenesis as younger counterparts.

Getting Older Doesn’t Stop the Genesis of New Brain Cells

Touring the City of Lights

As I mentioned above, I’m loving Paris, and it does shine at night thanks to the 20,000 bulbs illuminating the Eiffel Tower, plus the radiance of the Champs-Élysées. But the city was dubbed “La Ville-Lumière” because Paris was the birthplace of the Age of Enlightenment and the genesis of innovative ideas that spread throughout Europe.

How to Spend Your Time in Paris: What to See, Do, and Where to Eat

Being a leader is not about teaching your audience — it’s about influencing them with your point of view. To boost your leadership presence, start by developing these four speaking habits.

Adopt These 4 Speaking Habits to Boost Your Leadership Presence

Human beings crave coherence. We long to be true to ourselves and to act in a way that’s consistent with what we believe and value. We want to generally live, and specifically work, authentically.

To Make a Change at Work, Tell Yourself a Different Story

These are small and totally doable actions that, with a little practice, can help you focus and get more done. Try these focus-forming habits that help to lengthen your unpredictable attention span.

A surprisingly potent technique can boost your short and long-term recall, and it appears to help everyone from students to Alzheimer’s patients. Taking the occasional down time — to do literally nothing — may be exactly what you need.

An Effortless Way to Improve Memory

The Formula of Humanity

Author Mark Manson has been credited with writing a book that essentially explains Buddhism to bros, but I think that’s a bit dismissive. Here he breaks down Immanuel Kant’s second formulation of the categorical imperative in a clear and entertaining way that makes it emminently relevant to modern life.

Immanuel Kant and The One Rule for Life

What happens when love, whatever its category and classification, dissolves under the interminable forces of time and change, be it by death or by some other, more deliberate demise? How do we moor ourselves to the fact that even the most beautiful, most singularly gratifying things in life are merely on loan from the universe, granted us for the time being?

Epictetus on Love and Loss: The Stoic Strategy for Surviving Heartbreak