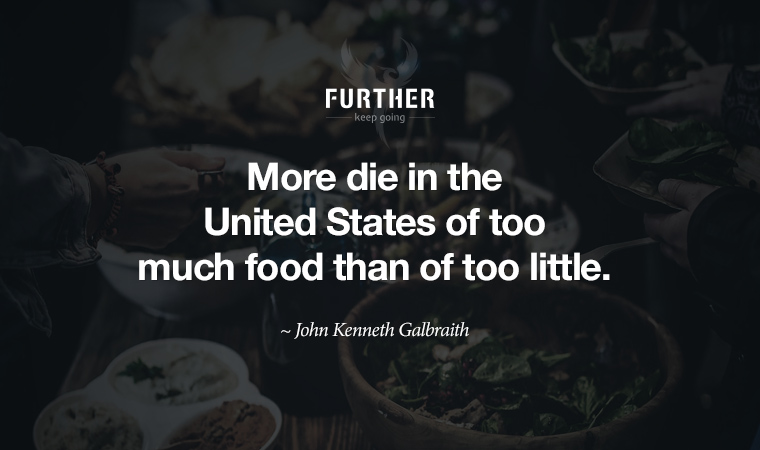 Dining with friends can be a minefield nowadays. He’s keto; she’s vegan; they’re all gluten-free. And everyone wants the early bird special, not because we’re scoring a senior discount (yet), but because of intermittent fasting.

There’s no question that what and when you eat impacts your health and longevity. But the secret sauce that transforms not just your body, but also mind and spirit, is what the Japanese call hara hachi bun me.

It’s a conscious approach to nourishment that follows one basic rule: eat until you’re 80% full. This simple practice holds the key to cracking complex issues like decreasing stress, increasing resistance to life-threatening illnesses, and elevating your mood.

All you have to do is put Zen on the menu at mealtimes.

While the practice of hara hachi bun me dates back to the 13th century, it’s still a mainstay in Okinawa, Japan. One of five “Blue Zones,” the island has the highest concentration of centenarians and the lowest death rates from America’s top three killers: cancer, stroke, and heart disease.

Studies on Okinawa’s elderly have shown that the practice of eating until “you are eight parts (out of ten) full,” which naturally restricts calorie intake, reduces free radicals in the blood. This means improved heart health and a lower risk of chronic illnesses.

Eating until you are 80% full isn’t just about taking specific actions. It also involves an attitude adjustment in the direction of conscious consumption.

With this perspective shift and change in relationship with food, living will not be about eating, but eating will become the fuel and sustenance for a fulfilling lifestyle, focused on your family, friends, career, and success.

While Okinawans have specific healthy foods they favor, there’s no particular recipe for how to eat until you’re 80% full. Start by consuming filling, nutrient-dense foods (vegetables, fruits, whole grains, lean protein) slowly and mindfully, and you’ll start to know your body.

Give yourself a half-hour after a meal to decide how you feel. If you’re totally full, you’ve gone too far. If you’re satiated but could still eat more, then you’re in the zone.

The bottom line is to stop focusing on food. Eat only when you’re hungry. Recognize that while dining is enjoyable, it’s just one of many substantive life experiences. And keep this Japanese proverb in mind: “eight parts of a full stomach sustain the man; the other two sustain the doctor.”

Finally Getting in Shape: The Japanese Rule to a Healthy Diet (Medium)