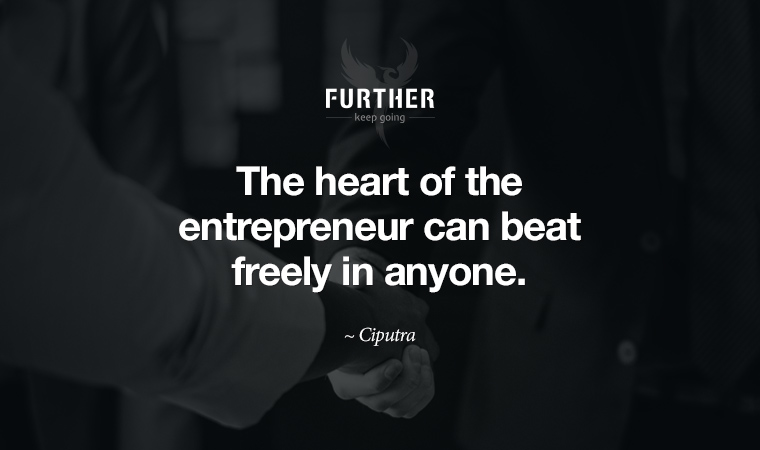 If you’re thinking of starting your own business and watch a lot of Shark Tank, first of all, stop that. And then maybe forget the notion that you have to ask for money at all.

Fortunately, the tide is turning in favor of saying no to investors. That means saying goodbye to insane growth targets to satisfy those investors, and hello to sanely ambitious small companies that serve the needs of customers and the people who do the work.

The power of the company of one

The idea that a business must continually grow at a rapid rate is purely a function of outside money being invested in that business. Whether fueled by angels, VCs, or Wall Street, that capital demands a rate of return that goes well beyond healthy growth for a profitable business.

For example, Netflix added a record 8.8 million subscribers during the fourth quarter of 2018. Investors responded by tanking the stock because that wasn’t good enough according to their projections.

Now, imagine that your business finished last year stronger than ever. And yet you find yourself with cranky investors second-guessing you on a series of conference calls.

Plus, you’re being pulled away from doing the work that you started the company to do in the first place. That’s not my idea of a good life, and it’s certainly not why I continue to start companies.

In his new book Company of One, Paul Jarvis argues against the hockey-stick growth mindset. He also practices what he preaches with his own business. And he’s not alone — off-the-shelf technology has driven the creation of countless tiny businesses that exist primarily to satisfy the economic and creative needs of the founders.

This doesn’t mean that you have to barely scrape by. Quite the contrary, actually. You can make ridiculous amounts of money if that’s what you’re after.

The point is that you should decide how much is enough. If you turn to investors, though, your version of enough will invariably be less than the “money people” would prefer.

I’ve mentioned the concept of the personal enterprise recently, which is the idea that traditional employment will disappear, and we’ll instead have a variety of endeavours that will power us economically. While for some that may seem sad, it’s really an amazing opportunity to carve out personal autonomy, do meaningful work, and create true wealth.

The personal enterprise is a tiny aspect of the book Unscaled by Hemant Taneja, which posits that companies of one and small teams can produce outsized results thanks to emerging technology. Guess what? That’s already true:

In 2015, 35,584 nonemployer businesses earned between $1 million and $2.49 million in revenue in 2015—a 33% increase from 2011, according to Census Bureau data. “Nonemployer” businesses are what the government calls those that have no employees except the owners.

That’s a lot of million-dollar one-person businesses. Rest assured that those numbers will continue to grow, but you're not obligated to aim for that level of revenue. Create the perfect business for you.

More Start-Ups Have an Unfamiliar Message for Venture Capitalists: Get Lost

P.S. You're going to want to check out this tweet … SMH.

Also, Trudi Roth is contributing to Further this week with a piece on midlife tattoos. Welcome her by giving it a share!

You're too old not to work out

New research reveals that six in ten Americans are vowing to get fit this year. Sadly, most of them won’t succeed for the usual litany of reasons — not having enough time, too much work to do, and a lack of energy.

One other common excuse caught my eye, though. Out of 2000 Americans surveyed, 23% said they felt too old to work out. The more shocking part of that misguided notion is the age at which they thought qualified as “too old”:

Are you kidding me?

As someone a decade older than that who has pretty much transformed my fitness in the last year, that’s news to me. Of course it’s not true, but the fact that people feel that way is alarming.

First of all, almost a third of all triathlon participants in the United States are between the ages of 40 and 49, according to USA Triathlon. Last I checked, doing a triathlon is a bit tougher than hitting the StairMaster a few times a week.

Secondly, the concept of “old” keeps getting pushed back later and later, and it’s nowhere near 41. Plus, the older you get, the farther ahead you’ll personally push the marker — mainly because you don’t feel old from a psychological standpoint.

In other words, “old” is subjective.

So why would some people feel physically old in their 40s? In a dose of sweet irony that any Gen Xer can appreciate, it’s not that you’re too old to work out; it’s because you’re not working out.

As we move through life, we lose muscle and gain fat unless we’re actively doing something about it. Add in poor nutrition and a desk job, and your lower back may indeed make you feel old in your 40s.

Worse, you’ll be on the path to a miserable level of weakness as you continue to age. Muscle loss can speed up appreciably after the age of 50.

The basic prescription is to move more — not just to help you lose weight, but to make you feel younger. The thing that will truly make a revolutionary difference in your life, however, is strength training.

I’m not talking about lifting for looks (although you will absolutely look better as your muscles tone). I’m talking about how you feel when your core muscles strengthen. In my recent experience, it’s like becoming a different person.

Your lower back will feel much better, your posture will improve, and your stride will reflect the opposite of old. Make it a habit if you want a shot at actually getting old, because people 65 and older who strength train twice a week have a 46% lower mortality rate.

And then, if you’re so inclined, you can start training for that triathlon. At 41, 51, 61 … or whenever you get bored with owning Millennials at CrossFit.

The virtue of the midlife tattoo

At a recent personal development workshop, I sat next to a mild-mannered 40-something guy. As the session heated up, he removed his hoodie to reveal an intricate sleeve of freshly-inked symbolism.

Naturally, I just had to inquire about the meaning behind his tats. “Nothing special,” he replied. “I’m just anointing my body for death.”

Research says that getting ink in your 40s and 50s is a classic sign of the modern midlife crisis, along with moisturizing, running marathons, and taking a daily probiotic. While “crisis” is debatable, this dude at the workshop seemed to be putting an especially morbid spin on the tendency to tat at midlife.

I have to admit I could relate. Well, at least to the idea of getting ink.

Show me a man with a tattoo, and I’ll show you a man with an interesting past ~ Jack London

Having resisted the siren song of tattoos at various life stages — tramp stamp (20s), barbed wire armband (30s), proverbial Chinese characters (40s) — I finally gave in. The back of my neck now features an inked mandala that celebrates a half-century of me being me.

I purposefully picked a lotus-inspired mandala and placed it on the back side of my throat chakra. This was to remind myself that anything I write or speak going forward should plant seeds of inspiration, radiate kindness, and impart wisdom.

In other words, I was writing a new chapter in the story of my life. Moreover, I was etching it in blood.

Beyond the story the tat tells, there’s the autonomy of the act. Making the choice to get ink means something — it’s a bold statement in itself, especially as a so-called grown up.

Truth be told, when I showed my elderly parents my mandala, the experience whipped up an anti-aging elixir more potent than Botox. Mom’s disgusted sniff and my dad’s notable silence provided a welcome return to youthful rebellion that far exceeded simple reminiscing.

At an age where the scars we bear often aren’t borne of choice, opting to get tattooed as a form of self-expression feels life affirming rather than trudging toward death. If it’s a “crisis” to proclaim that I’m still here and plan to be for quite a while longer, well … so be it. 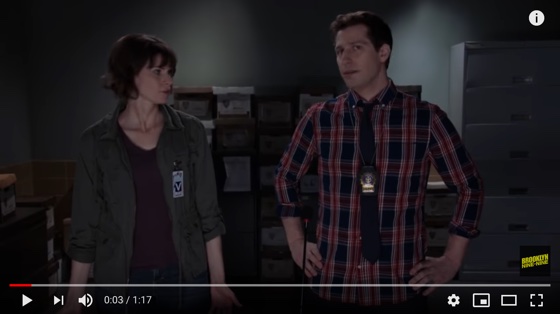 Backstreet Boys – I Want It That Way
Brooklyn Nine-Nine, 2018

After we ushered in the alternative revolution in the early 90s, members of my own beloved generation allowed Britney and the boy bands to once again reduce popular music to superfluous crap. That said, this is the funniest cold open in Brooklyn Nine-Nine history. And while I admit it’s an incredibly catchy tune, you'll never see the Backstreet Boys in Further again. (YouTube)