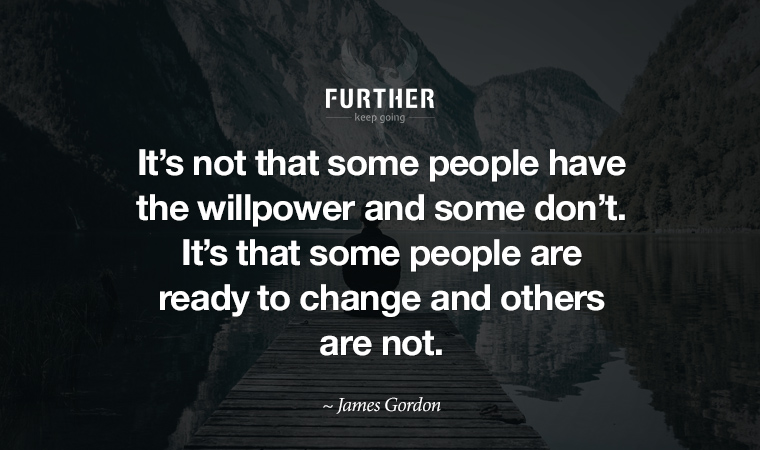 If only we had more willpower, we’d be living our best lives. A tad more self-control over our immediate urges, and all our goals would be achieved.

Well, at least not in the single, unified, monolithic capacity that we often think of it.

The popular idea of willpower is more of a moral concept than a scientific one. It dates back to early Christianity, and the modern conception came into vogue during the Victorian era, specifically related to moralistic concerns about substance abuse.

That obviously doesn’t mean self-control itself doesn’t exist. It also doesn’t mean that some people seem to have more of it than others in certain contexts.

Research shows, however, that many of the popular underlying ideas about willpower are wrong, which may make your attempts at self-control less successful. And it may also mean that you need to put yourself in contexts that are more favorable to your own self-control abilities.

Ego depletion has left the building

We’ve been primed to think of willpower as a muscle that gets fatigued with use. For example, the psychological theory of ego depletion says that your self-control draws upon a limited pool of mental resources that can be used up as you go deeper into your day.

Ego depletion was touted as a real thing, with the research replicated dozens of times and memorialized in best-selling books. But a 2015 meta-analysis called those results into question, and a 2016 study involving 2,100 subjects failed to show any evidence that ego depletion is real. Whoops.

Which leads us to ask: what exactly is the mechanism that allows for self control? Or maybe more importantly, what fails us when we say we want one thing, but do another?

Self-control involves a messy mix of emotions that provide the motivation for what we do (as opposed to what we think we should do). In fact, the Latin root for the word emotion means “to move,” because emotions motivate what we do.

When you think you don’t “feel” like going to the gym, you’re right. Same when you “feel” like having some wine tonight, even though you swore it off until February. Nothing more than feelings.

Emotional self-regulation is a complex function, and as we’ve long known in psychotherapy, trying to willfully manage your emotional states through brute force alone is bound to fail. Instead, regulating emotions also includes skills such as shifting attention (distracting yourself), modulating your physiological response (taking deep breaths), being able to tolerate and wait out the negative feelings, and reframing beliefs.

Feelings can rule you with an iron fist, and it can be hard as hell to fight them. While you can and should work to develop your mental toughness, you should also find smarter ways to accomplish things through intrinsic motivation — otherwise known as doing things that you’re already inclined to do.

That doesn’t mean simply giving in to destructive or lazy impulses. But it does mean reframing your objectives in a way that works. In other words, when you’re ready to change, you’ll find a way.

We’ll talk more about that soon.

P.S. We listened to the new Weezer cover song collection over the weekend (aka Gen X Awesome Mix Vol. 1). My wife deadpanned, “I’ll hire these guys to play my next wedding.”

Along those lines, Trudi Roth joins us again this week to examine what keeps a marriage together for the long haul. It may not be what you think.

What if your job requires you to walk?

One of the primary reasons people say they can’t get fit is they don’t have time, usually due to work. On the other hand, the prevailing advice on how to start getting more fit is to simply start walking.

Okay, so what if your job required you to walk? Problem solved, right?

Well, the likes of Tchaikovsky, Einstein, Jobs, and countless other brilliant people considered walking a crucial component of their work. If you’re truly interested in productivity and performance, how can you ignore the work habits of people like that?

A Stanford study explains why those great minds made walking a priority. The results show that walking clears your mental path for innovative ideas, solutions to problems, and general creativity.

The researchers found that creative output increased by 60% on average when walking compared to sitting. They defined creative output by testing “divergent thinking”, or the ability to come up with a variety of creative ideas by exploring different possible solutions.

Plus, you’re also more creative after the walk. So if you prefer to get back to your desk to get important things done, that works too. And you don’t have to power walk for an hour, either — a short stroll of 15 minutes does the trick.

Now, level-up your career with cardio

By adding walking to your job description, you’re already performing better. But if you’re bucking for a promotion over that ambitious Millennial who keeps bringing the boss surprise pumpkin lattes (out of season!), you might want to add in more cardio.

Research further shows that aerobic activity can improve your memory and overall brain health as you age. Now that you know this, you practically have to work out to remain competitive in the workplace, right?

Never mind that you’ll look, feel, and sleep better. And who cares that you’ll also improve your cardiovascular health, lower your blood pressure, and live longer.

We’ll keep those things between us. Clearly it’s all about work, given that’s what kept you from exercising in the first place. 😉

The counterintuitive key to keeping your marriage together

What if I told you it might help if you were a little less married. That perhaps you need some space to explore your own needs.

To be clear, I’m not talking about an open marriage or “consensual non-monogamy” — what sex columnist Dan Savage calls being monogamish — as the ultimate way to keep it together.

That may be the answer for you and yours, and you’ll get zero judgment from me. But most of us need to do more homework on trust, communication, and intimacy before taking that test.

I’m talking about becoming your best self, on your own. And in the process, ultimately strengthening your relationship so that it rocks for ages.

Just the two of us

Divorce rates have dropped by 18% since 2008. Our generation is largely credited for this decline, given that we started the trend of holding off on marriage until later, when we were more established in our careers and financially stable.

Conversely, so-called “gray divorces” for older folks are up 50% since 1990. Before you chalk this up to Boomers marrying too young, research instead points to the traditional bill of goods they were sold — that their development as individuals and an enduring union are mutually exclusive.

The idea that another individual should fulfill all of our needs forevermore is a fallacy. How could anyone be expected to live up to that obligation?

Not that all romantic notions are dead ends, though. In fact, it’s worthwhile to troll the go-to poets favored by wedding planners to crack the code of long-term monogamy.

You can go your own way … together

In “On Marriage,” Kahlil Gibran talks about love not as a bond, but as “a moving sea between the shores of your souls.” And Rainer Maria Rilke in Letters to a Young Poet advocates space and privacy as key to a good marriage:

A merging of two people is an impossibility, and where it seems to exist, it is a hemming-in, a mutual consent that robs one party or both parties of their fullest freedom and development. But once the realization is accepted that even between the closest people infinite distances exist, a marvelous living side-by-side can grow up for them, if they succeed in loving the expanse between them, which gives them the possibility of always seeing each other as a whole and before an immense sky.

The moral of the story?

Fall in love with new things that give you personal meaning and purpose. As it turns out, you do you is actually your best shot at preserving your “I do” for the long haul. 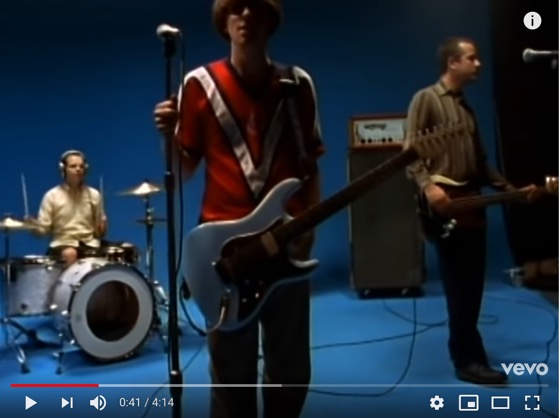 Some people think Weezer hasn’t done anything worthy since 2001. Others think Rivers Cuomo and the boys are still vital. But no one disputes the greatness of their 1994 self-titled debut, now known as the Blue Album. Here’s just one example off of what is essentially a partial greatest hits collection. (YouTube)