The Ultimate Science-Based Benefit of Meditation 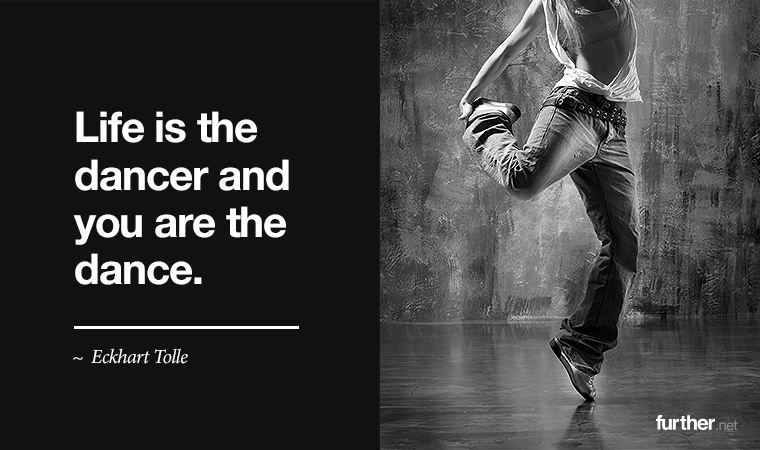 It’s been amazing to see the “secular selling” of meditation over the last few years. While many purists object to what they deem McMindfulness, there’s no doubt that the emphasis on performance benefits is a smart way to increase awareness and the level of mainstream participation.

Modern proponents of mindfulness tout the results of over 3,000 research studies that demonstrate the scientific validity of an ancient “spiritual” practice. These studies show that meditation improves your general well-being, reduces depression, anxiety and stress, increases productivity, improves self control, and even changes the composition of your brain for the better.

And yet, the ultimate benefit comes from the spiritual side from which meditation was born. The kicker is that this aspect of the practice is just as scientifically valid as any of the other benefits, and it’s a rigorously logical process with a rational conclusion, no matter how “out there” it may sound to those who haven’t done the work.

Imagine there’s an evil force that is tricking you into thinking that what you perceive is reality, when it’s really not. Everything you believe to be real is a sophisticated illusion that’s piped into your brain to fool and control you. Ultimately, you begin to suspect this is the case.

“Yeah Brian,” you may be thinking. “I already know the plot to The Matrix. I thought this was a serious publication.”

Actually, I’m referring to the thought experiment offered by French philosopher René Descartes in 1637. The conclusion Descartes came to became his most famous one-liner: cogito ergo sum (“I think, therefore I am”). Basically, the fact that you can question the nature of reality proves, at minimum, that you exist.

But this begs the question, just who are you? And who am I? Is there really a tangible and enduring “me” behind the thoughts rumbling around in my head? What if those thoughts are being piped in as well?

Neuroscience seems to confirm what Scottish philosopher David Hume argued in his work back in the 18th century – the “self” is a concept our brain creates out of a bundle of perceptions. The self can’t be found with an MRI machine, nor by you once you truly go searching for it.

Who Are You Really?

Last week we saw that mentally talking to yourself in the third person results in a highly beneficial form of “psychological distance.” And as mentioned, neuroscience reveals that our sense of self is an illusion, or a constructed narrative that our brain creates.

Over 2,500 years ago, Siddhārtha Gautama saw meditation as a way that people could personally experience what science now tells us. The practice is intended as a way to observe the intangible nature of the ego in order to alleviate the suffering that comes from taking your “self” too seriously.

The regular practice of meditation allows you to watch your thoughts come and go, and to see firsthand that they merely happen and then dissipate. Moreover, you come to realize that your memories, inner monologues, and dreams of the future are simply the contents of your mind – they are not you.

At that point, things get really interesting from an introspection standpoint. Who exactly is the “watcher” that is observing the contents of this mind? Where do “you” stop and “the world out there” begin?

You’re engaging in an intellectual exercise, but the conclusion you eventually come to is fairly mind blowing. Even better, the benefits of this realization are very real.

What Are You Really After?

Once you go through the rigorous process of eliminating every thing about “you” that is intangible and fleeting, what’s left? As neuroscientist Bruce Hood puts it:

You only exist as a pattern made up of all the others things in your life that shape you. If you take each away, ‘you’ would eventually cease to exist.

In spiritual enlightenment terms, what’s left after the illusion of self is stripped away is non-dual awareness, or consciousness. But let’s stick with the more scientific terminology of achieving “psychological distance” from the illusion of self. This is the liberating result of a purely rational process that allows you to suffer less, and it works whether or not you take the next step of pondering the nature of consciousness (which is a really hard problem).

More importantly, this distancing allows you to quit trying to fortify your ego as a happiness-achievement mechanism, and instead indulge in generosity, compassion, and gratitude. There’s nothing “woo woo” when it comes to what science says about these practices:

They actually make you happy.

I discovered the intellectual process of finding what’s true beneath the self without meditation, so it’s definitely doable. But I finally gave in and started meditating because there’s a difference between knowing something intellectually, and experiencing it. Also, living in accordance with this big realization is NOT easy (you still tend to fall back into the ego trap).

Meditation definitely helps with the day-to-day. Next week we’ll look at a complementary approach to living that increases well-being and happiness.

Gotta say, I’m pretty proud of myself for ignoring the “chocolate helps you lose weight” thing when it broke. It sounded ridiculous, and even if it worked somehow, what we know about sugar makes it a bad idea regardless.

Well, turns out the story was fake … deliberately fake. A journalist named John posed as Johannes Bohannon, Ph.D of the (made up) Institute of Diet and Health, and used some shoddy research practices (notably a tiny sample size) to manufacture the results. The media ran with it without asking any sort of tough questions one might expect from, you know, journalism. It’s a cautionary tale about learning to be critical of health-related news reports, even (or especially) when they claim to be backed by science.

The Rise of the Solopreneur Millionaire

“What’s driving their success? One factor is the growth of the internet, which has enabled individual entrepreneurs to plunge into a vast, global marketplace cheaply and quickly. ‘It’s provided a whole set of capabilities and tools these entrepreneurs can access,’ says Andrew Karpie, a principal analyst at the Research Platform in San Francisco, who studies online platforms used in the labor area.

But it also reflects a shift in attitudes. Rather than adopt Henry Ford-era business models, where scaling up depends on hiring legions of employees, these entrepreneurs travel light.”

How Bold Entrepreneurs Are Breaking $1 Million In One-Person Businesses

“People decide to not do things all the time just because they’re alone,” said Rebecca Ratner, a professor of marketing at the Robert H. Smith School of Business, who has spent almost half a decade studying why people are so reluctant to have fun on their own and how it may lead to, well, less fun overall. “But the thing is, they would probably be happier going out and doing something.”

I don’t understand people who won’t go to the movies alone. It’s not like you’re supposed to talk.

Why you should really start doing more things alone

That’s it for this week. If you’re enjoying Further, would you mind giving it a share? Thank you!