The Only Success that Matters 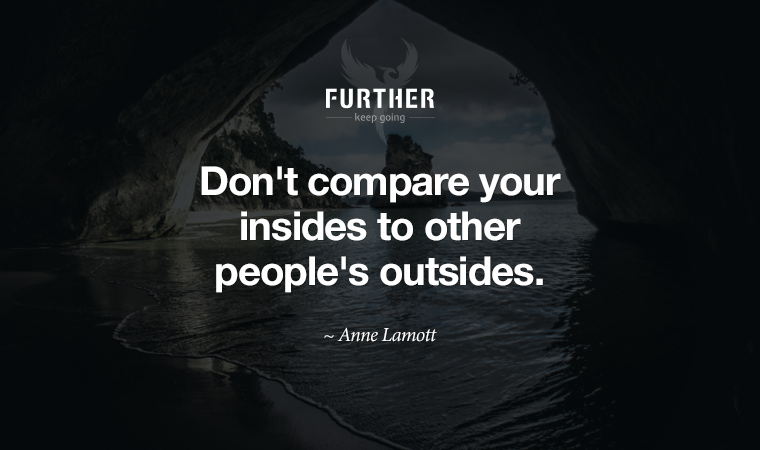 How can someone who “has it all” take their own life? Where does that leave the rest of us?

At first blush, it seems puzzling when we hear the tragic news about people like Robin Williams, Chris Cornell, Kate Spade, and Anthony Bourdain. How could they be unhappy?

Bourdain in particular hit hard. So many people admired him, and wanted to be more like him.

I’ll admit to that aspiration. I wanted to write more like him, travel like him, and welcome every new experience, meal, and culture as he did.

But what you see on the outside has nothing to do with someone’s inner reality. All of the people I mentioned above had their own demons, and many times those demons were tied to the demands of the very success that we think should have made them ecstatic people who are totally in love with life.

It brings to mind something I wrote last week:

Don’t get me wrong, success won’t necessarily make you happy. In fact, plenty of people we deem “successful” are downright miserable.

Suicide is the most extreme solution to that miserableness. But a lack of well-being can manifest itself in many destructive ways even when we choose to stick around. And people can carry crippling depression even while you observe their “fabulous” exterior life.

Don’t focus on the external benefits that others have achieved to define what your life should look like. Focus on achieving an internal process that provides you with well-being that’s tailored to who you are.

Above all, I’d like for you to stick around and happily keep going — on your own terms, not anyone else’s.

There’s a new fitness trend that’s more productive than running nowhere on a treadmill or sidestepping litter during outdoor workouts. Known as “plogging,” it involves picking up trash while jogging.

‘Plogging’ Is The New Workout Trend We Never Saw Coming

It’s pretty clear that sugar isn’t healthy, especially in excess, but are artificial sweeteners the answer? Probably not.

How Artificial Sweeteners Affect the Body

Do the Real Work

It makes everyone’s life easier in the moment if you’re quick to reply to email, willing to hop on a call, attend one more planning meeting, and join that internal committee. But as this famous example shows, long term value comes from ignoring that stuff and doing the real work.

What Every Successful Person Knows, But Never Says

I’m a firm believer in doing the most important task on my list for the day first thing, which generally coincides with what I want to do. But the common advice to do the most unpleasant thing first (“eating the frog”) is just bad advice.

Good thing we Gen Xers love irony, because for a group that was initially branded as slackers, we’re likely going to work longer than other generations (and that may not be a bad thing). But let’s put some money away regardless, yes?

Retirement Milestones to Hit for the Gen X Years

I don’t think I would last long if I just quit working on interesting stuff completely. But taking a year or two off before kicking it back up? I’m down for that.

Congruence between values and actions is one of the most important qualities of influential leaders. It’s that congruence that motivates you to become your best self.

Authenticity Is the Most Important Trait of Influential Leaders. Here’s Why

Our attention gets hijacked by everything from the stress in our lives to the ding of our phones. Neuroscientist Amishi Jha shows how we can cultivate the ability to focus on what really matters.

4 Simple Exercises To Strengthen Your Attention and Reduce Distractibility

Why the Best Things in Life Are All Backwards