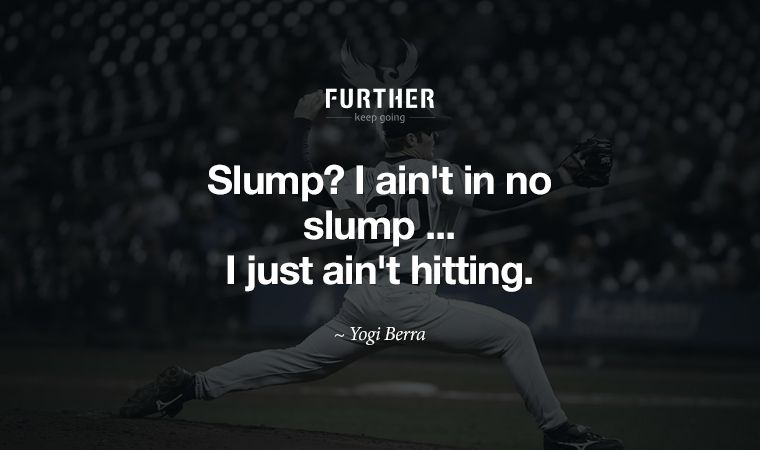 Last week we talked about why people our age may live quite a bit longer. If that didn't exactly get you fired up, you may be in the middle-age slump.

The worst part about it is you can't really figure out what's wrong. You might even be enjoying the greatest success of your life so far.

Just like Seinfeld was a show about nothing, your 40s can be a period of unhappiness about nothing. You'll likely feel better to learn that this is fairly common, and that things get better.

I explain in this Further feature article:

How to Deal with the Dissatisfaction of Midlife

An efficient (and effective) cardio workout

When I decided to start running a while back, I took the Couch to 5K approach.

Basically you spend about 20 minutes alternating between walking and short bouts of running. The idea is that you’ll increase the duration of the runs until you can go for about 30 minutes straight.

It quickly occurred to me that I don’t really want to run a 5K (which takes about 30 minutes), or increase the duration I can run. What I want to do was what I was already doing, except run much faster during the intervals that I was currently jogging.

Why would I want to do that?

HIIT me with your best shot

After years of media coverage, you’re likely familiar with HIIT, an acronym for high intensity interval training. It’s basically what I described above, except the running portion is much more, well, intense.

Plus, you burn fat faster, you strengthen your heart and cardiovascular system in a meaningful way, and you lower your blood pressure and blood sugar levels.

All in less time than traditional endurance training. You know, so you can get back to binge-watching Netflix.

Actually, you don’t have to run — any exercise will work. You can do HIIT while cycling, in spin class, on an elliptical machine or stair stepper, with pushups, pullups, or burpees, even weight lifting.

As for the time you need to spend, it varies by intensity. My friend Krista Stryker offers a ton of HIIT variations that all take 12 minutes. When you’re ready to get super advanced, Tabata training will get you super fit in the most efficient four minutes of your life.

But let’s not get ahead of ourselves. Start small and slow — even slower than you think you need to. Take it from me, you’ll be able to up your intensity almost sooner than you want to.

How to kick ass in your career

Seems everywhere you turn, you hear that you’ll have to be more entrepreneurial to even have a job in the near future. And if you want to get ahead right now, it’s the same story.

Which leads to some smart ass like me saying, well … if you’re going to act like an entrepreneur, why not just be one? I’ll lay off of that for a bit, because I’m pretty sure you’re aware of how I feel about it.

Over at Fast Company, we find the latest advice on how to be more entrepreneurial on the job, which is technically called intrapreneurship. Sharfi Farhana, director of talent at the conglomerate IAC, says she looks for entrepreneurial traits when she’s hunting to fill a big leadership role in one of IAC’s many portfolio companies.

One obvious trait would be the ability to tackle challenges on your own initiative, without direction or even permission. That’s what entrepreneurs do, and unless your corporate culture is mired in the proverbial Palaeolithic Period, those are the kind of people that thrive in an organization.

Another trait is referred to as unlearning, or not allowing the “way things are done” keep you from seeing a better path. Again, many an entrepreneur has had a light bulb moment from encountering a broken process from an outsider’s perspective.

Embrace the role of underdog

My favorite of the five traits Farhana shares is to always act like the underdog. This strikes a chord with me, because as a serial bootstrapping entrepreneur, I’m constantly stacking the odds against myself — and I love playing that role.

Having fewer resources and long odds motivates me to bring my best. More importantly, the constraints force me to find creative solutions that might be missed if I could simply throw money at the problem.

Train yourself to become more patient

Patience has never been one of my virtues. If you’re like me, trying to become more patient through sheer willpower is an exercise in futility.

Fortunately, it is possible to become more patient through other means. Just like with anything else, you need to replace the jaw-clenching response you have to certain situations with something more measured.

“You want to train, not try, for patience,” says Sarah A. Schnitker, an associate professor of psychology and neuroscience at Baylor University. “It’s important to do it habitually.”

Patience does a body good

Being impatient is an unpleasant experience. Plus, it makes you look like an ass (speaking as an impatient ass myself).

Getting better at patience has other benefits as well:

Patience, the ability to keep calm in the face of disappointment, distress or suffering, is worth cultivating. The virtue is associated with a variety of positive health outcomes, such as reducing depression and other negative emotions. Researchers have also concluded that patient people exhibit more prosocial behaviors like empathy, and were more likely to display generosity and compassion.

Basically, impatience is an activation of the “fight” component of the fight-or-flight response. As a result, we’re reacting to relatively mild situations as if we’re encountering a lion in the bush.

When we react with impatience, the amygdala — the almond-shaped set of nervous tissue in our brains that identifies threats — isn’t smart enough to know it’s just Bob, your annoying co-worker.

That means we need to use our rational brain to interrupt the irrational reaction. What’s really at stake here? Is this situation really worth getting upset over? Most often, it’s not.

One way to train for patience is to consciously work on it in annoying but low-impact situations. This will help you better reframe other scenarios when you’re seriously ticked off.

Also, one of the many benefits of mindfulness meditation is to create “space” between irritating stimulus and your response. Cultivating that space provides just enough room to let it go, Elsa.

How to Be a More Patient Person (New York Times) 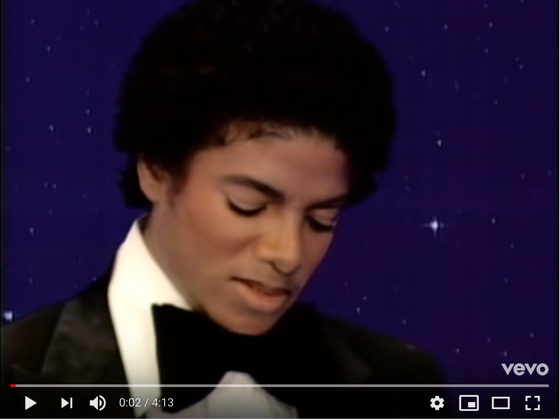 Michael Jackson – Don’t Stop ‘Til You Get Enough
Off the Wall, 1979

Michael Jackson changed the world of music forever with his 1982 album Thriller. And while I love just about every song from that classic, my favorite from MJ remains the first track on his previous effort, Off the Wall. (YouTube)