Here’s What Really Determines
How Healthy You Are 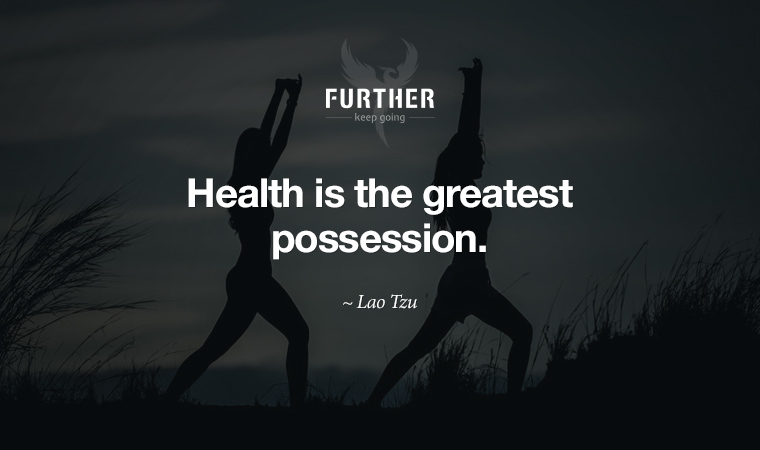 We’re obsessed with how much we weigh. Unfortunately, that has more to do with body image than health.

If you’re thinking about whether you’ll live a long life, you might think the less you weigh, the better. But we know that’s not true — people with a body mass index (BMI) that’s slightly higher than what’s deemed “healthy” actually live longer.

And yet, the focus is still on body weight and BMI when it comes to evaluating health and longevity. By these standards, Dwayne “The Rock” Johnson qualifies as obese. Right.

Here are a few things that are better indications of the length of your life:

Now, the fact that experts estimate that only 20-30% of Americans can do a single pushup is a little frightening. But you can work on that:

‘Most people could get to the point of doing 30 or 40 — unless they have a shoulder problem or are really obese,’ says Michael Joyner, a researcher at the Mayo Clinic whose work focuses on the limits of human performance.

So if you’re now thinking of doing daily pushups, good for you. Maybe you’ll work on your grip and start walking faster, too.

And there’s the thing that really determines how healthy you are. It’s your general level of conscientiousness.

This “conscientious” type of behavior, Joyner notes, “is about as predictive of mortality as fitness itself.” And unlike BMI, push-ups and the like tend to encourage people to be conscious of what the body can achieve, not body image itself. Conscientiousness, Joyner says, means seeing a connection between how you live and what happens later, and behaving accordingly.

So there you have it. The more pushups you do, the more conscientious you become, the longer you live. Something tells me Further readers have got this.

The Power of One Push-Up

The mainstreaming of meditation

Now days, smoking is way less prevalent, with people also realizing how bad alcohol is for you. Meanwhile, working out is so common that “athleisure” is the new business casual among both men and women — and packing condoms is simply the way it is.

So, is widespread meditation the next aspect of the constant evolution of public health? It certainly seems so.

Your mom is meditating

Of course, some people still drink and smoke with impunity. And not everyone works out, even though we all know we should.

So naturally, not everyone meditates. But it’s generally not viewed as something “weird” or counter-cultural as in the past.

Yes, it has been catching on over the last two decades, but still has a long way to go. Fortunately, although most schools do not teach children mindfulness meditation, many are starting to.

One telling sign is that it’s become an accepted practice among high-performing people such as athlete Steph Curry, comedian Jerry Seinfeld, and of course, Oprah. That means the trickle-down effect has a strong source current.

We exercise to protect our physical well-being and to age with grace. But we also know that physical fitness enhances and protects our brain health and cognitive skills.

From there we strive to keep learning. It’s takes a bit more work as we get older, but that efforts leads to mental wellness and also boosts cognition.

But even with all that, we can still mentally suffer — and alleviating that suffering has been the point of meditation for thousands of years. That makes it a crucial component of any comprehensive mental training regimen.

Many mental health issues can be traced back to regretting the past and dreading the future, when the only actual moment we ever have to feel joy and peace is now. Happiness lives in the present moment.

The overall goal is your personal well-being. And it starts right there inside that noggin of yours. Take care of it every way you can.

Mindfulness as the Next Public Health Revolution (Psychology Today)

Empathy is the antidote to anger

I don’t want to piss you off by telling you we have an anger issue. But it’s true — 84% of people surveyed in a recent poll by NPR said Americans are angrier today compared with a generation ago.

This is not to demonize anger. It has its upside — when used strategically, it can move you into action and spark creativity. Anger is an energy, after all.

And we do live in a complex world, which gets more chaotic all the time. We rely on mental shortcuts, called heuristics, to cope and make progress simultaneously. Unfortunately, the worst of those shortcuts are cognitive biases, which fuel not only anger, but also create a seemingly impossible divide.

It’s said that holding onto anger is like drinking poison and wishing it would kill the object of your ire. Luckily, there is an antidote to that toxicity.

It’s empathy. And it’s not the bitter pill you might think it is.

The case for kindness

Empathetic people get a bum rap. They’re seen as overly emotional, soft, and an easy target. All that good will toward others seems like a fast track to feeling used up and burnt out.

Research, however, proves the opposite. Empathy is not a soft skill that only few possess, but something we’re all wired for. Mutual aid is a critical component of survival, as long as it’s not so extreme that it causes your own distress.

What you learned at summer camp was right: a little kumbaya goes a long way, both personally and professionally. It fosters a spirit of cooperation, collaboration and creativity, which leads to more influence, impact and growth.

Seeing the good in empathy pays off; learning how to cultivate it is the path.

Empathy for the devil

Connecting through caring isn’t as hard as it may seem. Jamil Zaki, author of The War for Kindness: Building Empathy in a Fractured World, relates that feeling for someone (or empathic concern), is different from emotional empathy, where you feel as someone else does.

This allows you to develop compassion for someone diametrically opposed to your belief system, or care for someone else without totally falling apart yourself.

Empathy may be in inherent in all of us, but you’ve got to use it or lose it, as Zaki points out:

Through the right practices, such as compassion meditation, diverse friendships and even fiction reading, we can grow our empathy on purpose. Empathy is something like a muscle: left unused, it atrophies, put to work, it grows.

In other words, it’s better to put yourself in the place of others, then to put others in their place. See what I did there? 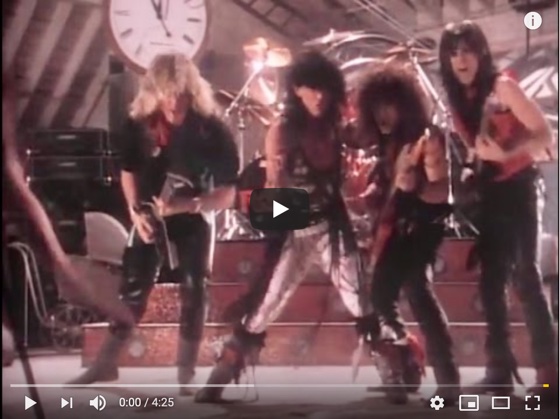 Out of the Cellar was the debut studio album by the American heavy metal band Ratt. Released in 1984, it was an immediate success, with wide airplay on radio and heavy rotation on MTV of its singles, especially the decade-defining Round and Round. (YouTube)