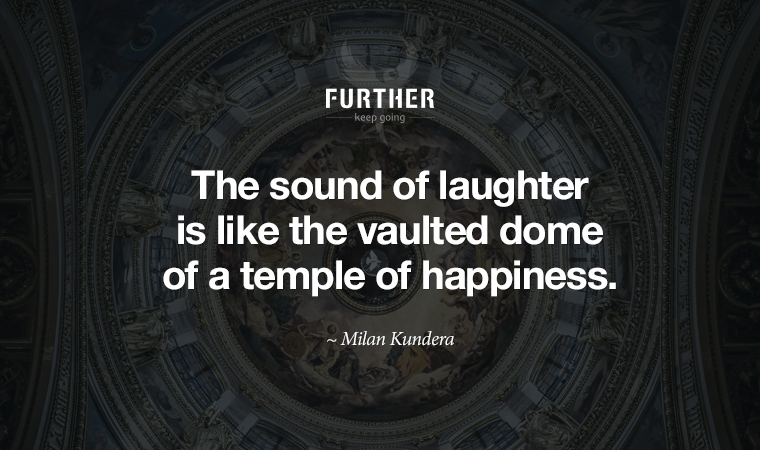 Is laughter really the best medicine?

In many ways, yes … and it has a whole bunch of other benefits. Those benefits go beyond just the laughter itself (which is kinda worth it on its own, you know?).

In this week's Further, Trudi takes you on a science-backed tour of why you should aim to laugh more often.

Just before that, I talk a bit about augmented reality. It's going to be a big deal soon, and you'll want to think about in terms of investing and innovative business uses.

But first, what else is interesting from around the web? Quite a bit, it seems.

We know that our chronological age is not necessarily the same as our biological age — our bodies can be effectively younger or older. And now we're starting to get a feel for how to lower it.

First Hint That Body’s ‘Biological Age’ Can Be Reversed

Are men and women's brains really different? Does birth order determine personality? Is sex addiction a real thing? Find our more about these popular misconceptions about the mind, along with many more.

10 Myths About The Mind

Studies on caloric restriction show remarkable longevity extension, and it's because interesting thing happen at the cellular level when you fast. But have you ever tried to go five days with only water? The Prolon solution doesn't seem all that easy, either.

We've talked before about the Japanese practice of Shinrin-Yoku, which translates to “forest bathing.” And it's become a big deal in my home state of Colorado. But don't be fooled by the headline below … I'm quite sure some of those forest bathers are also high.

Jet lag is a circadian rhythm disorder, a temporary disruption of the 24-hour rhythms in your brain and body. Without specific interventions, your body clock will shift an hour or less per day, meaning the first six days of a trip from New York to Paris will be unpleasant.

One day in the not-so-distant future, we’ll laugh that we used to stare at a shiny rectangle as a way to interface with data. You know, to get the important information — like browsing Cats of Instagram.

It’s easy to see that we need a better interface, and it will be augmented reality that ushers in the much-needed change. AR superimposes digital data onto the world you see, allowing you to remain engaged with your physical surroundings while you view GPS directions, for example.

“I regard [AR] as a big idea like the smartphone,” says Apple’s Tim Cook. “The smartphone is for everyone. I think AR is that big, it’s huge.”

Ah, sweet irony. It’s going to take something as big as the smartphone to kill the iPhone. And it can’t happen too soon as far as I’m concerned.

Here’s looking at you, kid

AR eyeglasses (and eventually contact lenses) will become the window into a better way to check your email (without bumping into people on the sidewalk). Think of something like Snap’s new Spectacles 3 camera glasses, but in about eight to ten years.

That’s when we’ll see a shift that makes the 2007 smartphone revolution look quaint in comparison:

Augmented reality is about to add a digital intelligence layer to our every surrounding, transforming retail, manufacturing, education, tourism, real estate, and almost every major industry that holds up our economy today.

Tim Cook is right, AR is going to be huge. And beyond your personal use of the technology, it’s worthwhile to invest in companies that are pushing AR forward, and perhaps think about entrepreneurial ventures that use augmented reality to create new business models.

Finding the next Apple

If you owned a bunch of Apple stock pre-iPhone and held on, you might be reading this from your private island right now. And it may well be that the next Apple is Apple, given that the CEO is clearly looking past the interface metaphor of the phone.

Personally, I’m focusing on ways the technology can provide meaningful experiences for customers of my companies. The ability to do that from anywhere in the world is an amazing advancement for entrepreneurs.

Beyond the opportunities, it’ll be nice to not constantly reach for your rectangle. And forget looking like a moron staggering blindly down the street staring at a “phone” that you refuse to answer calls on.

We’ll have all new issues of course. Such as, “Is she looking at me and smiling, or is she browsing Cats of Instagram?”

Turns out laughter really is the best medicine

So much for goat yoga.

Seriously though, my cousin’s new vocation makes sense. I know I use humor to break the ice, bond with friends, and even win business. She’s coming at it from the health perspective, where science shows laughter has a ton of benefits for better physical and emotional functioning.

For our Xtra-stressed generation who can’t get no respect at work and are squeezed from all sides at home, it may just be the answer to not just a happier existence, but a healthier one, too.

The idea of laughter curing what ails you isn’t new. Back in the 14th century, a surgeon named Henri de Mondeville reported that listening to jokes and silly stories appeared to help his patients recover. Plus, historical thought leaders on mind-body health, including philosopher Immanuel Kant, neurologist Sigmund Freud, and psychiatrist Wiliam Battie, all identified a good guffaw as an essential tool to combat illness.

While it’s still unclear exactly why or how laughter might be associated with health benefits, experts speculate that it works in part by relaxing muscles, enhancing circulation, and releasing endorphins in the brain.

The key issue with the research is the same as it is with the realities of comedy: the kind of laughter varies widely, from authentic and involuntary to social and forced, and is hard to define.

Get in on the joke

Tickling your funny bone to an extent where it can positively impact your well-being is directly related to context. In fact, you’re 30 times more likely to laugh if you're with somebody else than if you're alone.

Live, love, laugh is clearly much more than your mom’s cheesy fridge magnet slogan. It’s a prescription for better health:

Humor can create an environment that results in human connection, and connection results in a sense of psychological safety. When one is in that mode, your physiology works at its best.

So go ahead and make like an upside-down flying duck, because quacking up is good for you. Lighten up, Francis — dad jokes never hurt anyone, especially coming from a mom. 😉

Giggling is the Best Medicine (Medium) 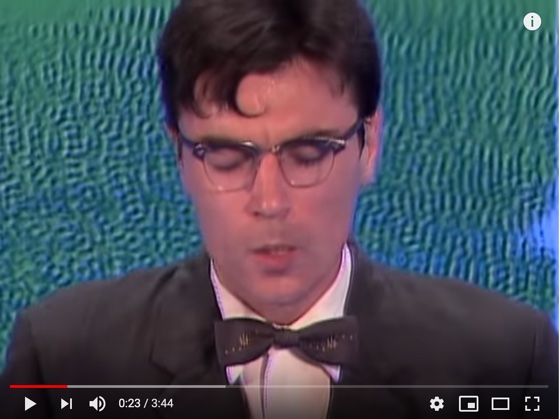 Talking Heads – Once in a Lifetime
Stop Making Sense, 1984

On this day in 1984, The Talking Heads released the album Stop Making Sense, featuring the iconic single Once in a Lifetime. “There is water at the bottom of the ocean.” Yes, Mr. Byrne … same as it ever was. (YouTube)

Props to DJ Jazzy Jessica (aka Jessica Frick) for the suggestion. Want your selection featured in the Flashback?

Hit reply to this email and let me know what you'd like to see. You'll get a shout out when your pick makes the cut. And my likely response when I see my inbox tomorrow?