You May Be Younger Than You Think 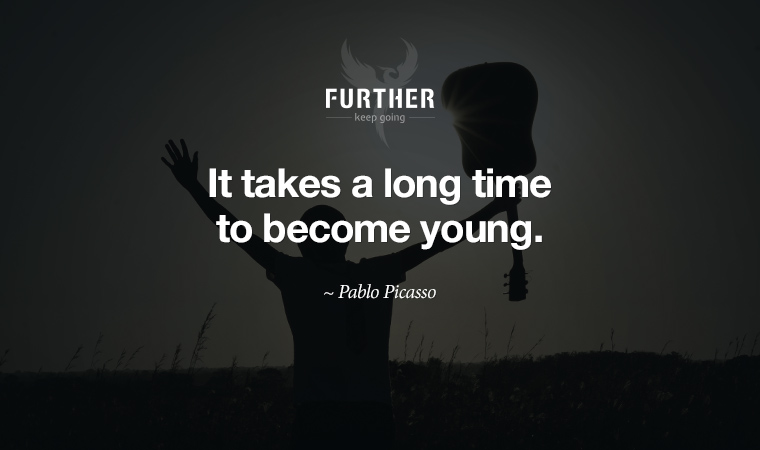 When we were younger, we thought there would be a point when we’d feel like a grown-up — maybe 30 (ha!) and certainly by 40. And following that line of thinking, we’d reach a point where we started to feel old, like 50.

From a mindset standpoint, this is fairly common — most people don’t psychologically “feel” their age. Turns out your chronological age may also be less relevant that you think from a biological standpoint as well.

“We all age biologically at different rates according to our genes, what we eat, how much we exercise and what environmental toxins we are exposed to. Biological age is what determines our health and ultimately our lifespan. Biological age is number of candles we really should be blowing out. In the future, with advances in our ability to control biological age, we may have even fewer candles on our cake than the previous one.”

As you might have guessed, people with a lower biological age tend to live longer. Plus, they’re not at the same risk for developing cardiovascular disease or cancer compared with others who may be the same chronological age.

Can you alter your biological age?

Good news, your biological age is not set in stone like your chronological age:

But perhaps what’s most important here — unlike results from genetic testing — is that these are measures that can be changed. Doctors can take this information and empower patients to make changes to lifestyle, diet, exercise and sleep habits, and hopefully take steps to lower the risk and improve their biological age.

So, head to your doctor for some basic blood work that can be used to evaluate your current biological age. From there you can definitely find the motivation to adopt healthy aging practices, and be as young as you feel.

You have two ages, chronological and biological. Here’s why it matters (CNN)

P.S. Not on board with Further yet? We’d love to have you join us by signing up here.

The latest fitness trend is a bit of a stretch

I hate to stretch, mainly because my legs are super inflexible. Of course, my flexibility would improve if only I’d stretch.

You see my dilemma.

As usual, I’m not alone. Even among active, fitness-oriented people, stretching is the thing we often bail on, whether winding down a SoulCycle class or before a morning run.

Isn’t this something we can outsource? Turns out, now you can.

The benefits of stretching

It’s too bad that stretching seems so unappealing to so many, as it improves blood circulation, mobility, flexibility, and even helps you sleep better. And if you work out regularly, you need it.

Repetitive motions can damage your body in ways that stretching helps you recover from. Put in about 20 minutes of stretching a week, and you can counteract that damage and avoid injuries.

And it turns out that it’s not that we don’t like being stretched. We just don’t like doing the stretching.

“Being stretched out by someone else is an experience that people relish, whereas stretching yourself out is something people tend to avoid,” says Amanda Freeman, founder of the popular boutique fitness chain SLT.

Your dollar stretches you

Enter the boutique stretching concept. From the mobile-stretching startup Racked, to New York’s Stretch*d studio, to the three-year-old StretchLab, getting your stretch on might just become part of your fitness budget.

Basically, instructors hold you down and use a strap to lengthen limbs for more effective stretches. It’s somewhere between a workout and a massage, so it’s no surprise that Massage Envy — with its 1,000-plus locations — has gotten in on the action.

Stretching services are all about recovery, for both mind and body, thanks to the hectic pace of modern life. Investors seem bullish on the concept, but as you might guess, most people don’t “get” it until they try it.

Do well by doing good as a social entrepreneur

Startups with a social mission are becoming more common these days, and all indications are that the trend will continue.

The last decade has seen an increase in companies that place a social cause at the center of their identity, with some evolving into mainstream businesses such as Warby Parker and Toms.

Many entrepreneurs feel the cause has become a critical ingredient:

“Nowadays, people expect it,” said Kevin Tighe II, founder and chief executive of Coastal Co., which sells surf apparel and donates a portion of sales to clean up beaches. “If you’re not participating in a way to give back, it’s almost frowned upon.”

Not your father’s philanthropy

Charitable giving has long been an aspect of corporate public relations, often dictated from the C-level down. But there was always a strong separation from the products and services sold.

The current trend is a much more integrated and authentic approach. In fact, if prospects sense that you’re only “doing good” as a marketing tactic, it can backfire.

Bake in a cause that you truly believe in and be as transparent as possible, though, and you can really connect with your people. The starting point is figuring out how you can truly be of service, both with what you sell and your cause.

Starting a business remains the dream of many — two-thirds (66%) of U.S. citizens hope to open a small business according to the Inside Small Business Survey.

Combine that with the sense of purpose that we seek at midlife, and social entrepreneurism may be just the ticket. You can truly do well in the broadest sense by doing good.

I’ve always thought that if I turned Further into a business, it would have a charitable component. I’m thinking about that a lot more these days.

Why you should nurture your future self

In the practice of mindfulness, the idea is to be present; live in the now. As John Lennon said, “Life is what happens to you while you’re busy making other plans.”

What’s meant by that is to be fully aware of the moment. Whether you’re having a bad day or a good one, your very existence as a sentient being is a miracle — if you just stop to notice.

What it doesn’t mean is binge-watching Netflix instead of going to work, scarfing junk food instead of taking care of your body, or blowing every dime you make without regard for your financial future.

Be here now (and later)

We’re told that our suffering comes from being distracted from the here and now by thoughts of the past and the future. And that’s true.

But it’s also true that our brains are wired to value instant gratification over the welfare of our future selves. In fact, neurological scans reveal that we think of our future self as if it’s an entirely separate person:

So, when you save for retirement, for example, it’s like you’re giving your money to someone else. Not good, but how do you make the present version of yourself look out for future you?

Back to the future (self)

The obvious start is to convince your present self that future you is, well, you. Because that’s not only true, but you’re also likely to end up with feelings of shame, guilt, and worry as a result of not doing now what you should.

Combine that with focusing on the small wins in the process rather than achieving the goal. When you’re thinking in terms of long-term results, it can be really difficult to maintain discipline on behalf of your future self.

So, write 500 words of your novel to feel good about getting it off today’s to-do list. Focus on the great taste of healthy food rather than the long-term health benefits. Find a sport or activity you love instead of slogging it at the gym to lose that weight.

That’s how you get the present you and your future self on the same page. A classic win-win. 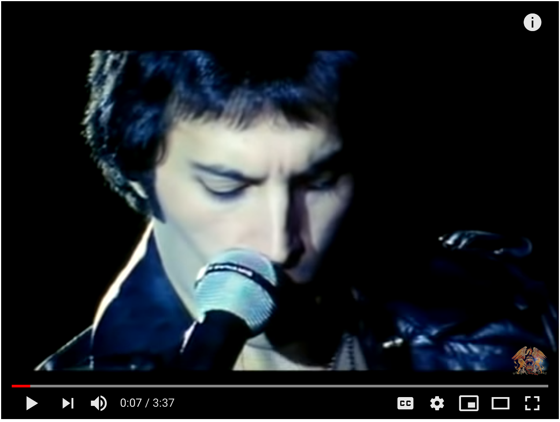 I finally saw the Queen biopic Bohemian Rhapsody last weekend — so great for Queen fans new and old. This song plays over the end credits, and it’s been stuck in my head since. Freddie Mercury truly was Mr. Fahrenheit. (YouTube)