How Telling Yourself Better Stories Leads to Happiness 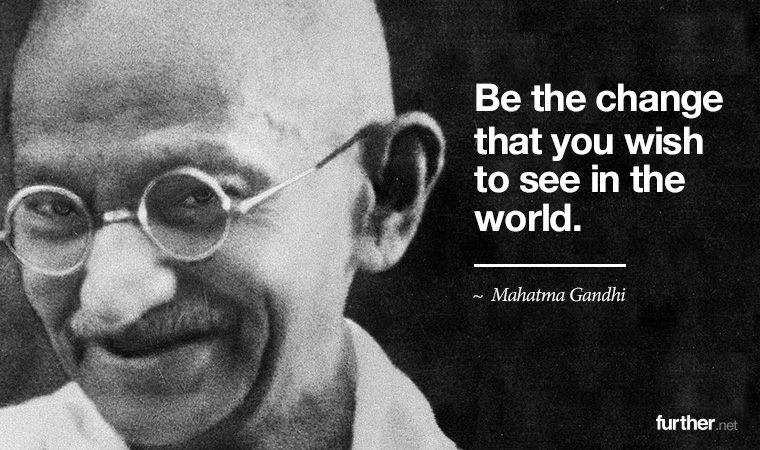 In a recent study, 30 women underwent facial plastic surgery. Then, before-and-after photos of these women were served up in an online survey and evaluated by volunteers.

The women were rated much higher for social skills and likability after surgery. Keep in mind, nothing about the personalities of the women had changed; in fact, the volunteers had no real idea what the woman were like at all, other than the way they looked.

The survey participants were doing something we all do — making up stories about people based on very limited data. In this case we’re dealing with a judgmental heuristic, or mental shortcut, that attributes non-physical positive traits to physically attractive people. These “insta-stories” we tell ourselves about others reveals a lot about ourselves, and affects our general happiness and well-being.

Let’s try an example. You’re driving to lunch, and you notice a BMW coming up fast from behind. After several long seconds of dangerous tailgating, the sports sedan whips around you and speeds off, giving you just a glimpse of a stern man in a suit behind the wheel.

What story comes to mind? This is an arrogant, selfish jerk. He probably treats everyone he encounters with contempt, and might even kick puppies when no one’s looking.

Of course, that’s a complete fiction. In reality, you know nothing about this guy. He might just be having a bad day. Or worse, he’s racing to his son’s school because there was an accident on the playground. That wouldn’t excuse the dangerous driving, but it certainly changes your perception of him, right?

The research into how we make attributions about others reveals that we are more likely to come to broad-brush conclusions about the personality traits of others, based on very limited observations. But for our own actions, we explain things in terms of the situation more than some endearing aspect of our natures. And of course, people are doing the exact same thing to you and themselves.

We’ve already learned that the bundle of personal constructs that make up your sense of “self” is really a story, and the more variations of that story, the greater your overall well-being. Likewise, the greater number of lenses or frames though which you view others, the more adaptive and happy you’ll be.

On the other hand, the more limited your set of frames, the more you’ll see people in the worst possible light based on situational behavior. After all, what is racism other than a narrative one applies to people related to the most superficial of attributes, namely skin color.

The study of these stories we tell ourselves about others dates back to the work of George Kelly and his book The Psychology of Personal Constructs, as referenced by the work of Dr. Brian Little. Kelly proposed that “each person is like a scientist, actively testing, confirming, and revising hypotheses about people, objects, and events in their lives.” And any hypothesis, until proven true, is a work of fiction that is within your control to revise.

Since you’re creating a story to begin with, what happens if you choose to tell yourself better, more empathetic stories about people? Stories that presume offending behavior as situational instead of as a core personality trait? At that point, you’re developing a compassionate view of your fellow man, and that leads to astoundingly good things for you.

Some of the scientifically-proven benefits of compassion include overall greater happiness. For example, studies show that giving away money makes you feel as good as if you received money, and better than buying something for yourself.

Other benefits include a more meaningful life, increased health and longevity, greater attractiveness to others, and less depression and anxiety. Most telling of all, research shows we’re hardwired from birth to be compassionate — until life compels us to disregard it, to the ironic detriment of our own happiness.

The process is simple, if not easy. Just be mindfully self-aware when the storytelling kicks in. Catch yourself, take a breath, and tell a better, more compassionate tale about the person instead. Sure, sometimes it turns out that some people are selfish jerks who kick puppies, but then you’ve simply verified that you don’t need this person in your already happier life.

As far as anyone can tell, Gandhi never said “Be the change that you wish to see in the world.” He did say this, though:

“If we could change ourselves, the tendencies in the world would also change. As a man changes his own nature, so does the attitude of the world change towards him. We need not wait to see what others do.”

But that doesn’t fit on a bumper sticker … so there you have it.

I have to admit that I’m not eating any of these foods, but apparently I should be. “Should” is a difficult word for me. 7 Foods You Should Be Eating – But Probably Aren’t.

Last week we talked about a 2,500-year-old exercise routine that you can knock out in 5-10 minutes. This one is a tad longer, and outrageously harder (but the results are amazing). The 15-Minute At-Home Tabata Workout.

If Tabata is too hardcore for you, slow it down and walk for your life: Study Shows Walking an Hour a Day Achieves Greatest Longevity Benefit.

This is a decent list of questions related to the current state of your career. My favorite is the first — What Did I Learn From Yesterday? 5 Questions To Ask Yourself Every Morning To Advance Your Career.

The Remedy for Unproductive Busyness. It’s common sense that “busy” does not equate to productive. So why do so many people stay busy all day without really moving closer to their larger goals?

You’ve likely heard several times by now that sitting all day long is horrible for you, and that a standing desk of some variety is a great way to combat the scourge of sitting. Now there’s evidence that standing to work is good for your brain, which is good for your work, which should be good for your wealth. Tested: Whether People Think Better on Their Feet or Seated.

In line with today’s Feature, this article talks about the folly of trying to change others compared with simply changing yourself. You’ll even spot some of the core advice related to empathy, compassion, and focusing on positive traits instead of the negative. 9 Ways To Stop Trying to Change Other People.

How To Get Organized: 2 Solutions From Philosophy And Kindergarten. Good stuff for leading a wiser, more organized life.

Can taking an online course about the science of happiness actually make you happier? Apparently, learning about what leads to happiness in itself makes people happy. I hope you feel the same way after reading this issue of Further.

Now that you’re in a good mood, would you mind forwarding this email to a friend? Or, use these handy social sharing links:

That’s all for now. Dive into the archives here.