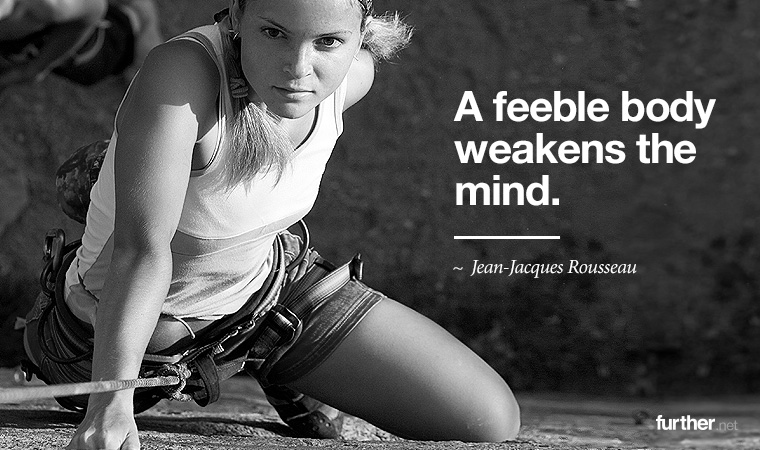 I know … that headline sounds like one of those bad sponsored ads on Yahoo, next to the “one weird fact about acai berries” article. But trust me, this is a real thing, and no one is selling you anything.

The story goes back 2,500 years ago, but let’s fast-forward to 1930’s California. That’s when a man named Peter Kelder met a retired British army colonel, who in turn introduced Kelder to a form of Tibetan yoga that came with some amazing claims.

The colonel told a tale of when he was stationed in India, where he heard other tales about a group of lamas who had discovered the secret to health, strength, vigor, and vitality — even as old men. After retirement, the colonel went to live with the lamas, and they taught him five exercises, which they called “rites”.

Here’s where things get a bit woo woo. The colonel claimed to have gone from an old man with a cane back to the prime of his life, and his hair grew back without a trace of gray. Claims by others include improved eyesight, memory, potency, and anti-aging effects.

Now, let’s not get carried away. But as a version of Tibetan yoga, the “Five Rites” differs from traditional Indian yoga (which research shows has myriad health benefits) in that they emphasize a continuous sequence of movement (which research also shows is highly beneficial).

In other words, the exercises are definitely good for you, and some people absolutely swear by them — especially given the low daily time commitment. Here’s a recent statement by science-fiction writer Hugh Howey. He’s not a fitness guru, just a practitioner of the Five Rites (with apparently nothing to gain by making these assertions):

“What is beyond doubt is their efficacy. If you do these every day, you will see results in a week. You will see profound differences in a month. Practitioners claim that these exercises will keep you young, and I’m a believer.”

Well then, let’s take a look at these five exercises:

1. The first exercise is to spin in place with your arms outstretched, horizontal with your shoulders. Purists say to always spin from left to right (clockwise), while others alternate directions each day.

2. The second exercise involves laying on your back, and lifting your legs (without bending your knees) while concurrently lifting your head.

3. While the second rite strengthens the abs, the third exercise works the opposite side — your back. Kneel with your arms at your side, and lean forward, chin to chest. Then lean back as far as possible. Come back to center, and repeat.

4. Exercise four starts sitting, with your legs perfectly straight in front, hands flat beside you. Now use your arms to push yourself into a table top position — arms vertical while the body from shoulders to knees is horizontal. Return to start and repeat.

5. The final exercise starts off in push-up position. Then, push the body (and especially the hips) forward and up as far as possible, rising on the toes and hands. Next, come slowly down to a sagging position while bringing your head up, pulling it as far back as possible.

So, how many repetitions each? The common answer seems to be 21 of each rite, and increase from there if you want. And at 21 reps each, you can complete all five exercises in as little as five minutes. Here’s a video that shows a man and woman completing all five sets of 21 in just five minutes.

Long story short, the key is to turn the five rites into a daily routine. So start slowly, but show up every day to create the habit. You may find that going (really) old school is the thing that works for you.

I started doing the Five Rites in the morning a few days ago, and I have to admit … I feel great afterwards. I’ll try to make it 30 days and report back. My business partner Tony Clark was skeptical when he started them, but now he can’t imagine not doing them.

Okay, you’ve got the workout, and now you just need the motivation. There’s an app for that: 25 Instagram Accounts That Will Actually Inspire You to Work Out.

When you’re done, it’s time to eat. But let’s make sure we don’t erase the gains in the process, right? 7 Healthy Post-Workout Meal Ideas To Boost Recovery.

Later on, it’s time to chill with some mushrooms. Relax, I’m talking shitake here. The Power Of Shiitake Mushrooms: Could They Boost Immunity? Although, some scientists are now calling psychedelics not only beneficial, but a basic human right. Your call.

My guess is you just went through the same mad scramble on April 15th the rest of us did. Never again, right? Um, right. Taxes Done? 5 Ways to Prep for Next Year.

I usually stay away from articles with titles like this, because you’re not going to learn “how to build wealth” from an article. But this has some good insights on mindset and strategy: How to Build Wealth: 7 Key Lessons on Wealth Creation.

“Some statistics say that as soon as 2020, 50 percent of the workforce will be contract employees or self-employed.” The Portfolio Life: A Surprising Route to Job Security. And if you think that’s risky, you may end up with a bigger risk — Not Taking Risks Is the Riskiest Career Move of All.

Boredom and distraction lead to creativity, and procrastination leads to better decisions. Sounds like my life. Why You Need Boredom, Distraction, and Procrastination in Your Life. And for more counter-intuitive advice, try Quitting as a Productivity Tactic.

It’s interesting how often a fixed mindset reveals itself as the source of major problems for people, and those who have to deal with them. It’s also no surprise that Carol Dweck, world-renowned Stanford University psychologist and author of Mindset: The New Psychology of Success, continues to uncover ways in which a fixed mindset stifles the growth potential of those who are afflicted with it. Why Some People Own Mistakes and Others Don’t.

The weather is still sketchy in Colorado, but I’m back to hiking anyway. Don’t think I don’t love seeing social sharing of Further when I check my phone (like a silly person) while heading up Mt. Sanitas. 😉