How to Become an Expert in Any Topic 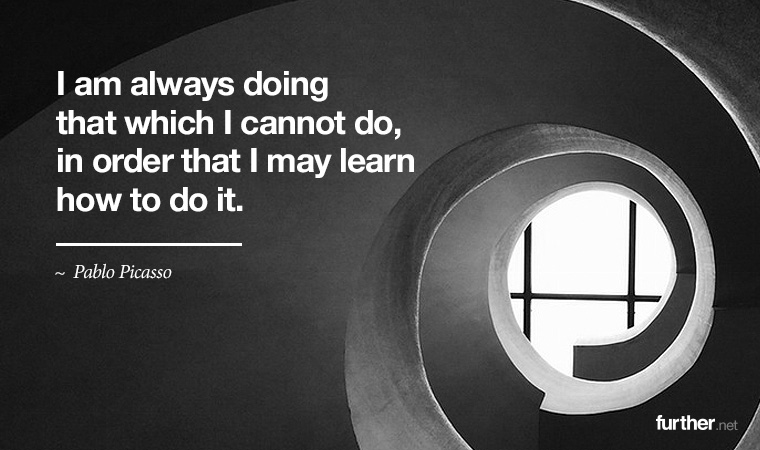 I’ve often said that all it takes to become an expert relative to the general population is to read two books on a topic. And that’s technically true, assuming you retain and internalize the information contained in the books and build from there.

How do you make that happen? Is it enough to read the books repeatedly until you know the material cold? Studies show that’s not only time consuming, it also doesn’t result in durable retention of the information. Even worse, you’re left with the illusion that you have mastery of the topic when you really don’t.

What really cements your mastery of a topic is the act of retrieval. Here’s an explanation of that from the book Make It Stick by Peter Brown:

“The act of retrieving learning from memory has two profound benefits. One, it tells you what you know and don’t know, and therefore where to focus further study to improve the areas where you’re weak. Two, recalling what you have learned causes your brain to reconsolidate the memory, which strengthens its connections to what you already know and makes it easier for you to recall in the future.”

So, for example, we generally think of quizzes and tests as an evaluation of how much retention has already occurred. In reality, a single quiz after reading a book or hearing a lecture results in greater retention than re-reading the book or reviewing notes from the lecture. Being tested on a topic helps you learn the topic better.

Beyond testing, there’s an even more powerful retrieval process, which is known as elaboration. Elaboration is the process of giving new material meaning by expressing it in your own words and connecting it with what you already know. If you’d like an example of that, you’re reading one right now.

I’ve been quite careful to make clear that I don’t consider myself some personal development guru. I call myself a “tour guide” because I’m really just taking you along on my own educational journey. By explaining to you the things I’ve recently learned, however, something important is happening.

Just by writing this newsletter for the past 3+ months, my understanding of certain topics is much deeper than if I had only read books alone. The process of explaining to you means I’m beginning to know this stuff at a higher level. In other words, the dots are connecting in new and original ways that transcend the source material.

Over the last 16 years or so, I’ve done this over and over. With law, real estate, copywriting, and marketing, I’ve taught people what I know while I continue to learn. In the process, the sophistication of my understanding strengthens, which helps me then explain more complex nuances. And along the way, I built businesses around each of those topics because people gained value from what I freely shared, and then eventually bought something related.

Some people might consider this a “fake it ’til you make it” approach. I disagree. You’re not claiming to be an expert — you’re sharing what you know with people and in their eyes you are an expert, and you’re actually becoming more of one. It’s the demonstration of sharing what you know that builds up your authority in a particular topic, both in perception and reality.

Think about authors like Malcolm Gladwell or Dan Pink. They essentially digest a ton of complicated material produced by others, and then explain it clearly to laypeople. Beyond book sales, they then get paid up to $100,000 to give 45-minute speeches based on the material they mastered during the process.

Are they now experts on a topic that allows them to be highly compensated? Indeed. But they weren’t before they took on the task of explaining the research and stories of one type of person for consumption by other types of people.

It’s simple, really. If you want to learn in a way that leads to mastery of a topic, teach it. There are some surprising benefits that come along beyond the knowledge itself.

Of course, you could just privately “explain” what you’ve learned without sharing it with anyone, and that’s a good way to start. But the “positive pressure” of having an audience ups your game in terms of both learning and explaining. Plus, the benefits of building an audience are pretty amazing. Put it out there!

Usually we cover things like fitness and nutrition in this section, but here are three interesting issues that affect your health in other ways:

Don’t forget to eat your veggies and get moving. You don’t need to read anything to do that.

On the week of what would have been the 60th birthday of Steve Jobs, we discussed what he meant when he said “The only way to do great work is to love what you do” and how it was misunderstood. Here’s an elaboration — What Steve Jobs Meant When He Said “Follow Your Heart”.

Today’s lead quote from Pablo Picasso stresses that learning is about doing things you can’t do yet. Same goes for creativity (note the first point about constraints): Picasso’s Pointers: 5 Lessons for Being More Creative

The CEO of a startup is the hardest job you can have. Having these three things makes the job much easier: The Three Things You Should Want As A CEO. And whether you lead your own organization or a team within someone else’s, this is a critical thing to understand — Good Leaders Aren’t Afraid to Be Nice.

Self-Control: The Ultimate Exercise of Freedom. “If we think thumbing our noses at self-discipline makes us happier in the long-term – OR short-term – we’re wrong. The higher study subjects rated their self-control, the more satisfied they were with their lives.”

We know that forgiveness is much healthier for us then hatred and thoughts of retribution, so why is it so hard? Why Evolution Made Forgiveness Difficult.

That’s all for this week. Thank you as always for spreading the word about Further!

Dig into the archives here.