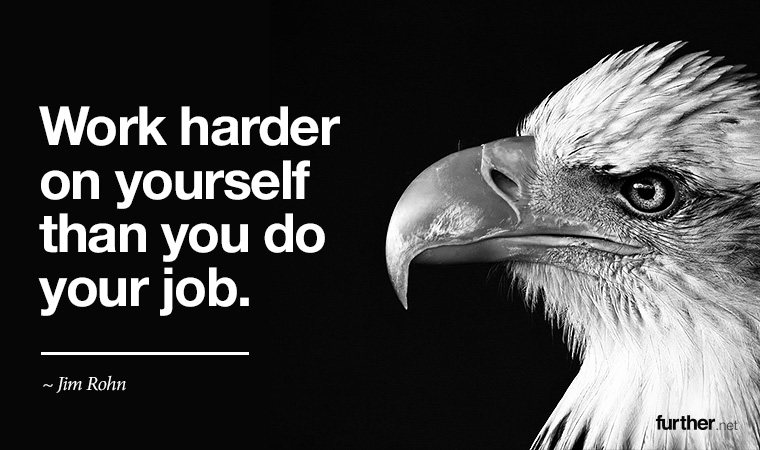 Life-long learning is a fact of modern life, and especially for those looking to go further. Whether it’s martial arts, a second language, or a new career skill, you’ve got to constantly and effectively acquire new knowledge and skills.

Some of the things we believe when it comes to learning are incorrect. Meanwhile, some counterintuitive approaches actually work better. Who knew?

Here are five tips I picked up from reading How We Learn: The Surprising Truth About When, Where, and Why It Happens by Benedict Carey. Afterwards, I’ll give you some further reading that will help you take learning to the next level.

Focused practice and repetition lead to tangible improvement, up to a point. Research shows that varied practice achieves greater overall skill in the long term.

“Repetition creates a powerful illusion. Skills improve quickly and then plateau. By contrast, varied practice produces a slower apparent rate of improvement in each single practice session but a greater accumulation of skill and learning over time. In the long term, repeated practice on one skill slows us down.”

For example, rather than repetitiously practicing one form in the martial art of Tai Chi, it’s actually better to practice all the forms per session. Your improvement in any one form will be slower, but your overall mastery will elevate to a greater degree over time.

For large projects, you’ve heard the most important thing is to just start. This is true in more ways than one. When you start a complicated project that requires you to learn and process at a high level, you need time to walk away.

“Deliberate interruption is not the same as quitting. On the contrary, stopping work
… activates the project in your mind, and you’ll begin to see and hear all sorts of things in your daily life that are relevant. You’ll also be more tuned into what you think about those random, incoming clues.”

Amazingly, taking breaks is the best way learning scientists have found that people solve problems. So don’t feel guilty (as long as you get back to work after the break).

3. Split Up Your Practice or Study Time

Let’s say you’ve committed to three hours of study time a week to learn Spanish. It’s better to study one hour over three days then one three-hour marathon. Splitting up the sessions “forces you to reengage the material, dig up what you already know, and re-store it–an active mental step that reliably improves memory.”

Traditional wisdom says you should have a dedicated study or practice area. Turns out that’s not quite right.

“Most people do better over time by varying their study or practice locations. The more environments in which you rehearse, the sharper and more lasting the memory of that material becomes–and less strongly linked to one comfort zone.”

The trick to it is that the knowledge you’re acquiring becomes independent of your surroundings, which means you own it. The last thing you want is some form of location-based, state-dependent memory.

5. Embrace Learning (Even When You’re Slacking Off)

This one boils down to appreciating learning as something that is happening even when you’re not actively studying or practicing. In the words of Carey, it’s a “restless, piecemeal, subconscious, and somewhat sneaky process that occurs all the time–not just when you’re sitting at a desk, face pressed into a book.”

Sounds like a form of mindfulness. You’re actively aware and learning from your surroundings, even as your subconscious mind works out problems you haven’t solved yet.

I enjoyed How We Learn mainly because it validated the way I learn and work, which I've always considered effective, but fairly crazy. So here’s to the crazy ones.

My absolute favorite book on the topic is The Art of Learning. Author Josh Waitzkin became a champion chess player as a child (he’s the subject of the book and film Searching for Bobby Fischer). Then, he quits chess … and becomes World Champion at competitive Tai Chi. Highly recommended.

We've been talking a lot about personality traits lately. Some are core to us, and some are up to us. A constant struggle with your weight may be an aspect of your core personality traits, which means knowing yourself better may be the prescription to health: Your Personality Could Be Making You Fat.

If not your personality, it could be your spouse that's holding you back: “Spouses influence each other’s exercise habits, for better and worse, more than is often recognized, according to an interesting new study of the workout habits of middle-aged couples.” How to Get Your Spouse to Exercise.

Sugar is now public enemy number one when it comes to health, and something tells me the FDA is not going to back peddle on this one like they did cholesterol. So now your job is to play sweetener detective, finding all the sneaky names for sugar that you'll find on food labels.

In line with what we learned about taking breaks in the Feature, here is a truly epic article on the topic – The Science of Taking Breaks at Work: How to Be More Productive By Changing the Way You Think About Downtime.

Even investors are practicing mindfulness to keep their emotions in check when trading. If that's too much for you, maybe get your financial advice in 140 characters or less: 20 financial advisers to follow on Twitter.

As someone who gets caught up on email nights and weekends, I'm completely guilty of this, and it never occurred to me if would have this effect: Your Late-Night Emails Are Hurting Your Team.

Research shows the changes in brain activity between those in, and out, of love. I can't wait to see the practical application of this: “Well, you say you love me, but let's see what Mr. MRI machine says.”

What if there were a pill that made you more compassionate and more likely to give spare change to someone less fortunate? UC Berkeley scientists have taken a big step in that direction. And no, it's not MDMA.

“I know of no more encouraging fact than the unquestionable ability of man to elevate his life by conscious endeavor.” Excellent piece here from Brian Pickings: Thoreau on What It Really Means to Be Awake.

Share this week's issue of Further? Why thank you, of course you can:

That's all for now. Further exploration in the Archives here.