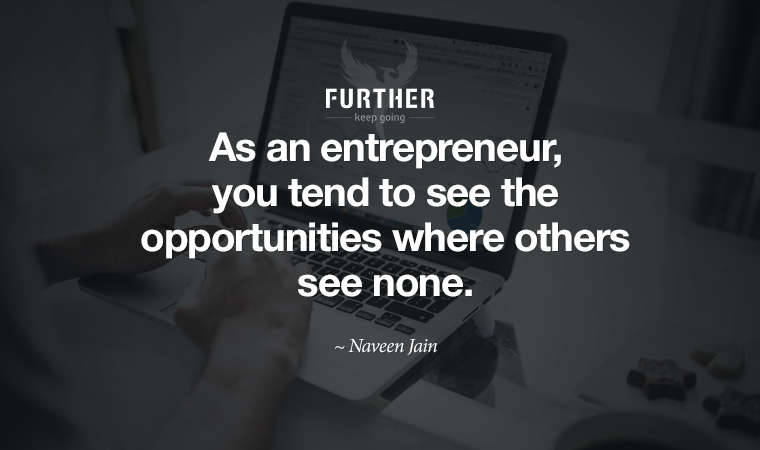 Starting a business is the American Dream — two-thirds (66%) of U.S. citizens hope to open a small business according to the Inside Small Business Survey.

And given that the average age of a successful startup founder is 45, that likely means many of my fellow Gen Xers are looking to make the dream a reality.

To say there’s a difference between dreaming and doing is a giant understatement. Generation X has been more entrepreneurial than average already, so there has to be some common motivator that wakes you up and gets you living the dream.

When it’s smarter to choose yourself

A research paper with the sexy title of Asymmetric Information and Entrepreneurship explains a new theory of why some people choose to be entrepreneurs. And while there are a ton of obvious benefits to being your own boss (that’s why people dream about it), the reason it happens is much more practical:

Entrepreneurs think they are better than their resumes show and realize they can make more money by going it alone. And in most cases, they are right.

Basically, the way the job market works is you create this piece of paper called a résumé and send it to people whose job is to evaluate that piece of paper. If you “look good on paper,” then you get an interview, and possibly a job.

The people who hire other people are looking for certain signals — education, grades, work history — to determine if you’re a fit for the job. Unfortunately, those things don’t really tell them if you’re the type of person who will be actually good at the job.

The signals that really make a difference are nowhere to be found in the information requested by potential employers. That means job candidates know more about their true abilities than employers can evaluate through the standard process:

In this case the entrepreneurs know something potential employers don’t – that nowhere on their resume does it show resiliency, curiosity, agility, resourcefulness, pattern recognition, tenacity and having a passion for products.

The most provocative aspect of the report proposes that people who “look good on paper” aren’t all that great. If they truly were, they would choose to start their own thing, because the most talented and productive people choose entrepreneurship.

It’s an interesting theory, but I know full well that there are many solid reasons why people decide to work jobs and wait until later in life to break free. Maybe your time is now?

Why Entrepreneurs Start Companies Rather Than Join Them (Think Growth)

How to fall asleep in two minutes

Falling asleep shouldn’t be that hard. And yet, it’s been a struggle for me my entire adult life. Seems I’m not alone:

The American Sleep Association (ASA) says that 50 million to 70 million U.S. adults have a sleep disorder. Among that group, insomnia is the most common.

Combine that with the fact that getting enough sleep is critical to your health and well-being, and we’ve got a problem, Houston.

We often justify shorting ourselves on sleep because we’ve got work to do. Sleep research reveals, however, that your brain is also working on important stuff while you sleep.

While we sleep, our brains are intensely active, taking care of things like memory consolidation, cognitive maintenance and neurochemical cleansing. As Dr. Maiken Nedergaard from the University of Rochester explains, it’s like bringing in the overnight cleaning crew to sweep the garbage that’s accumulated during the day — except in this case, the garbage is made up of toxic proteins that, when they build up, are associated with Alzheimer’s disease.

It doesn’t matter whether you’re an early riser or a night owl. What matters is that you get 7-9 hours of sleep a night, which means being able to fall asleep in the first place.

Sleep all that you can sleep

Here comes the U.S. Army to the rescue. If you think it’s hard to fall asleep in your comfy bed, imagine trying to nod off in a foxhole.

The military wants to avoid mistakes due to a soldier’s lack of shut eye. To help, they devised a method that’s supposed to put you to sleep within two minutes.

The technique involves muscle relaxation, breathing, and visualization. At the end of the simple steps outlined in the article below, you lie down and drift off to sleep within a few minutes. Let me know if it works for you.

What Happened When I Tried the U.S. Army’s Tactic to Fall Asleep in Two Minutes (Fast Company)

Get your freedom through freelance

There are approximately 55 million freelancers in the United States — that’s 36% of the working population.

By 2027, it’s projected that more people will be freelancing than traditionally employed.

The economic motivation for going freelance seems sound, given that nearly 2 in 3 freelancers earn more now than they did as employees. Plus, freelancers enjoy their work more than their traditionally-employed counterparts.

Just about every entrepreneur I know started as a freelancer first.

Being able to fend for yourself economically is the first step toward spotting the next big opportunity, and that usually means simply switching from W-2 to 1099 while doing what you’re already good at.

After I quit the big law firm in 1998, my first success was as a solo attorney. That’s not a role that gets called freelance, but it’s essentially what it was — I worked from home, met clients in coffee shops, and learned how to generate a steady source of gigs.

I started to think like an entrepreneur during this time. When you’re solely responsible for your economic well-being, you begin to see unmet needs everywhere.

When you think freelance, it’s generally writers, designers, and coders that come to mind.

But these days, some of the fastest growing freelance sectors are human resources, recruiting, project management, research analysis, and technical support.

If the projections are correct, soon the self-employed will outnumber the people with a J.O.B. And if you’re happier and making more money, what’s not to like about becoming the new normal?

The Fastest Growing Job Sectors for Freelancers (The Balance)

How to defeat the illusion of learning

Remember how we used to study in school? Read the materials, underline, highlight, reread … repeat.

Research show that’s not only time consuming, it also doesn’t really result in solid learning. Even worse, you’re left thinking you know the material when you really don’t.

The test is the learning

After reviewing the materials, quizzing yourself is a much better way to learn compared with additional reviewing. That’s because what really cements your mastery of a topic is the act of retrieval.

Here’s an explanation of that from the book Make It Stick:

The act of retrieving learning from memory has two profound benefits. One, it tells you what you know and don’t know, and therefore where to focus further study to improve the areas where you’re weak. Two, recalling what you have learned causes your brain to reconsolidate the memory, which strengthens its connections to what you already know and makes it easier for you to recall in the future.

We generally think of quizzes and tests as an evaluation of how much retention has already occurred, but being tested on a topic is a potent way to learn the topic better.

A single quiz after reading a book or listening to a lecture results in greater retention than rereading the book or reviewing notes from the lecture.

Most successful students take charge of their own learning and follow a simple but disciplined strategy. And while we haven’t been in school for a bit, the need for “lifelong learning” is accelerating along with everything else.

Whether you’re a freelancer, entrepreneur, or climbing the corporate ladder, becoming better at learning is part of your job.

And if you’d actually like to get some real benefit out of those personal development books on your nightstand, it helps to be able to retain and quickly retrieve your new life strategy.

Make It Stick: The Science of Successful Learning (Amazon) 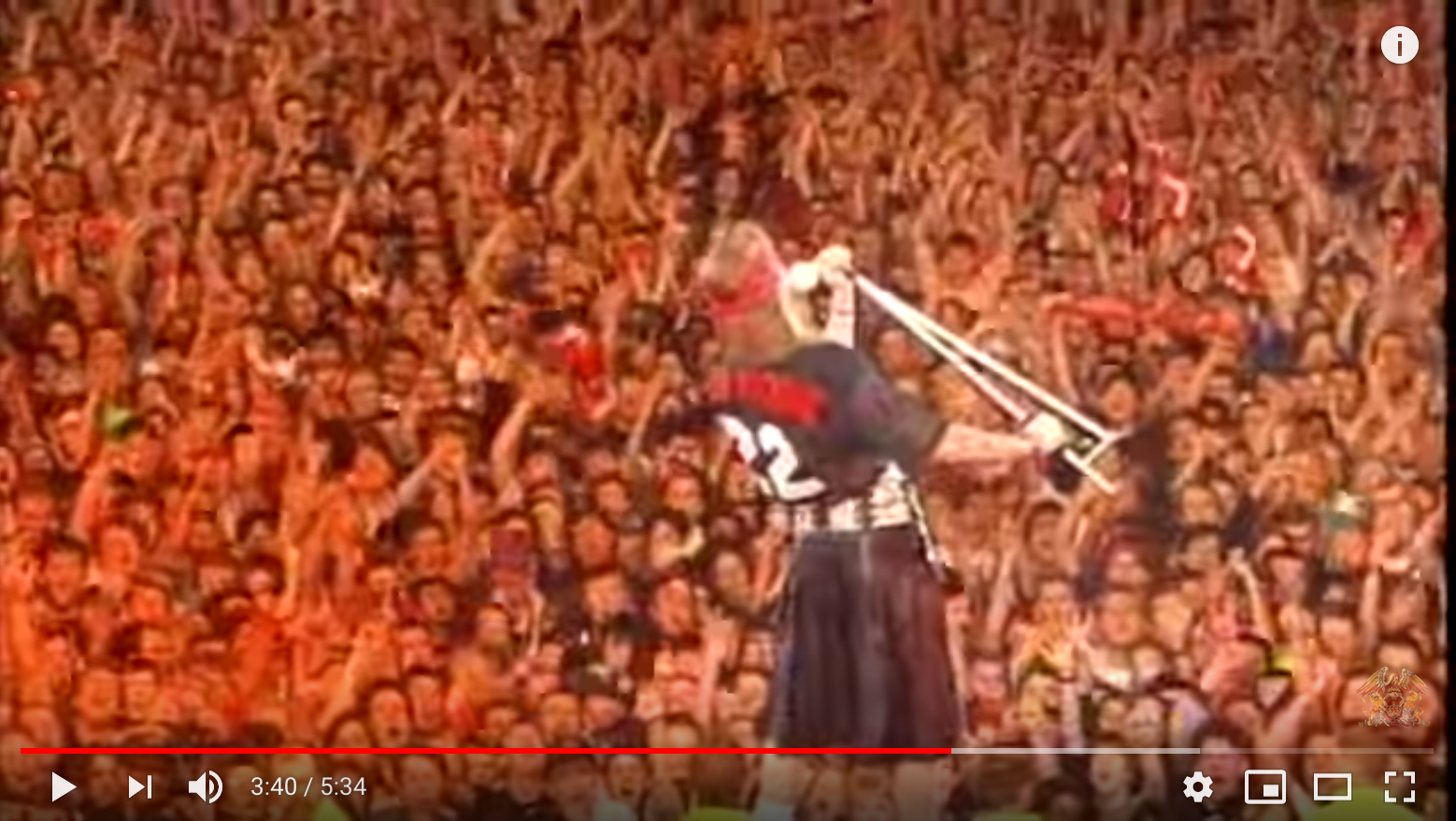 Who else watched this live when it first aired? Given some rough GNR lyrics about homosexuals, many minds were blown when Axl Rose joined Elton John to sing Bohemian Rhapsody during a tribute concert for the late Freddie Mercury. One YouTube comment taps the perfect Avengers: Infinity War analogy — “When Axl enters, it’s better than when Thor entered Wakanda﻿.” (YouTube)