The Formula for Peak Performance 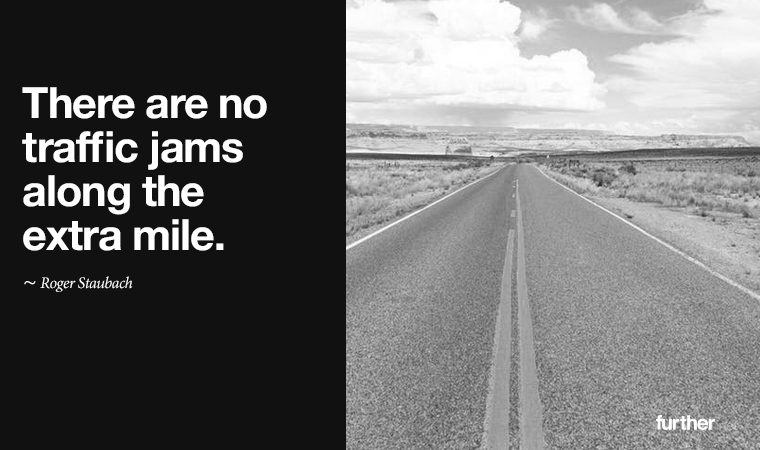 Just two years out of college, Brad Stulberg was a rising young star at the prestigious consulting firm McKinsey & Company. His rigid commitment to academics in college naturally morphed into 70-hour work weeks, and led in 2010 to being tasked with forecasting the effects of United States health care reform.

Two promising young men with nothing but higher achievement ahead. And yet, Steve never ran a step faster than at the Prefontaine Classic, and Brad never got another promotion or became a partner in the firm.

Both men had peaked young, despite ridiculously rigorous training and work regimens. What went wrong?

Magness and Stulberg are now co-authors of the newly released book Peak Performance: Elevate Your Game, Avoid Burnout, and Thrive with the New Science of Success. Their goal with the book is to answer that very question, while also setting the rest of us on the right path for optimal performance in our own pursuits.

The introduction sets the stage:

The process of setting a goal on the outer boundaries of what we think is possible, and then systematically pursuing it, is one of the most fulfilling parts about being human. It’s also a good thing that we want to take our game to the next level because, more than ever, we have no other choice.

No argument on the first point. But it’s the second sentence that shows how we’re screwing up a beneficial aspect of human nature in the pursuit of external rewards — and still getting it wrong.

The authors explore the effects of illegal performance-enhancing drugs in sports. Likewise, the prevalence of Adderall (basically prescription speed) on college campuses drives students to study longer and harder, which naturally spills into the ultra-competitive employment arena for ambitious young people.

That’s what it takes to get ahead, right? Well, it didn’t work for Magness and Stulberg, just like it hasn’t worked for many others who instead greatly endanger their health and well-being in the hope of getting an edge.

So what’s the correct formula for peak performance? Turns out it’s:

Stress is what we think of as the training, or the work. And yet, rest is an equally important element of the equation that is the missing link in the quest for peak performance.

The most obvious example is weight training. If you don’t stress the muscle sufficiently, you can’t gain mass. Stress the muscle enough without proper rest, and you also don’t experience growth, while instead risking significant injury.

It’s the same with your career. Working long hours actually decreases your productivity, while those who take breaks, go for walks during the workday, and take weekends off often report creative breakthroughs.

In other words, rest is an essential part of the work, not its opposite. You can only stress yourself so much before returns diminish. More than that, the combination of stress and rest is what allows you to hit your next level, as opposed to piling on more stress.

Peak Performance is an excellent overview of many of the things we talk about here at Further. While each of the areas covered has multiple books about that individual topic, this may be the blueprint you need to get to the next best version of you.

It’s no surprise that French fries aren’t great for your health, but a new study is linking eating the fried food at least twice a week with an increased risk of death.

Millions of Americans are self-treating with gluten-free diets. This has its advantages and disadvantages.

Who Really Needs to Be Gluten-Free?

Ever since recording the first whole human genome, the cost of sequencing has plummeted. Now that we have the “source code” of life, what will we do with it?

Ray Kurzweil: Our Health Is About to Be Radically Transformed

If you’re intrigued by the idea of a wellness vacation, you have a huge number of choices, both in the U.S. and overseas. There are resorts that will fit a variety of budgets, personalities, and goals — which could include weight loss, stress reduction, digital detox, or some combination.

If you’re searching for the next slice of paradise to put on your travel list, look a little farther than Cancun. Here are 12 drop-dead gorgeous islands that Americans continuously overlook. Some of them won’t even require you to stray too far from home.

Best Islands to Visit for Under the Radar Vacations

The 7 Reasons That Science Says You Should Pay For Experience, Not Things

Television personality Mike Rowe notes that knowledge work seems obsessed with efficiency, while the skilled trades seem more concerned with effectively solving problems. The former can be dehumanizing, while the latter tends to be satisfying.

Mike Rowe on Efficiency versus Effectiveness

The Beginner’s Guide to Deliberate Practice

Research in social science has found many times over that people are generally pretty bad at guessing how to make a good first impression, and the most common mistakes can be grouped under a general “me, me, me” category. Instead, ask them questions.

People Will Like You More If You Ask Them Questions

For many, social media is an involuntary obsession. Here’s one approach for people interested in breaking the compulsive checking habit.

Quit Social Media Every Other Day