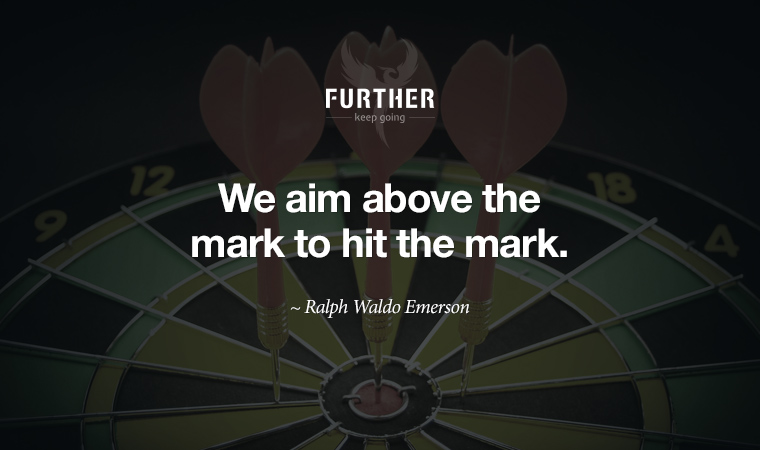 And given that it's Friday, you know what that means … this issue of Further is late. Sorry about that.

I mentioned a while back that my autumn was going to be intense thanks to work, and apparently I wasn't kidding. But I also said I would exercise every day to keep my stress down and my fitness on track.

So far, so good. More importantly, it works. It's doesn't lessen the workload of course, but it does make it much more manageable — even though I'm taking time out of the day to work out.

You're likely super busy, too. It may seem counter-intuitive, but give it a try. You'll still get your work done, you'll feel better, and I'm betting the quality of your work will improve as well.

Speaking of improving, this week we're exploring a different form of excellence called micromastery. Find out how “entry tricks” get you going toward perfecting a whole bunch of small things that improve your life.

Here are a few other things that can improve your life:

The Doors of Perception

“We do not see things as they are; we see them as we are.” Remarkably, current evidence from the field of neuroscience suggests this conception of human reality is an accurate description of our perceptual processing.

“I probably will work until something stops me,” Bob Orozco says. He may be an outlier, still working at 89, but statistics show that there may be more people like him in the future. And while some won't have a choice because they need the money, many like Orozco just want to keep contributing.

Older Americans Are Increasingly Unwilling — Or Unable — To Retire

The freelance trend is accelerating, despite the strong job market. What used to be a euphemism for “between jobs” is now a status symbol and a badge of honor. And if you don't want to retire — or can't — isn't it better to be your own boss?

P.S. You know what would look good on you this fall? A sweet Further hoodie. And I just happen to know someone who can hook you up with one.

Check out all the Further gear here.

Micromastery: Learn Small, Learn Fast, and Unlock Your Potential to Achieve Anything

This week's book selection says rather than spending 10,000 hours in the pursuit of perfecting just one thing, you should instead perfect lots and lots of small things for a bigger payoff. Trudi gives you more on this concept below.

The big benefits of micromastery

Learning something new is a big deal. On one hand, it expands your repertoire and improves your cognitive function. On the other, especially if it’s a major undertaking — like learning to play an instrument or becoming a gourmet chef — it can be overwhelming.

I’m feeling this as I’m training to become a meditation teacher. Among other tasks, I’m going to have to chant a five-minute ceremony in Sanskrit.

I would be panicking if I hadn’t come across micromastery, a term co-coined and popularized by life-long learning devotee Robert Twigger:

A micromastery, well, I’ve defined it as a self-contained unit of doing. So it’s something that’s complete in itself, but it’s connected to the greater field.

In other words, even a small success can provide you with a big boost.

How to micromaster a new skill

When Twigger decided he wanted to be a good cook, for example, he started by learning how to make the perfect omelet. Within that bite-sized goal were all the techniques he needed to become a competent chef.

To micromaster a new skill, you start with an “entry trick” that quickly takes you to the next level. For example, my meditation teacher, who is also an actor and routinely memorizes scripts, taught me to write each Sanskrit sentence phonetically before repeating it out loud to lock it in. The act of writing by hand is a science-backed retention booster.

Insider tips are also a surefire way to move beyond what Twigger calls the “rub-pat barrier.” That’s the challenge of coordinating two things that seem hard to do at once, which can derail you if you don’t pre-plan pushing past it.

The final step of micromastery is the payoff: an endpoint where the task is complete and you get recognition for acquiring a new skill. This encourages you to continue to the next micromastery.

Be the micromaster of your domain

Micromastery is an easy, accessible way to get on the path to life-long learning. It may be that like me, you’ve set a bigger goal for yourself (for example, become a meditation teacher), and the micromastery of a specific skill makes it more manageable (memorize a five-minute ceremony to start).

The trick is to find what’s fun in a given subject, and get excited about it. To do this, you can think about something you loved as a kid, or delve into a subject you’re curious about.

And if you’re not sure where to start, ask an expert for a starter project that involves all the skills necessary to get good at something you’re interested in. Just stay focused on the bigger picture of micromastery: improved optimism, confidence, memory, and cognitive ability. 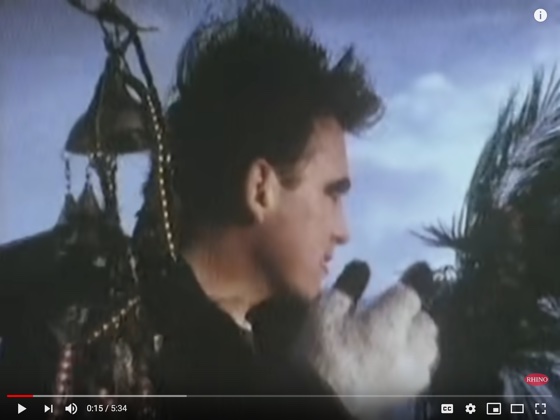 The Cure – Pictures Of You
Disintegration, 1989

A beautifully heartbreaking song about loss, Pictures of You also helps us go on. The comments under the video from young people who lost the parents that introduced them to The Cure in the first place are both tragic and life affirming. (YouTube)