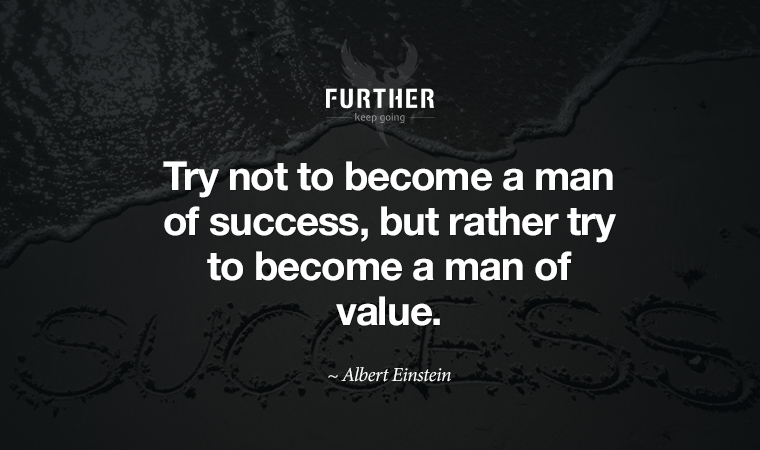 This may not be a news flash, but we live in a success-oriented culture. No, really.

And while there are different forms of motivation that drive our need to succeed, we ultimately think we’ll be happier once we get that success, right?

Except the happiness doesn’t seem to last. So off we go, looking for the next level that will surely make us happy for real this time.

But just like trying to be happy makes you less happy, achieving success often leaves us empty. What sorcery is this?

Hop off the hedonic treadmill

The conventional markers of success — the prestigious career, the expensive car, the Dwell magazine home, and of course, the social status — are milestones we aim for in pursuit of our idealized happy life.

The trouble comes when eventually you find yourself on a hedonic treadmill (that’s hedonic adaptation for the sticklers), meaning you score an initial boost in happiness when you achieve one of your milestones, but it’s ultimately fleeting. You then quickly drop back to your happiness set point (some call that unhappiness), and start looking for the next hit of success.

This is the result of seeking success for personal pleasure, and to avoid the pain of living — also known as hedonistic happiness. It’s an inherently self-focused approach that’s well-established to undermine happiness, and ironically can lead to depression.

There is a better way, though. One that goes all the way back to my man Aristotle.

Eudaimonic happiness: It’s bigger than you

Aristotle originated the concept of eudaimonia, which holds that true happiness comes from doing worthy things. He argued that realizing your true potential as a human being is what leads to a successful life.

Eudaimonic happiness is about pursuing meaningful activities — involving objectives bigger than yourself, often by being of value to others — instead of chasing the transient trappings of success. In other words, by not focusing on success or personal happiness, you might actually get both.

Here’s how Viktor Frankl, Professor of Neurology and Psychiatry at the University of Vienna Medical School, put it:

Don’t aim at success. The more you aim at it and make it a target, the more you are going to miss it. For success, like happiness, cannot be pursued; it must ensue, and it only does so as the unintended side effect of one’s personal dedication to a cause greater than oneself.

Frankl is best known as a survivor of the Auschwitz, Dachau, and Theresienstadt concentration camps during World War II. He found a way to endure those horrors through meaning and then dedicated the rest of his life to exploring its power for human potential.

Adopt a meaning mindset for the win

So the first key to finding success and happiness is to call off the dogs. But you still need motivation to get out of bed in the morning, and that’s where a meaning mindset steps in.

Focusing on a purpose that’s bigger than your own individual gratification is what sets the stage for a truly successful life. If that sounds silly to you, maybe we need to look at a few examples.

When we think of those whose life work was focused on something greater than themselves, Mahatma Gandhi, Mother Teresa, and Martin Luther King, Jr. come to mind. But the same can be said of Steve Jobs, Oprah Winfrey, and Elon Musk, thanks to their primary focus on big ideas and audacious change.

All of those individuals are outsized examples of successful lives, and yet none of them pursued petty concepts of conventional success. We’re over here chasing the car, the house, and the fabulous vacations, though … and somehow thinking those will result in lasting gratification.

Pursuing hedonistic happiness is not likely to lead to an exceptional life, and may instead make you miserable. By putting meaning first, however, you can still enjoy all those fleeting moments of achievement along the path, just like those who seek shallow success.

There will be one key difference, though. The person who lives a meaningful life knows that happiness is a way of travel, not a destination.

Here’s how a detox really works

With the flurry of (possibly) still active New Year’s resolutions, odds are someone you know is yapping about the “detox” they’re on. From juice cleanses, to brown rice diets, to elaborate colonic procedures, people think they can remove unhealthy toxins from the body as a way to kickstart better health.

For the most part, the idea that you can eat, drink, or endure something that’s going to “detoxify you” is a myth. While a nutrient-rich diet and lots of water can provide an assist, it’s your liver and kidneys that do the job of eliminating toxins from your body.

Other than that, the only way to aid your detoxification is to stop putting toxins in your body. And that means eliminating certain things from your diet.

Got to give it up

The first obvious toxin is alcohol, whether you drink to “intoxication” or not. Although socially acceptable and touted as healthy in moderation, alcohol is among the top five most addictive substances in the world, and has been ranked as the most damaging drug as well.

Next up are processed foods. If you read labels like my wife makes me, you know there are some fairly complicated synthetic chemicals, dyes, and other less-than-wholesome ingredients in packaged substances that are marketed as food.

And then there are things that may be toxic to you in particular, in the form of food allergies. If you’re feeling vaguely bad all the time, you can subtract things from your diet such as dairy, for example, and see what happens. Keep in mind, though, that half of US adults who think they have a food allergy actually don’t.

It’s not that complicated

Some people choose to go on more elaborate food subtraction schemes. For example, this writer vowed to eliminate the following for two weeks:

Some of the things she eliminated (like coffee and eggs) don’t make sense for the long term, unless a true allergy exists. Just the thought of giving up those two things makes me weepy.

Otherwise, is this a “detox,” or just a sensible approach to eating that should persist? I think you know the answer.

What Happened When I Gave Up Gluten, Sugar, Dairy, And Coffee (Fast Company)

I tend to be a worrier. To a certain degree, it’s my job as a CEO, parent, and responsible adult impersonator to anticipate problems by thinking about them, and take action accordingly.

It’s when I worry about things that are beyond my control that there’s a problem. This type of worrying is a waste of time and energy, because it’s absolutely pointless.

So why do we still do it?

The thing is, we feel like we’re doing something about things outside of our control by worrying. It seems like we’re working through an issue, and that’s a fallacy:

Unless your worry can tangibly help you identify solutions that you can implement to prevent a negative outcome, worry is often something that people do to feel as though they are being productive when really they’re only creating more distress for themselves.

Once you realize that this type of worrying serves no purpose, you’ve taken the first step to eliminating needless worry and reducing your anxiety. But the negative thoughts are still there, right?

You get it on an intellectual level that worrying thoughts just show up, unbidden by you. And you can also accept that unless you purposefully hold on to them, those thoughts will eventually drift away.

But it’s much more effective to experience both the involuntary bubbling up and transitory nature of your thoughts by observing your own mind. And that’s why research shows that mindfulness meditation reduces worry:

The most effective technique for reducing the frequency of negative thoughts was a guided acceptance-based mindfulness meditation. The general principle behind acceptance-based meditations is that you allow thoughts to come into your mind, observe, acknowledge, and make room for them rather than attempt to struggle with them.

In the last few years, you’ve heard over and over about the myriad of benefits that meditation brings. If you’re struggling with excessive worry, you’ve got another compelling reason to give it a try — it’s worked for me. 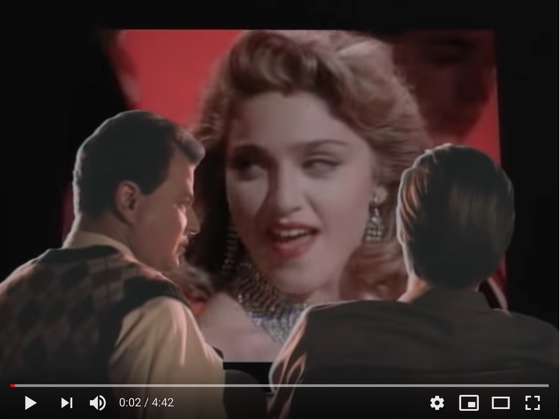 With this homage to Marilyn Monroe’s performance of “Diamonds Are a Girl’s Best Friend” from the film Gentlemen Prefer Blondes, Madonna established her own blonde bombshell credentials in early 1985. She went on to become the best-selling female recording artist of all time. (YouTube)