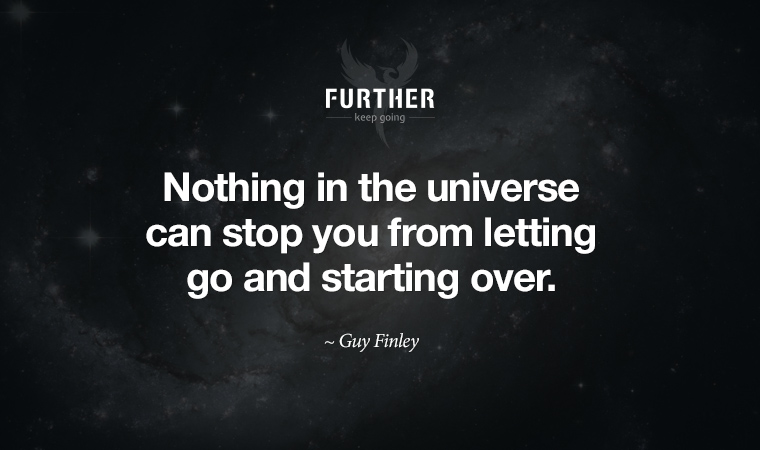 It's a classic conundrum. The sum total of your life experience is memory of the past.

And yet to become the next version of ourselves into the future — and also simply appreciate the moment — you've got to let go of the past without losing the core of who you are.

This week, Trudi Roth explores this conundrum. How do we avoid being stuck in what was, so we're freed up to explore what’s next? Find out below.

Also this week, I'm introducing a new regular section of the newsletter. I often get emails from Furtherites asking what I'm reading, so it makes sense to include books that I've found useful in the past, and also what I'm reading at the moment.

Of course, you don't have to read in order to get the benefits of a book. Most people read one book a year (unless they have to for work or school), so that doesn't allow for a ton of titles.

But the explosion in audio books is changing that. Like podcasts, people are tuning in to audio books in the car, at the gym, or while doing the dishes. The information is the same, it's just the delivery that's different.

Personally, I still love to read. So whether you're using your eyes or your ears, here are some titles you'll want to check out:

You can't escape the need for life-long learning at this point, so we might as well get really good at it. Ultralearning is getting a lot of buzz, and for good reason. While Chapter Four's focus on retrieval will be familiar to Further readers, there are a lot of new ideas in this book that will give you an edge.

Specialization is the pathway to money, mastery, and prestige — everyone knows that. But despite specialization, the more general your range of knowledge, the more of a master you become at your primary thing. That's because complex problems require you to draw from outside the box of your specialty. In other words, stay curious.

Here's a book that's sure too make the permanent Further reading list. Author Chris Farrell is a contributor to Marketplace and Minnesota Public Radio who has been leading the charge on the unretirement movement. You'll find a deeper exploration of many of the themes we highlight here at Further, and some solid advice.
_____________

Hope one of these catches your interest. Since Further participates in the Amazon Associates program, when you buy we get a small store credit that I use to buy more books. 🙂

How to let go and move forward

If I had to pick a motto for midlife, it would be things change. You don’t have to be a Greek scholar like Heraclitus to know it’s the only constant in life.

In our 40s and 50s, change crescendos. Family structures evolve as loved ones move on and pass on. We face career crossroads. And our bodies just ain’t what they used to be.

Now, you could read that last paragraph two different ways. One stuck in what was, the other freed up to explore what’s next.

The key to deciding which way the doors of your midlife perception swings is how easily (or not) you can let go.

Why we cling to the past is less about conscious choice, more about biology. Your limbic system, or “lizard brain,” constantly scuttles you in the direction of safety and comfort. It’s also the seat of resistance, which thrives on triggering the three strongest emotional drivers: love, fear, and rage.

From this ego-driven stance, it’s nearly impossible to give anyone or anything a hall pass. Dr. David R. Hawkins, a psychiatrist and spiritual thought leader, likens us to pressure cookers, ready to release steam when even slightly provoked.

His advice is to instead go right to the source fueling underlying tensions — usually repressed anger, guilt, fear and other negative feelings. Release those suckers, and you’re in the business of letting go.

Hawkins describes a simple yet powerful technique to moving on:

Letting go involves being aware of a feeling, letting it come up, staying with it, and letting it run its course without wanting to make it different or do anything about it. It means simply to let the feeling be there and to focus on letting out the energy behind it. The first step is to allow yourself to have the feeling without resisting it, venting it, fearing it, condemning it, or moralizing about it. It means to drop judgment and to see that it is just a feeling.

In other words, the thing your mind clings to is an illusion. It's a fleeting sensation that traps you in what’s familiar (even if it’s a negative feeling), and holds you back from moving forward.

When you give up resisting or trying to modify the feeling, it will shift to the next feeling and be accompanied by a lighter sensation. A feeling that is not resisted will disappear as the energy behind it dissipates.

The thing to give up is trying to find relief, resolution or retribution in the past. Let go, and you’ll find promise in the present — and an easier path into the future. 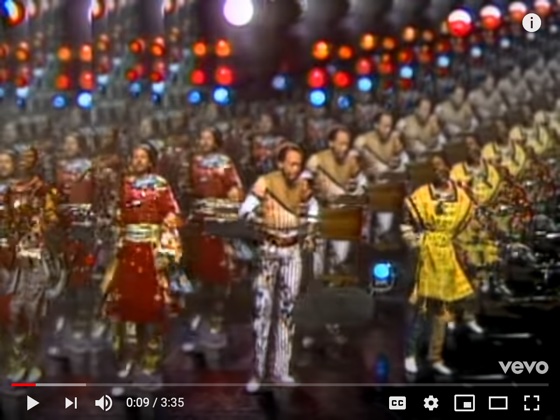 Did you remember the 21st night of September? It was this past Saturday in case you forgot. Well, it's not too late to crank up September by Earth, Wind & Fire and bring a little joy to your (hopefully) cool, crisp autumn day. Unless you're south of the equator, of course. (YouTube)