How Does Introversion Happen? 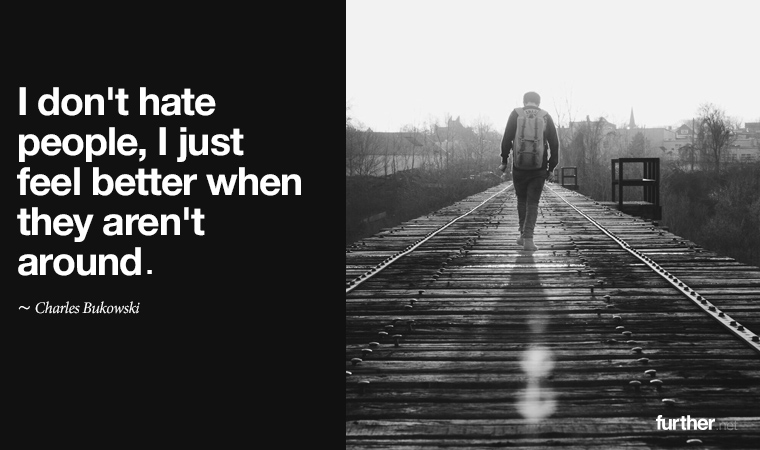 Hi, my name is Brian … and I’m an introvert.

Now, if you met me at a party or saw me give a presentation, you wouldn’t conclude that I’m the shy type. Of course, introversion isn’t about shyness necessarily — it’s about the effect that being around other people has on us.

Introverts are more sensitive to stimulation than extroverts. So while extraverts thrive on the energy of social interaction, for introverts it’s a draining experience that requires us to retreat and recharge. We don’t hate people, but we do hate small talk and shallow conversation.

Culturally (at least in the US), extraversion has been historically seen as desired or “normal,” while introversion was deemed strange or “abnormal.” In recent years more people have come to realize that’s simply not true, and further understand that introverts have many advantages when compared with extraverts, both in art and business.

Which brings us to the question of how do we end up as either extraverted or introverted? Turns out it’s largely genetic, or a biogenic influence on our personalities.

In fact, there’s a simple test you can do to confirm that your level of introversion is genetic:

For extraverts, the Q-Tip will remain horizontally balanced hanging from the thread. For introverts, the lemon side will dip from the weight of the extra saliva that resulted from reaction to the stimulation. Fascinating, huh?

When it comes to introversion and other major personality traits, it’s often just the way we’re wired. And if that’s the case, how is it that some people can overcome their introversion and “perform” like an extravert for limited periods of time?

Consider the recent discussion about ambiverts. Just like all of the Big Five personality traits, extraversion/introversion is a spectrum, not a binary condition. Ambiverts reside in the middle of that spectrum, and are generally more successful than gregarious extraverts.

But true introverts can perform as well as ambiverts with people if they inherently want to. Even though the roots of an introverted personality type are genetic (biogenic) and can be looked down upon culturally, leading to uncomfortably fake extraversion (sociogenic), there is a third major influence on how we behave.

Dr. Brian Little is a professor with expertise on human personality and well being. He’s the author of Me, Myself, and Us, an amazing speaker, and — according to him — a raging introvert. In his acclaimed classes and presentations, Little can “turn it on” like an extravert for the duration of the session. Then he retreats, much like I do after speaking on stage.

Little’s own research reveals the third major influence on our personalities: our free traits — or idiogenic qualities — that we express through personal projects. These are the activities and behaviors we choose to pursue because we are intrinsically motivated to do so, leading to behavior that is “out of character.”

That’s how introverts can choose to perform and socialize as if we are extraverts — for limited periods of time. It’s also how inherently disagreeable people can choose to be pleasant in certain situations, how people who are generally closed off to new experiences can pursue an adventure, and how highly conscientious people can throw caution to the wind for a weekend.

These free traits and the intrinsic motivation to pursue our own personal goals, free from the expectations of what we should do, are what Further is all about. What do you want to do and who do you want to become next?

A new study led by University of Maryland School of Public Health researchers adds more information about how physical activity impacts brain physiology and offers hope that it may be possible to reestablish some protective neuronal connections.

More good news about the benefits of T‘ai-chi, and I’m betting it’s not limited to Chinese-Americans (they’re just currently more likely to practice the art). A new study finds that a 12-week program of instruction and practice of the Chinese martial art tai chi led to significantly reduced symptoms of depression in Chinese-Americans not receiving any other treatments.

What is it about some vacations that make them great so that we return to work feeling fully restored and ready to be our most productive selves again? Here’s your answer, but it’s easier said than done.

This is What Makes A Vacation Restorative

These destinations saw from two to nine times as many bookings on Airbnb this year compared to last. Visit while they’re still under the radar.

You contribute at work with the hope that your ideas will be taken seriously. It’s hard to feel that way if your boss is constantly shooting them down and taking things another direction.

Three Reasons Your Boss Is Constantly Disagreeing With You

Instead of, “How can I improve?” the better question might be, “How can I start seeing more of the good in people, more often?”

Want To Be Happier And More Successful? Learn To Like Other People

According to psychologist Lisa Feldman Barrett, emotions do not happen to us without our volition. Rather, we construct our emotions by making meaning of sensations, and making predictions using our past experiences and our collection of concepts.

How to Master Your Emotions

You know you’re going to click, but be warned — not all of the signs are necessarily positive. Surprising signs of intelligence include a tendency toward mental illness, being prone to worry, sleeping late, and more.

7 Signs of Intelligence That Suggest You Are Smarter Than Average

Napoleon Hill once said, “When your desires are strong enough, you will appear to possess superhuman powers to achieve.” Similarly, Bill Walsh said, “If your why is strong enough you will figure out how.”

Willpower Doesn’t Work. Here’s How to Actually Change Your Life

So, willpower doesn’t work, but if you’re truly intrinsically motivated, you’ll make it happen by observation of your triggers and reactions. Whether you want to call this approach mindfulness or cognitive behavioral modification makes no matter, since they both involve the same process.

This Is How To Kill Bad Habits With Mindfulness