How to Get Your Most Important Thing Done Every Day 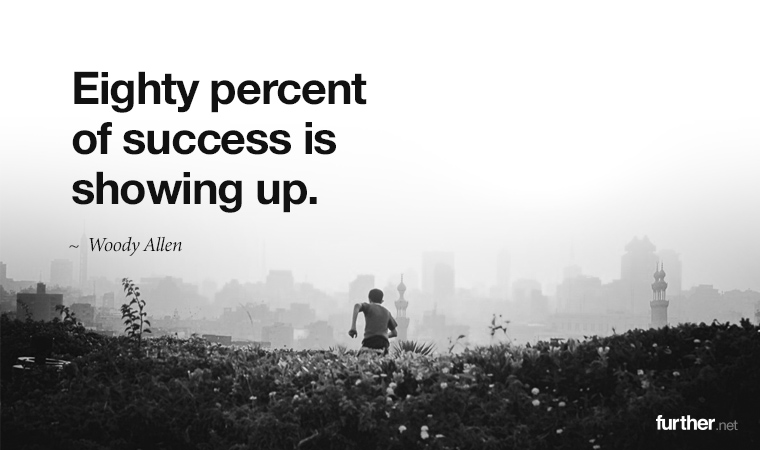 What’s the most important thing you’re trying to accomplish right now? Your number one priority for going further?

That’s not a rhetorical opening. If you can’t answer that question right away, what hope do you have of accomplishing it? And is it really that important?

It could be getting in shape, writing a book, or starting a business. It makes no difference what it is, as long as you’re truly committed to doing it.

Got it? Now, work on that thing first thing each day, before anything else.

Simple, and you’ve likely heard it before. But are you doing it?

Scheduling your most important thing for later in the day has practical challenges. Everyone has experienced a day “going sideways” due to events (and people) beyond our control. But for the most part, we can control what we do first thing, even if it means waking up a bit earlier.

From a scientific standpoint, putting that thing off until later is even worse. It’s much easier to muster the willpower to get what needs to be done accomplished earlier in the day compared to later due to ego depletion, meaning your self-control draws upon a limited pool of mental resources that can be used up as you go deeper into the day.

But shouldn’t we be relying on motivation instead of willpower? Sure, if you’re intrinsically (internally) motivated. That means you just want to do it, period. Given that this form of motivation is also the one likely to lead to a flow state, you’re in great shape if your current number one goal falls into this category.

Alas, this is not often the case. Many times we want the benefits of a behavior (such as better health, or financial freedom) more than we’re naturally motivated to do the thing that gets us there (like exercising, or investing wisely). So, we end up trying to get motivated.

Wanting to get motivated is essentially the desire to desire something. You want to want to do the thing, which is not the same as wanting to do the thing. It’s one giant step removed, and that’s why it’s an inconsistent spark at best, and generally results in failure.

Willpower, on the other hand, works in situations lacking in intrinsic motivation, as long as you truly desire the benefit. So it makes sense to knock out the task (beginning with small steps) when your self-control is highest, both in terms of willpower and the absence of intervening circumstances.

Consider the case of Ernest Hemingway. The famous author was primarily known for three things:

Now, I don’t think it took a whole lot of willpower for Hemingway to get drunk and discharge firearms. On the other hand, he produced a large body of quality work, and his name is synonymous with “Great American Writer.”

That’s because Ernest got up every morning and wrote, first thing. And contrary to popular belief, he never drank while he wrote. That was for after the important thing was done.

Writing is what Hemingway felt he should do with his life — it was his most important thing. Rum and guns were the easy part.

So, let’s go back to the top. What’s the most important thing you’re trying to accomplish right now?

Wake up tomorrow morning and work on that thing. First thing.

My take on productivity is that it’s not about doing more … it’s about doing what matters without fail. Sadly, many people are busy “getting things done” all day without accomplishing anything of substance. And having a lot less fun than Hemingway.

“Physical activities, such as walking, as well as aerobics/calisthenics, biking, gardening, golfing, running, weight-lifting, and yoga/Pilates are associated with better sleep habits, compared to no activity, according to a new study from researchers at the Perelman School of Medicine at the University of Pennsylvania. In contrast, the study shows that other types of physical activity — such as household and childcare — work are associated with increased cases of poor sleep habits.”

Let it go to lead

“One of the fundamental inconsistencies we see in workplaces today is the gap between leaders’ desire for “empowered and engaged” employees and what actually ends up happening during the personal interactions of leaders with employees. Often, these actions inadvertently have the effect of reducing the employee’s drive toward empowerment.”

The Counterintuitive Art of Leading by Letting Go

“A lot of what you read about becoming happier sounds downright corny. Counting your blessings, doing good for others… all those cliches your wise grandmother told you to do. But here’s the thing: the cliches are often true. Grandmom knows a lot.”

How To Find Happiness: 3 Secrets From Research

Thanks as always for joining me. If you enjoyed this week’s issue, it helps a lot if you’d forward it to a friend or share it on your favorite network: