Change Isn’t as Hard as
You Think 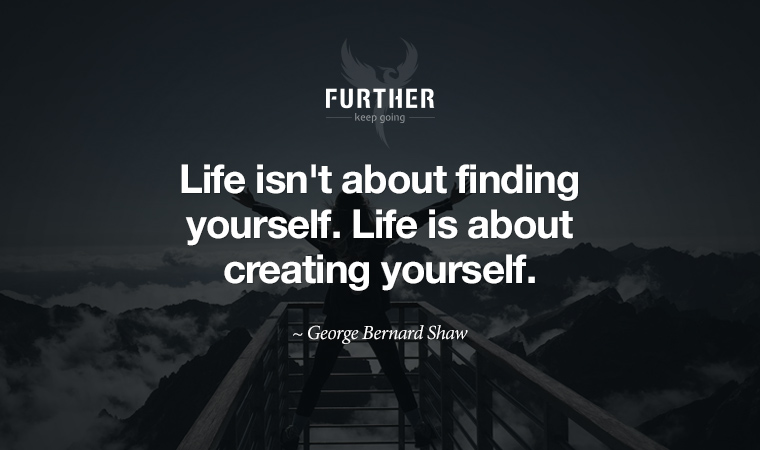 Change is hard. That’s what we’ve heard our entire lives.

To prove the point, we’ve all had instances where we vowed to make a significant change in our lives, and failed to follow through (often miserably). Even with multiple attempts, we can’t seem to achieve certain goals.

So what does that mean when it comes to changing the story of who we are? If we don’t have a fixed self, it seems it should be easier to change, right?

The truth is, we’re all changing constantly, and much more than we think. But this doesn’t mean we’re necessarily changing in the ways we want to.

Change in and of itself isn’t the issue, because you’re absolutely going to change to some degree over time. So why do we sometimes struggle to change in the ways we desire?

Working for your future self

Change is about becoming a different person, to some degree, in the future. So our present self has to take action on behalf of our future self. Simple enough.

Problem is, our brains are wired to value instant gratification over the welfare of our future selves. Neurological scans reveal that we think of our future self as if it’s an entirely separate person:

So, when you save for retirement, for example, it can feel like you’re giving your money to someone else. Conversely, those who succeed in reaching the goals they set for themselves take steps today that help them become who they want to be in the future precisely because that will be a different person.

The story that makes up our sense of self comes from remembering the past, while intentional change comes from imagining your future. Because it’s easier to remember than to imagine, we’re led to believe that who we are at that moment is the final destination of who we’ll ever be.

Harvard psychologist Daniel Gilbert explores the psychology of your future self in an illuminating TED talk. He reveals the fallacy created by the way we experience our present selves, and how we change much more than we anticipate:

The bottom line is, time is a powerful force. It transforms our preferences. It reshapes our values. It alters our personalities. We seem to appreciate this fact, but only in retrospect. Only when we look backwards do we realize how much change happens in a decade.

It’s as if, for most of us, the present is a magic time. It’s a watershed on the timeline. It’s the moment at which we finally become ourselves. Human beings are works in progress that mistakenly think they’re finished. The person you are right now is as transient, as fleeting, and as temporary as all the people you’ve ever been. The one constant in our life is change.

Now, prepare for a healthy dose of reality. As we age, the rate of change slows down for many of us. Older people tend to become less open to new experiences, which leads them to stop seeking novelty and change.

Of course, it doesn’t have to be that way. There’s nothing inherent about midlife or thereafter that says you can’t change as much as you want to. But you’ll have to actively seek out new experiences outside of your comfortable routine — which means having a reason to do that in the first place.

The key questions are first, what do you really, truly want to change about yourself? And second, what will be the driving force that allows you to achieve that change?

When we talk about who we are and why we behave the way we do, we’re talking about our personalities. Your personality is the combination of characteristics that form your distinctive character, and research shows that the vast majority of us would like to change some aspect of ours.

Personality is generally thought of as a collection of traits you possess. In psychology, the “Big Five” personality traits are openness to experience, conscientiousness, extraversion, agreeability, and neuroticism.

Beyond the traits that you have thanks to nature and nurture, there’s what you do. And this is where intentional change happens.

Dr. Brian Little is an acclaimed professor at the University of Cambridge who specializes in personality and motivational psychology. Little calls the “doings” of our daily lives personal projects, and they’re all about working to create your future self through meaningful actions.

His pioneering research on how personal projects influence the course of our lives has become an important way of both explaining and enhancing human flourishing. In this case, that means becoming closer to the person you want to be by effectively altering your personality over time.

Little’s research identifies three motivational sources that make up our personalities. First is biogenic; the genetic aspects that influence who we are and how we tend to act. Second is sociogenic; the cultural influences that shape us and define acceptable behavior.

The third source of influence on our behavior is what Little calls idiogenic motives — the plans, aspirations, commitments, and personal projects that we pursue. These are free traits that allow us to act beyond the conditioning of biology and society.

So how do we choose these personal projects? What sparks us to begin these self-defining ventures that provide meaning in our lives?

In his new book Personality Isn’t Permanent: Break Free From Self-Limiting Beliefs and Rewrite Your Story, Benjamin Hardy identifies purpose as the main driver of choices that change your personality for the better:

Purpose is a pivotal force that runs throughout the fields of personality, motivation, and perseverance. And ultimately, acting on our sense of purpose can provide life satisfaction, an emotional state that we value more than happiness.

For example, self-determinism theory holds that we’re motivated by a sense of purpose in multiple aspects of life, and that purpose leads us to constantly “level up” a particular skill, while maintaining autonomy and control in the process.

Then there’s the concept of grit, popularized by Angela Duckworth, Distinguished Professor of Psychology at the University of Pennsylvania. Grit happens at the intersection of perseverance and passion, but the primary catalyst is purpose. We practice at something we’re interested in while our sense of purpose keeps us going until the usually elusive passion kicks in.

So, change isn’t as much of a barrier when you’ve got purpose driving you. You can change if you really want to, because purpose effectively dictates that you make that change.

In other words, you have to really want to change for purpose to provide the fuel. And then you have to act in a way that seems “not like you.”

Act “out of character” to change your story

The greatest value in thinking of personality as “doing purposeful projects” rather than “having personality traits” is this true potential for change. And no, you’re not confined to projects that suit your genetically or culturally-developed attributes.

Brian Little refers to your ability to change in this way as “acting out of character.” When you think of who you are as a story driven by your recollection of the past and how it conditioned you, “acting” out of “character” takes on a special significance.

But acting out of character has two significant meanings beyond Shakespeare’s famous quote: “All the world’s a stage, and all the men and women merely players.” It means a departure from our characteristic way of behaving, but also acting from character.

We often act out of character in the second sense when we guide our actions by our values. You may not be naturally open and extraverted. But given an important occasion or project, you have little choice but to act out of character, to rise to the occasion and be an alternative you — in a sense, perhaps, an optimized you.

An “optimized you” is what personal growth is all about. But it can’t be what someone else tells you to optimize for. It’s got to come from a personal sense of purpose that is ultimately derived from your values. You become what you believe.

Believing you can change is the starting point. You’re not fixed in place. You can and hopefully will continue to learn, grow, and evolve as a human being — at any age.

Remember that change happens, whether you’re aiming for it or not. That leaves you with the opportunity not to find yourself, but to create a future version of yourself in an intentional, specific way.

Soon, you may feel like a different person. And you will be.