Go Beyond “Work From Home” and Live Anywhere 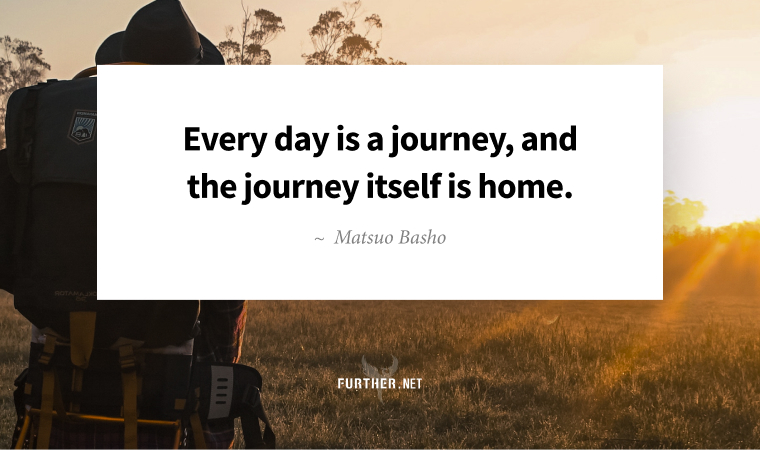 In March of 2009, I lost my “safe” job, a casualty of the economic meltdown in the US. I didn’t know it at the time, but it started me on a path that would land me on the cutting edge of a tidal wave of change.

I was about to become a location-independent business owner.

Mine was the slow kind. During the year following the job loss, I applied for more than 200 positions. I got one interview. One. Lousy. Interview.

At this point, I went back into freelancing. You see, I’ve spent over half my working life self-employed. I had sought out regular employment in the early 2000s simply because I was happy to accept the regular paycheck and mostly regular hours for a change.

You see how that turned out.

At the same time, my husband went back to graduate school with the idea of changing careers and getting into teaching. He graduated in 2008 — and within three months, the school districts in our local area laid off more than 3,000 full-time teachers. Oops.

When my job first melted away, I initially resisted going back to self-employment. After a year, when it was obvious I wouldn’t be finding another job, I started freelancing again as a content writer.

My husband did find work — as a bicycle courier. At the age of 60.

“Dire” hardly begins to describe our finances and stress levels. We needed to make some big changes.

Before the financial meltdown, we had talked about possibly living overseas in retirement. I had always wanted to travel and immerse myself in another culture, and had begun researching online to see where we might go.

Suddenly, it seemed like moving abroad might be the answer to our financial problems as well. The cost of living is drastically lower in many places that are also amazingly beautiful and tranquil.

So in 2012, once our youngest child was settled at college, we sold everything we owned, packed our clothes and our dogs, and headed south to a small town in Panama.

While there, I put together a 100% portable business. All my digital tools are platform agnostic. They’re available as mobile apps, on the web, or both.

The only thing that can really sabotage me is poor internet access, so I always make sure to have a backup connectivity. Depending on where I am, it may be a dedicated internet hotspot device, or my phone. I run everything from my laptop, and in a pinch I can keep going with my tablet, or even just my phone if I have to.

We returned to the US in late 2014 for my husband to be closer to his aging parents. It wasn’t until 2017 that it hit me — I’m not an expat any more, I’m an anywhereist!

During the previous five years, we had lived in seven different places, and it was while living in Panama that I started my location-independent business.

An “anywhereist” goes beyond “work from home,” “remote work,” or “digital nomad” — although it encompasses all of them. To me, it means I have the ability to truly work and live anywhere, either as a remote employee or through my own business.

At the moment I have a settled home, with a dedicated home office. In pre-pandemic days, though, you’d find me cranking out articles at the library, coffee shop, or other non-office location (and I look forward to having the freedom to do that again!).

I can travel and work without missing a beat. And I did, until everything shut down in March of 2020.

Working from home has been a dream for many people for years, and at one time it wasn’t taken seriously. Now, here’s where that fast change happens.

The Rise of Anywhere

Less than one year ago, only a small percentage of people with traditional jobs worked from home. Some tried to persuade their bosses they could be productive without coming into the office every day, but it was an uphill, unwinnable battle.

Until last spring, that is, when the pandemic forced 40% or more of office workers to change their commute from the highways to the hallways of their homes. In just a few months, working from home became mainstream, and we all got more familiar with Zoom than we wanted to be.

Often it wasn’t ideal, especially when the mix included partners or other adults who were also working from home. Then add in the kids navigating a sudden switch to distance learning.

It was rapid change, to say the least. This led in turn to other rapid and interesting developments.

In April and May, I started hearing anecdotal evidence about work-from-home families from expensive cities like New York and San Francisco snapping up roomier houses in smaller cities or rural areas, sometimes sight unseen.

After all, they reasoned, why pay premium prices for cramped apartments in cities that no longer offered the amenities that made them worth living in? Housing sales and rental statistics a month or two later showed the exodus from the big cities was, indeed, a real trend.

A recent Fast Company article states 50% more people were looking to leave New York City last October over the previous October, and points to an LA suburb seeing a 128% increase in people moving in during late summer.

According to Realtor.com, buyers are looking for different things now than they did pre-pandemic, and houses with a home office sell faster, and for more money, than those without.

Articles about improving your home office, or carving a dedicated workspace out of your current home, are everywhere.

Airbnb, which has responded to the COVID pandemic more nimbly than hotels, is seeing big changes in the way today’s users search for listings and the words they’re using in their reviews.

The company cites a 128% increase in the phrases “relocation,” “relocate,” “remote work,” and “trying a new neighborhood” over the same time period one year ago.

The article goes on to state:

Of folks who have relocated since the pandemic was declared, 24 percent of them say they moved to a suburb and 21 percent to a rural area, both greater percentages than those who say they moved to cities. And on Airbnb, people who have the opportunity to work from anywhere are actively booking longer stays . . . in small-to-mid-size cities with access to immersive natural surroundings and wide open spaces.

Work from anywhere is affecting travel, too. And this is way more interesting than moving to a bigger house in the ‘burbs.

The World is Your Oyster

During the last decade, freelancers and digital nomads have been traveling the world in ever-increasing numbers, but their visa status has been iffy. Traveling on a tourist visa doesn’t let you legally work in most countries and limits your length of stay.

In the past few months, a number of countries (16 and counting) started offering visas specifically for freelancers and digital nomads, giving them legal status to stay and work in the country for longer periods of time. It’s a way for countries suffering big drops in tourism to infuse funds into their economies since the workers are earning in their home country and spending where they currently live.

I’m watching these trends play out within my own family. One son is preparing to leave his established home in a month to take advantage of Antigua’s digital nomad visa, and a granddaughter has leased an AirBnB in Tblisi, Georgia.

Now, experts are making predictions that feel perfectly reasonable today, but would have seemed impossible 12 months ago:

These are indeed huge changes, and they’ve happened incredibly fast. But because of the choices I’ve made over the past 10 years, I’ve experienced them slowly. I’ve had the time to experiment, test, absorb information, and gain some perspective, which I’m happy to share with you.

Since the lightbulb moment when she realized she’s an Anywhereist, Susanna has been searching out and sharing the best tools, tips, and information to help other anywhereists (and wannabes) to do their best work, anywhere. Find out more about her and sign up for her newsletter at Anywhereist.com