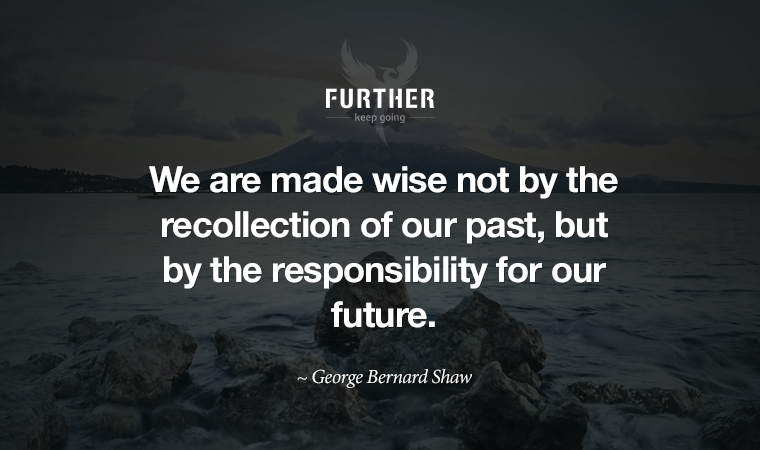 Our sense of self is a story that we tell ourselves.

Our thoughts, memories, triumphs, worries, and regrets are strung together to form a narrative that seems like the permanent “who” that we are. But in reality, there's no tangible essence, even though it certainly feels like there is.

Whether you consult with a neuroscientist, speak to a Zen Buddhist, or reflect upon the writings of philosopher David Hume, you’ll hear the same thing — the self is an illusion.

Who we are is a story of our self — a constructed narrative that our brain creates.

This is good news, because it means you can change your story going forward. You can become a different type of protagonist in your personal narrative, one that experiences life purposefully and joyfully … or at least differently.

But we mostly don’t. Instead, we try to keep anything “bad” from happening to us so we can continue following the safe script we think we should adhere to. When our lives go off script, we see it as a travesty instead of an opportunity for a more interesting adventure.

Even though we're a story, we work to ensure that our lives would make a terrible movie. And if you happen to think your life would make a great movie, that would be because you faced some sort of adversity or challenge that allowed for personal transformation, right?

That’s what great stories are all about. And yet, we dodge adversity whenever we can.

We can change the arc of our story at any time, but we often need life to intervene in an unexpected way. We need a near-death experience, or the loss of a job, or some other event outside of our control that jolts us out of our everyday routine and compels us to take action toward a future that’s more authentically ours.

In fiction, this is called the inciting incident. Without one, you don’t have a compelling story:

The inciting incident is the narrative event that launches the main action. It typically occurs within the first act of the story and means something significant for the main character, most likely impacting their entire life.

But wait … we’re pretty well past our first act at this point, right? Not at all.

The past is simply the backstory of the character you're playing, and you're starring in a new story right now, in the present moment. The question is, how compelling will that story be?

The first half of 2020 has presented us with major inciting incidents. Instead of despairing over the chaos, you can treat this time as an opportunity to change. To look back on this year as a wild sequence of events that ended up being the catalyst for the life you want to live.

Unlike a movie, your story doesn't hinge on how things turn out. Your personal narrative, and the very meaning of life itself, is the experience of life. And that experience should be crafted on your terms, starting immediately.

What we call “success” is usually a story that follows a script written by someone else. What’s your story? It’s beginning right now.

How to Use Your Inner Karen for Good 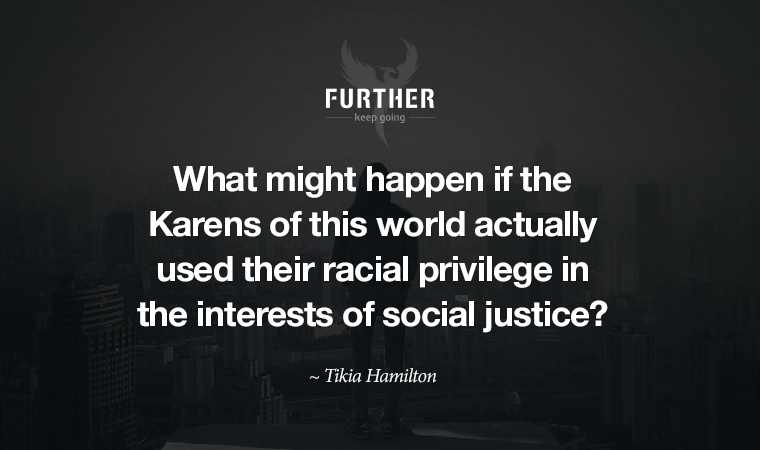 Eighteen years ago, my family moved to a college town known for its progressive population. This illusion quickly fell apart when my kindergartener’s first school event was scheduled on a Jewish High Holiday. After trying the usual channels (teacher, the PTA) with no response, I contacted the school’s new principal, Mrs. Smith.

I came charging in like a Karen, and was met by Mrs. Smith’s cool demeanor and warm smile. She heard my frustration, then shared her story as the first African-American principal in the 96-year-old, predominately white school district.

“Keep speaking up,” she encouraged. “But just know, we have a long way to go.”

What do I mean when I say I was acting like a Karen? It’s basically shorthand for a pushy, entitled middle-aged white woman who runs the gamut from throwing fits at Starbucks when served a lukewarm latte to threatening a black man’s life over her own illegal activity. After all, I was bitching about my kid missing an ice cream social while Mrs. Smith was fielding death threats for breaking racial barriers by doing her job.

Cut to today, where regardless of gender (I’m talking to you, Chad’s dad), it’s time for white people to take sustained action in the fight against racial injustice.

What do you meme by that?

The Karen meme was initially inspired by Kate Gosselin’s “speak to the manager” spiky bob, but its pejorative sense stems from a Dane Cook rant about girls named Karen being “a bag of douche,” and a classic line from Mean Girls:

Oh my god, Karen, you can't just ask people why they're white.

Honestly, you can’t … and saying that “Karen” and her kissing cousin Becky are racial slurs against white women just adds to the cluelessness that sparks popular memes in the first place. While I don’t love the gender bias — or perpetuating the idea of women as nags — truthfully, we white women can be bossy AF. So, can we make some good come of it?

Systemic, institutionalized racism needs to be dismantled — now. And as a white woman, I know I want to do more than merely virtue signaling by hashtagging my “woke” social posts.

Sounds like a start to me. As Mrs. Smith reminded me 18 years ago, it’s not just about her or me; it’s we. So, wake up Karen and smell the latte. We’ve got work to do.

How White Women Can Use Their Privilege to End Racism (Medium) 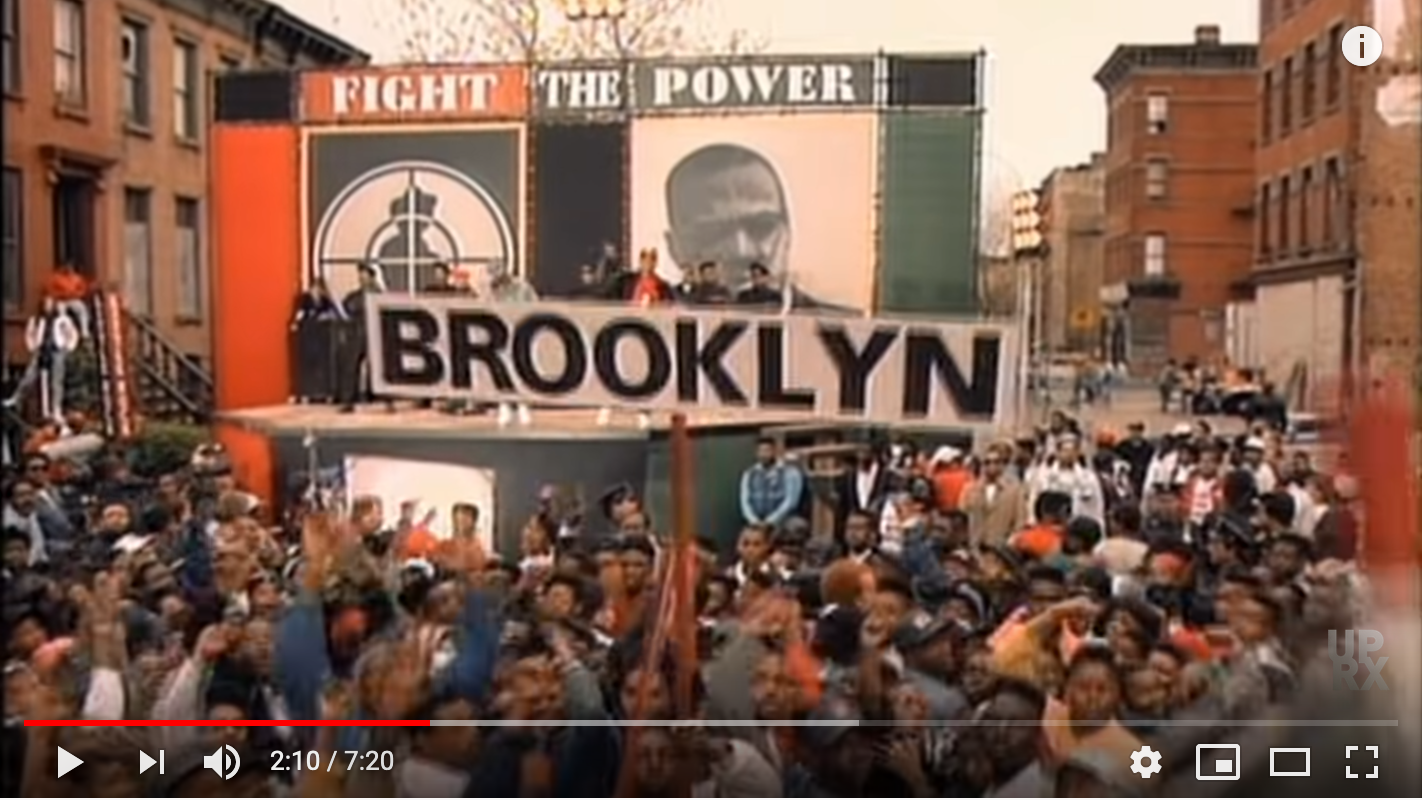 Public Enemy – Fight The Power
Do the Right Thing Soundtrack, 1989

“Law enforcement is necessary. As a species we haven’t evolved past needing that. Fight the Power is not about fighting authority — it’s not that at all. It’s about fighting abuse of power.” ~ Brian Hardgroove, producer and bass player for Public Enemy (YouTube)